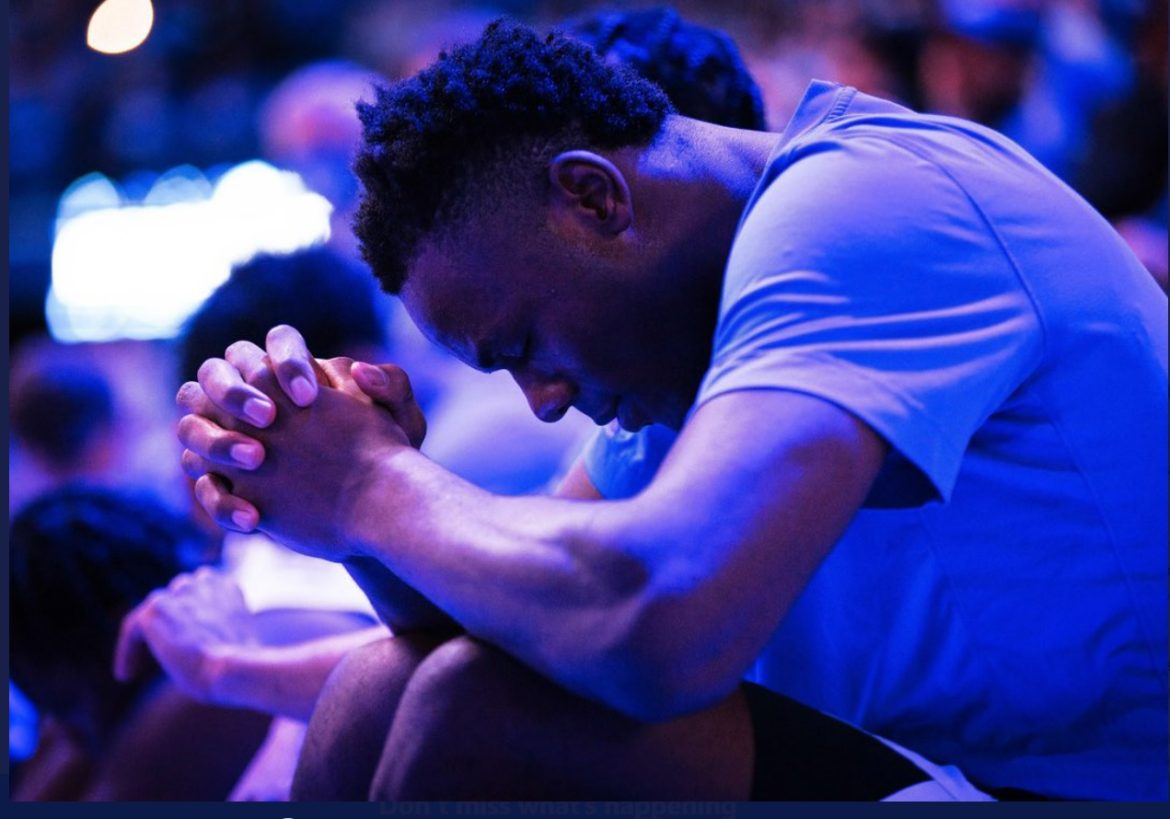 The University of Kentucky’s Oscar Tshiebwe became the first Naismith Men’s College Player of the Year since 2008 to return to school for his senior year rather than entering the NBA draft.

Tshiebwe was projected to be a top-five pick in the draft, yet stunned the sports world by declaring that he would return for his senior year at Kentucky, a decision that he says was made after he prayed, fasted, and asked God for wisdom.

Oscar credits his father for instilling in him the importance of faith in his life. When posed with the difficult decision to become a professional or play one more year of college ball, the Wildcat star said, “My dad told me that God has given us the spirit – the Holy Spirit – who lives within us. The Holy Spirit will guide us, will give us good directions.”

Tshiebwe took his dad’s advice and prayed, “’God, speak to me’… God said: ‘I’m not done with you in this place.’ If God is not done with you, that means He’s still got work to do with you.”

At the time the move seemed to be foolish from an economic standpoint. Because the star only held a student visa, he was precluded from fully taking advantage of lucrative name, image, and likeness (NIL) status in the U.S. This coupled with the loss of millions of dollars he would have earned as a first-year pro didn’t make much sense financially.

Sports analysts and agents were perplexed by his logic, but Tshiebwe told the Sports Spectrum Podcast, “Every time that I’ve listened to the advice of people, I’ve always ended up not making good choices.” He said that this time, he chose to listen to the Holy Spirit.

The unconventional decision required a lot of faith. The young basketball phenom acknowledged this and told the sports outlet, “When you submit everything to God, that means you trust Him, you believe He is going to help you. And the one thing about that is, He’s not gonna lead you the wrong way.”

The young star’s reliance on scripture is apparent as his thoughts seem to reflect what we are told in the book of James. James, the brother of Jesus, advises believers in James 4:7 – Submit yourselves, then, to God. Resist the devil and he will flee from you.

Oscar’s faith continues to be tested as he missed the first two games of the season recovering from arthroscopic knee surgery. Although he had not practiced in a month, he boldly stepped onto the court on November 14.

Various NBA scouts and executives were in attendance to see if Tshiebwe still had it.

He did not disappoint. The young star posted 22 points, 18 rebounds, and 4 blocked shots in a gut-wrenching double overtime loss to Michigan State.

Basketball-U.S lose top spot in FIBA rankings after 12 years as Spain take over