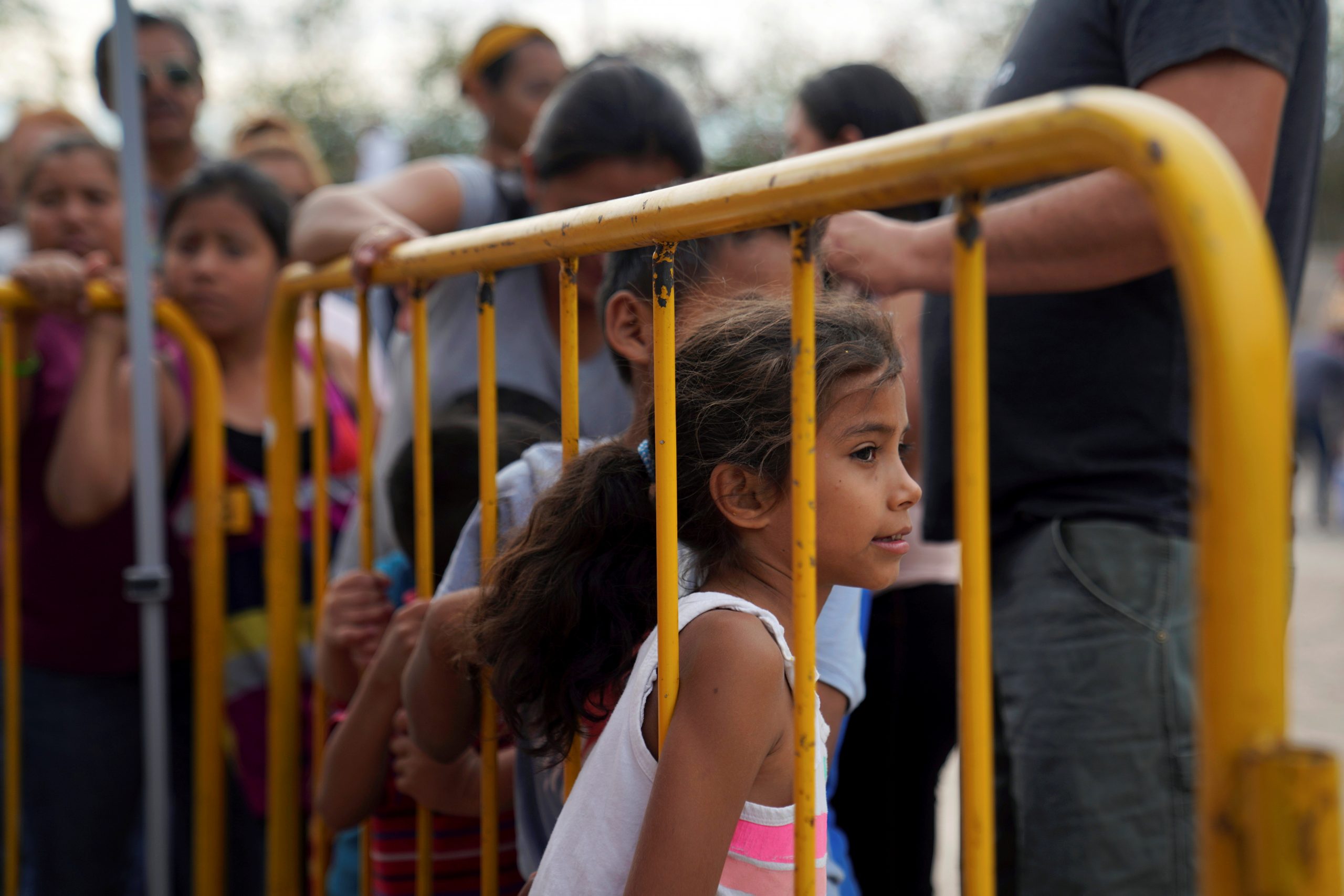 A talking point for Democrats throughout the Trump presidency was that he put “kids in cages” under his zero tolerance border enforcement. Fox News explains that until 2018 “adults were taken to court for criminal proceedings, while their children were separated from them.” If the process took longer than 72 hours or if the charges took longer than 72 hours to process, they were removed from the custody of Customs and Border Protection and sent to the Department of Health and Human Services. Trump ended this policy in 2018 via executive order.

Democrats, including Joe Biden and Kamala Harris, railed against the inhumanity and horror of this policy.  Representative Alexandria Ocasio-Cortez, along with others Democrats, claimed America had concentration camps on the border.

Now, the Biden administration is being accused of hypocrisy as the Department of Health and Human Services is temporarily reopening a teen migrant facility in Texas and Florida.

White House Press Secretary Jenn Psaki said this was done as an emergency measure during the pandemic. She told a Fox News reporter that because of COVID-19 protocol, capacity for unaccompanied children is strained, “because, of course, you can’t have a child in every bed.”

To ensure the health and safety of these kids, HHS took steps to open an emergency facility to add capacity where these kids can be provided the care they need before they are safely placed with families and sponsors. . . So it’s a temporary reopening during COVID-19, our intention is very much to close it, but we want to make sure we can follow COVID protocols.

She said the hope for these teens is that they can “then be transferred to families or sponsors.”  Psaki rejected the accusation that these temporary measures are the same as putting “kids in cages.” She said rather, “this is a facility that was opened that is going to follow the same standards as other HHS facilities. It is not a replication. Certainly not.”

Trump’s hard line immigration enforcement was a hot button issue in the 2020 Presidential election. Michelle Obama used the “kids in cages” line during her speech the Democratic National Convention. The AP fact checked Mrs. Obama and said “the reference to cages is misleading and a matter that Democrats have persistently distorted.” In 2019 both Joe Biden and Kamala Harris made similar remarks about the situation at the border.

During the second 2020 Presidential debate Trump threw the accusation back at Biden, asking “Who built the cages, Joe?”

A Moment In History: The Battle of the Alamo