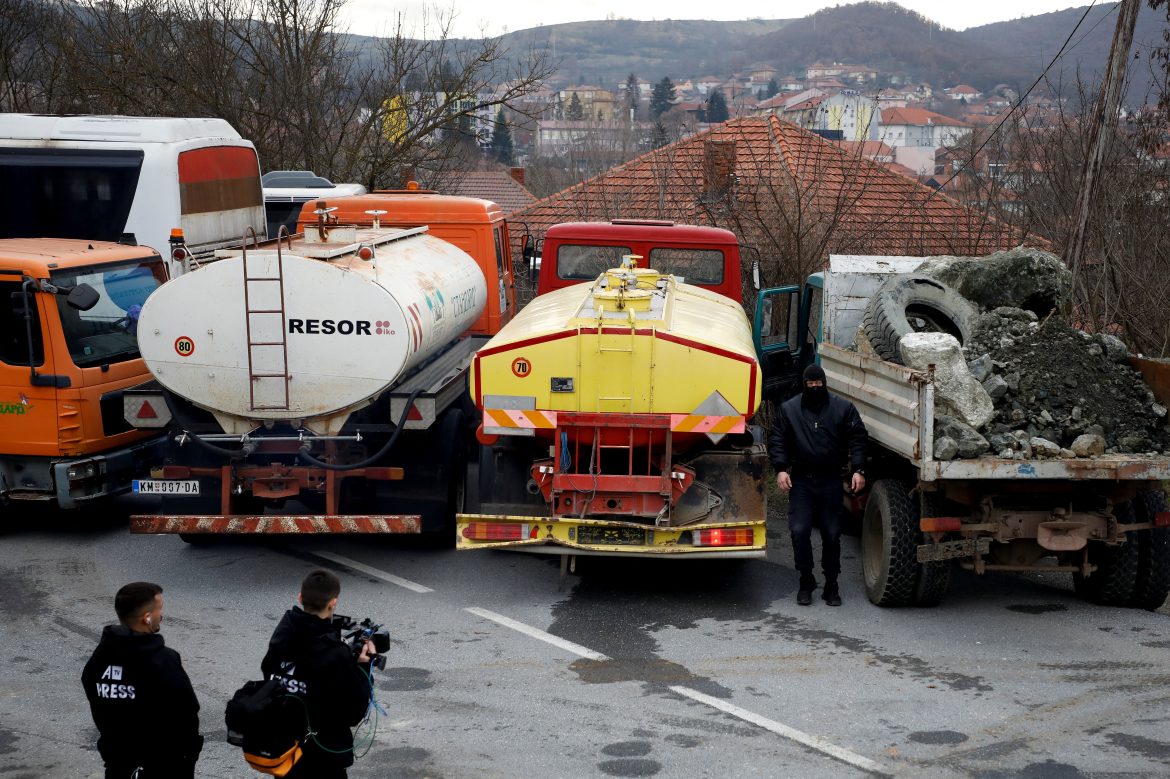 Kosovo opened two border crossings with Serbia in the volatile north on Friday, following three weeks of closure after Serbs set up roadblocks to protest against the government in Pristina in a dispute that has drawn international concern.

The reopening of the crossings came a day after Kosovo police said they had reopened the Merdare crossing — the most important for road freight, linking the landlocked state with western European countries — after roadblocks came down on the Serbian side of the border.

Serbia also ended a three-day-old state of alert on Thursday for its troops as the sides showed signs of bowing to pressure from the European Union and the United States to step back from a mounting confrontation.

“The barricades have been removed from where they were placed and the two border crossings in Jarinje and Brnjak were open for traffic today in the afternoon hours,” Kosovo police said in a statement on Friday.

Around 50,000 Serbs living in northern Kosovo refuse to recognize the government in Pristina or the status of Kosovo as a separate country, which it became in 2008. They have the support of many Serbs in Serbia and its government.

The latest flare-up in tensions came when Serbs in northern Kosovo started erecting roadblocks on Dec. 10 in protest at the arrest of a former Serb policeman. They agreed to start dismantling the barricades after the former policeman was moved from detention to house arrest on Wednesday.

The stand-off at borders followed months of trouble over the issue of car license plates. Kosovo has for years wanted Serbs in the north to switch their Serbian car license plates to ones issued by Pristina, as part of the government’s desire to assert authority over its territory.

Albanian-majority Kosovo declared independence with the backing of the West following a 1998-99 war in which NATO intervened to protect ethnic Albanian citizens.