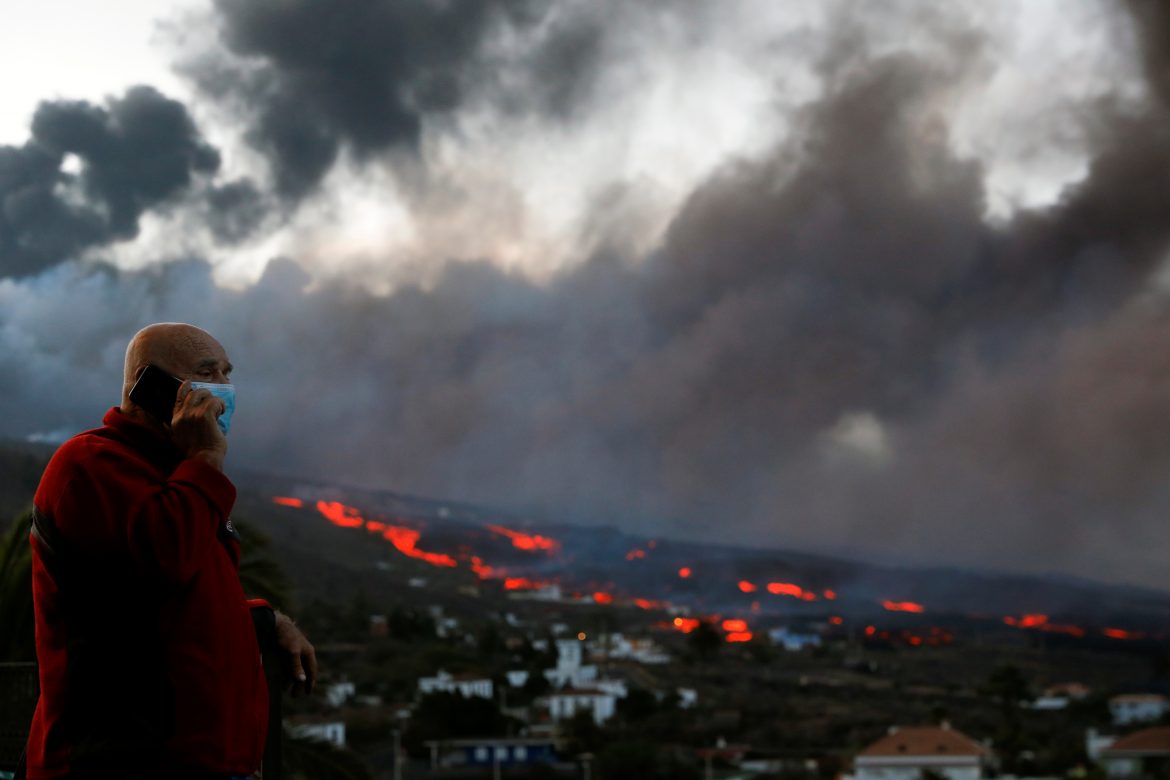 One month after the Cumbre Vieja volcano erupted on the Spanish island of La Palma spewing red-hot lava and ash, Culberta Cruz, her husband and their dog are living in a tiny caravan on a parking lot and see no end to the ordeal in sight.

“I’m tired, so tired … but who are we to fight against nature?,” the 56-year-old hospital kitchen worker said, sitting on a camping chair.

Her husband, banana grower Tono Gonzalez, was pulling electric cables and water hoses to connect to the vehicle, their French bulldog looking on. The couple have been living in the small camping car for a month, constantly brushing volcanic ash off the vehicle.

“One day it’s exploding there, the other a vent opens here, it’s just anguish and living in fear, waiting and praying for it to stop erupting,” Cruz said. “And it’s a lot of sadness for those who lost their homes.”

Streams of red-hot lava have engulfed almost 800 hectares (2,000 acres) of land, destroying about 2,000 buildings and many banana plantations since the eruption started on Sept. 19. More than 6,000 people have had to leave their homes.

At sundown, dozens of villagers prayed in front of a statue of the Virgin of Los Pinos, carried in a procession outside a church from where the eruption was visible.

“We come to ask her with faith so that this ends as soon as possible because this is a great misfortune,” said Laura Rodriguez, from the village of Tacande, after attending the religious ceremony.

Carmen del Fresno, from the National Geographic Institute’s volcano monitoring department, told Reuters the eruption was unlikely to stop for at least another week, but there was no way to predict how long it would last.

“Historical records show eruptions lasting 24 to 84 days … It would be logical to assume something within those bounds, but we cannot risk (predicting) anything.”

After being ordered to evacuate, Cruz and Gonzalez first stayed at a relative’s farm and then took the caravan to the parking lot where they could get fresh water and a bit of electricity. They are now looking into renting an apartment that accepts pets.

“We don’t know when it’s going to stop, that’s the problem. This is nature and we have to deal with it, it’s bigger than us,” said Gonzalez.