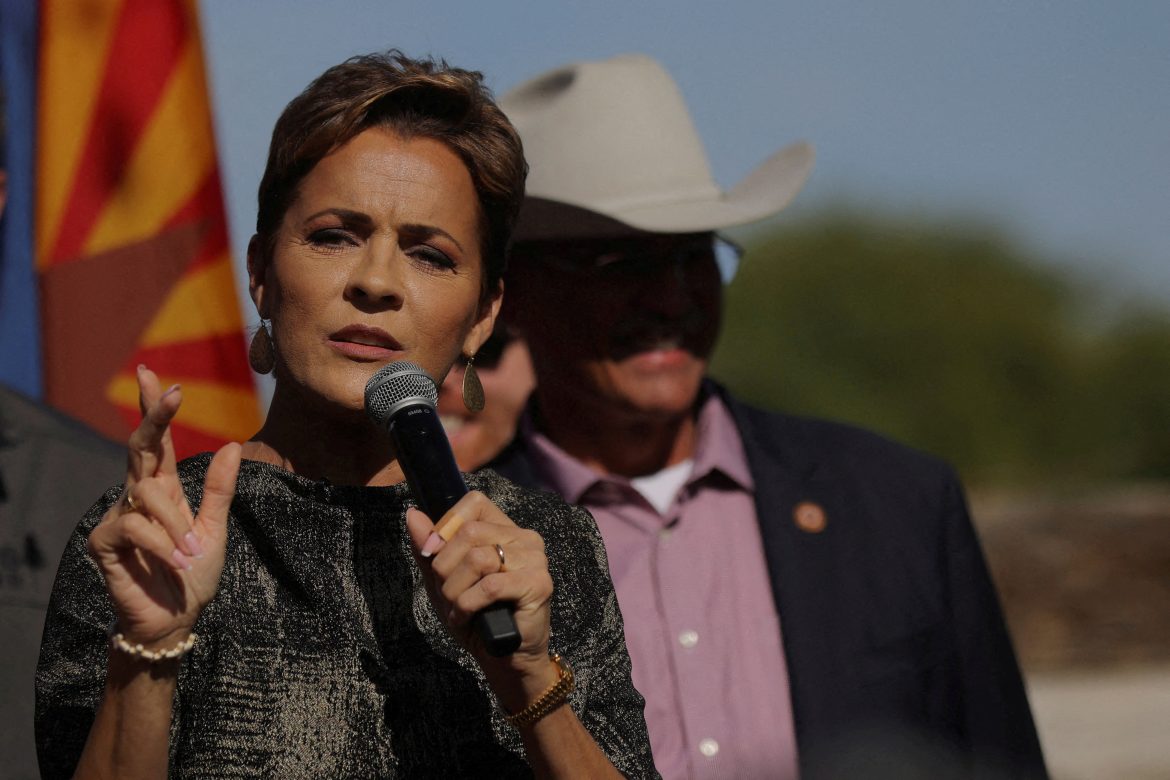 The Arizona gubernatorial race is likely heading for a courtroom as Republican Kari Lake has indicated she will fight the results.

Thursday, Lake posted a video on Twitter under the heading “Arizona, we are still in the fight.”

Arizona, we are still in the fight. pic.twitter.com/ytaGvqG5J0

In the video Lake states, “Rest assured, I have assembled the best and brightest legal team, and we are exploring every avenue to correct the many wrongs that have been done this past week. I’m doing everything in my power to right these wrongs.”

The root of Lake’s complaint, and also that of Blake Masters, who lost in his bid to become an Arizona senator, is alleged issues with voting and vote tabulation in Maricopa County, where printer malfunctions caused 200-plus voting machines to print ballots with ink too light to be read by vote-tabulation machines.

This issue caused some delays on Election Day, a matter local election officials have stated did not infringe upon any voter’s opportunity to participate in the election or skew the results.

Gates and Hickman continued, “This enables all valid votes to count even if technology, on occasion, fails. Voters impacted by the printer issue had several ways to cast their ballot yesterday, including dropping their completed ballot into a secure box (door 3) on site. Those ballots will be verified as legitimate and then tabulated.”

Lake has stated voters in the county were disenfranchised. Masters, too, has lashed out at Maricopa County.

“Every member of the Maricopa County Board of Supervisors should lose their job. If they had any honor, they would resign in disgrace. They all deserve to be recalled by the voters and investigated by the [attorney general],” Masters tweeted Thursday.

Every member of the Maricopa County Board of Supervisors should lose their job. If they had any honor, they would resign in disgrace. They all deserve to be recalled by the voters, and investigated by the AG (pray that @AbrahamHamadeh makes it in).

While an attorney general’s investigation has not been instituted, that office has begun to involve itself in the post-election fracas.

On Saturday, conservative activist Charlie Kirk shared a letter from Arizona Assistant Jennifer Wright that was addressed to the Maricopa County Attorney’s Office in which Wright, in her capacity as a member of the state’s Election Integrity Unit, requested Maricopa respond to a series of concerns about voting in the county.

BREAKING: The Elections Integrity Unit of the Arizona Attorney General’s Office has officially demanded a response from Maricopa County "pertaining to issues related to the administration of the 2022 General Election in Maricopa County." pic.twitter.com/PeYMK4F8Vq

Wright said the integrity unit had received hundreds of complaints about Maricopa County in the days since the election.

Among the concerns raised in the letter were the aforementioned printer problem, stories that voters who attempted to move to other voting locations during the printer malfunction were unable to do so, and worries about how votes were counted.

None of these matters has yet risen to the level of an allegation of wrongdoing, although Wright wrote “Maricopa County appears to have failed to adhere to the statutory guidelines in segregating, counting, tabulating, tallying, and transporting” the so-called “Door 3” ballots.

These were ballots that, for one of several reasons, were unreadable to a vote-tabulation machine.

In such cases, voters had the option of placing their ballots in a secure box, which was transported to another location for counting, sometimes by an arbitration board. Arizona Central reports about 17,000 of these ballots existed in Maricopa County.

It is unclear how many of those ballots have since been counted or for whom a vote was cast.