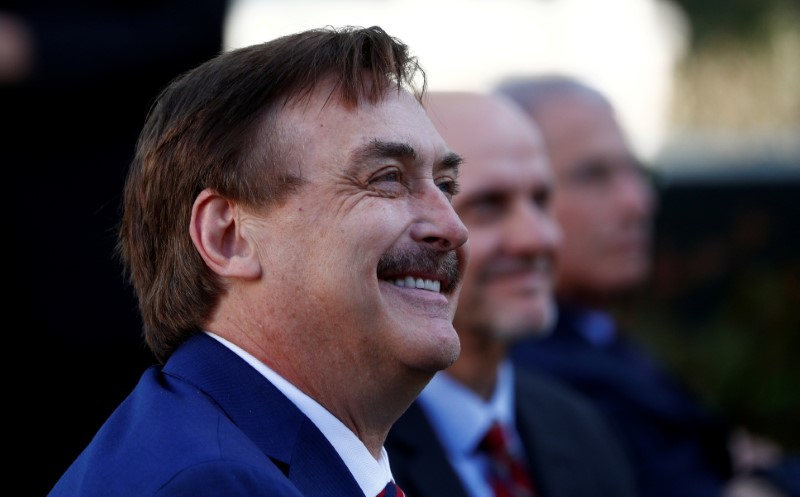 MyPillow CEO Mike Lindell held his “cyber symposium” in South Dakota this week where the business man intended to lay out evidence of massive voter fraud in the 2020 Presidential election.

FISM News caught up with Lindell at NRB in Grapevine, Texas, earlier this summer, where he promoted the symposium.

Lindell told attendees that he would not be taking any breaks and would stay on stage “for 72 hours,” but his plans changed when it was announced that Dominion Voting Systems’ lawsuit against the CEO would be moving forward. Lindell quickly left the stage following the news.

Lindell, along with Rudy Giulani and Sidney Powell, attempted to have the case dismissed on freedom of speech grounds, but U.S. District Judge Carl Nichols said the the First Amendment doesn’t provide “blanket immunity.” The defendants could have to pay more than a billion dollars each to Dominon if they lose the suit. Conservative news outlets Newsmax and One America News Network (OAN) also face lawsuits from Dominion.

Alan Dershowitz, prominent free speech advocate and a member of Lindell’s legal team, decried the court’s decision saying the judge’s opinion “does considerable damage to freedom of speech.” Dershowitz, appearing at the symposium via video said, “The First Amendment is being used as a sword, not a shield, against Mike Lindell and MyPillow,” adding, “Tomorrow, it could be used against you and me.”

Meanwhile, on Thursday Lindell told the audience he was attacked by Antifa-like protestors at his hotel, but assured the guests that he was “OK.” Lindell did not elaborate on the altercation. Police confirmed an assault had occurred at a hotel in the area.

US to Evacuate Civilians as Taliban Takes Over Strategic Southern Cities