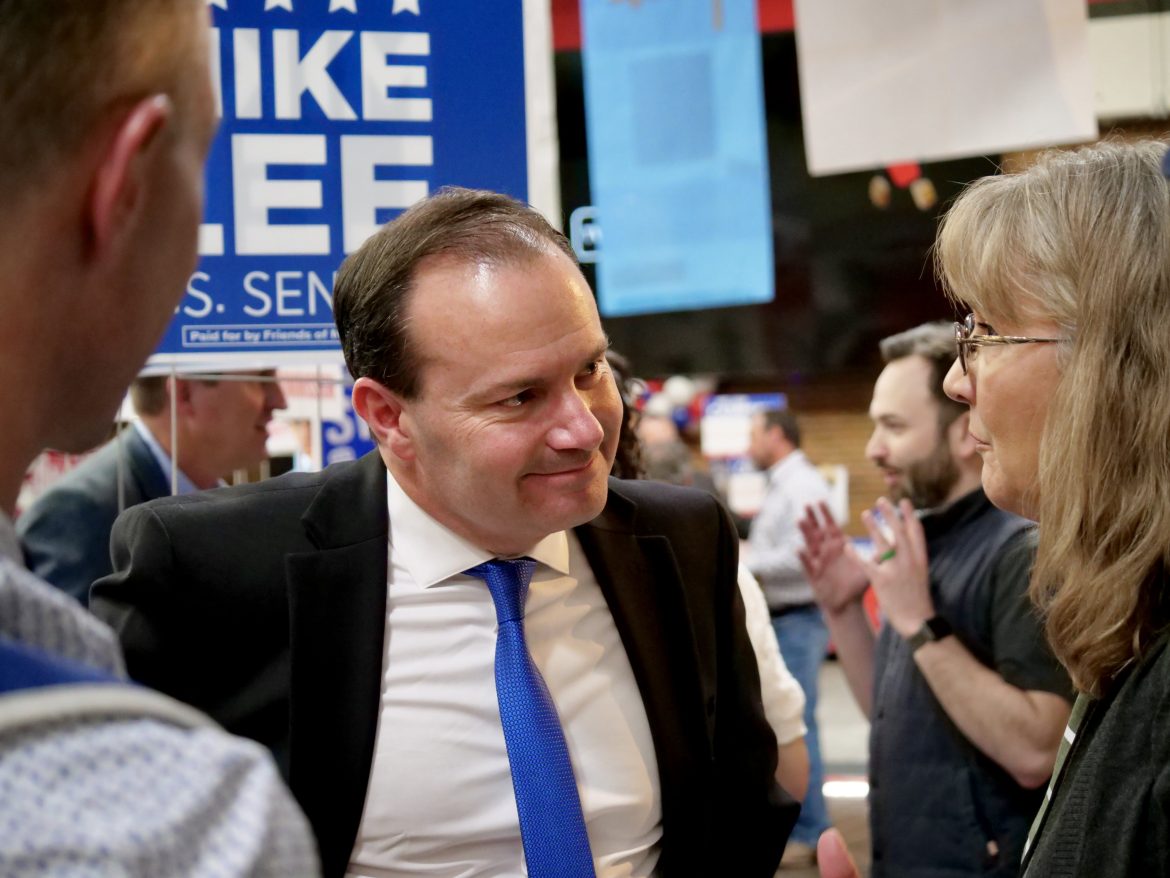 Late last month, to virtually no fanfare, Utah Republican Sen. Mike Lee introduced an act that would increase pressure on adult sites to verify the age of people appearing in lude content on their platforms.

Although the bill has yet to establish much traction in the public eye or among legislators, this week it got a ringing endorsement from a group that could light a fire under Congressional seats.

As first reported by the Daily Wire, 200 survivors of image-based sex abuse (IBSA), including 141 from the U.S. and 59 from other nations, wrote a letter to Congress urging members of both chambers to pass the PROTECT Act.

“As survivors, we know the personal toll that IBSA has had and continues to have on our personal wellbeing,” the letter reads.

So long as the status quo remains, countless more individuals are set to become victims of IBSA in the future. That is why the PROTECT ACT must be passed. It is time to require age and consent verification for sexually explicit materials online to prevent significant trauma and abuse.

The PROTECT Act, which stands for Preventing Rampant Online Technological Exploitation and Criminal Trafficking, would require pornography websites to verify the age of users who upload content and for each individual appearing in videos or images on their sites.

“Pornography sites need to do more to prevent the exploitation that is occurring on their platforms and allow individuals to remove images shared without their consent,” Lee said in a statement shortly after announcing the bill. “The PROTECT Act is a step in that direction.”

To call image-based sexual abuse a problem would be an understatement.

The survivors provided numerous studies that indicate a growing problem of children and adults alike being asked to create lude content for the lustful desires of a horde of online consumers. Equally troubling, others have been threatened with having sexual images and videos of themselves shared online, even if those images are not real.

“Often, [imaged-based sexual abuse] includes the use of sexually explicit or sexualized materials to groom or extort a person, or to advertise commercial sexual abuse,” the letter reads.

The survivors state that LGBTQ individuals face an increased risk, about 17% higher than heterosexuals, of being subjected to this crime.

When he introduced the bill, Lee cited a Utah law enforcement statistic that suggests a 600% increase in cases involving the sexual exploitation of children, inclusive of both pornography and sex crimes, since 2020.

Given the prevalence of the problem and the wide scope of people impacted, the PROTECT Act is uniquely positioned to garner substantially more attention and bipartisan support.

To date, though, virtually no one in the mainstream media nor members of Congress have given any attention to the PROTECT Act.

A Google search of Lee’s name reveals plenty of coverage of the senator’s quest for reelection, but no mention of the child-protection act he champions.