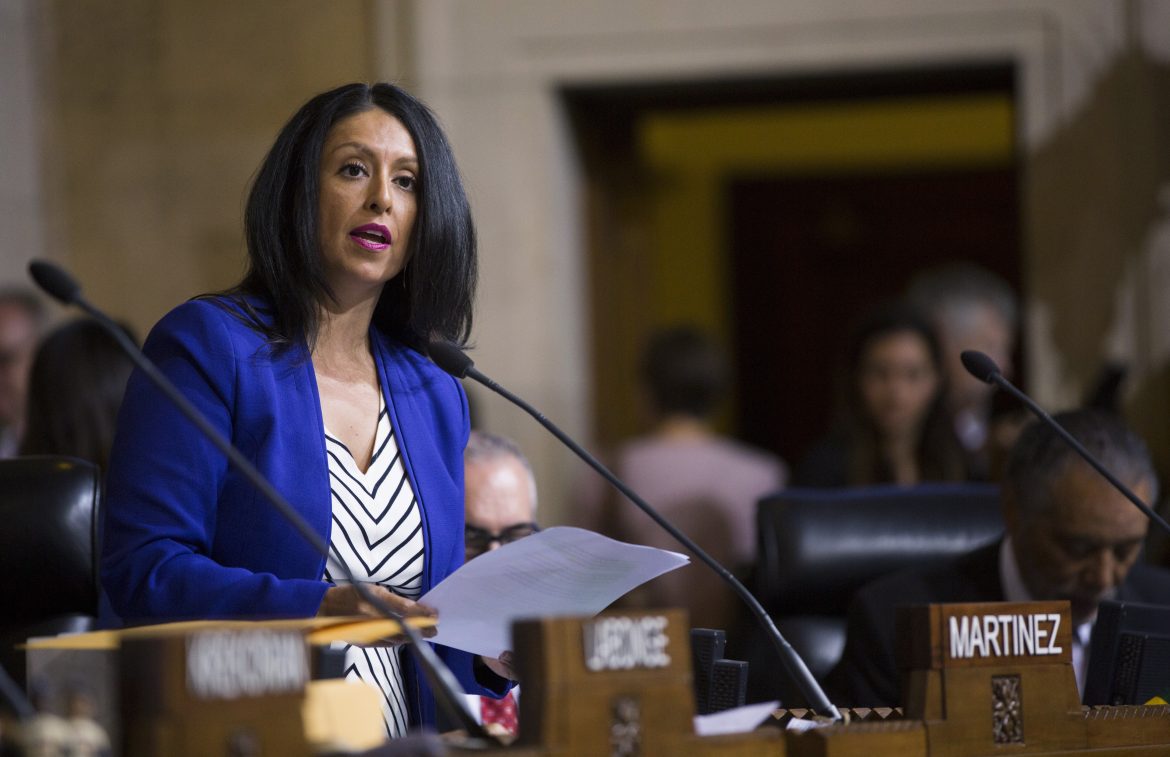 The Los Angeles City Council ⁠— which consists of 14 Democrats, one independent, and no Republicans ⁠— stands to lose a fifth of its members after audio leaked of the council president making racist remarks about a white council member who is raising a black son.

Council President Nury Martinez has already apologized and resigned from her leadership position after she was recorded making disparaging remarks about fellow council member Mike Bonin and his 6-year-old son.

In the audio, Martinez can be heard saying, “Bonin thinks he’s f****** black.” Martinez also accused Bonin of treating “his young Black son as though he were an accessory.”

As for the son, Martinez referred to the child (in Spanish) as “Parece changuito,” or “He’s like a monkey.”

“I take responsibility for what I said and there are no excuses for those comments. I’m so sorry,” Martinez said in the statement. “As someone who believes deeply in the empowerment of communities of color, I recognize my comments undercut that goal.”

While Kevin de León and Gil Cedillo, both Democrats, did not make any racist remarks, they are nonetheless experiencing pressure to resign, presumably for not having reported the matter.

Bonin, who is gay, called for resignations in a lengthy statement issued on behalf of himself, his husband, and his child.

Our family statement about today's ugly and hateful news. pic.twitter.com/0fPPXwsS5B

“We are appalled, angry, and absolutely disgusted that Nury Martinez attacked our son with horrific racist slurs, and talked about her desire to physically harm him. It’s vile, abhorrent, and utterly disgraceful,” the statement reads.

“Bigotry, violence, and division too often live in unseen and unheard places, but have severe consequences on the lives of our fellow Angelenos when they are not confronted and left to infect our public and private lives,” Garcetti said in a statement to the Times.

Garcetti went on to say that all three members resigning was “the right response.”