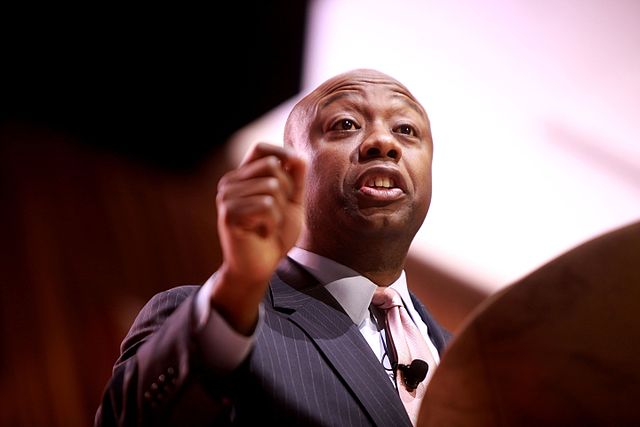 The far left caucus in the United States has proven its wickedness and hypocrisy once again.  Its latest target is Republican Senator Tim Scott from South Carolina.  During his GOP response message to President Joe Biden’s first speech to Congress, Scott pulled the curtain back on the reality of racial hatred in the United States.  He said rightly that America is not a racist country.  Even more profoundly, Scott explained that he has also experienced racial hatred as a black man, but not from conservatives.  He said,

I get called “Uncle Tom” and the n-word by progressives…I know firsthand, our healing is not finished.

One does not need to look far on social media to find proof of Scott’s claim.  Hundreds of “inclusive” progressives took to Twitter to blast the Senator after his speech.  Some said his reception of racial slurs is “well-earned;” others called him the “new blackface.”  And some on Twitter did indeed call him racial slurs that are not appropriate to be shared here, proving the Senator’s claim.  Of course, Twitter did not block or remove the hateful tweets.  The hypocrisy of the left is exposed once again, as those that claim to be the most “tolerant” prove to be the most hateful in reality.

If that was not enough, one of the nation’s largest liberal news machines, The Washington Post, ran a “fact check” article to counter Scott’s rags-to-riches heritage.  Scott shared his own family history in America, going from “cotton to congress” in the span of a century.  The “omnipotent” Washington Post “corrected” Scott’s account, claiming that Scott’s family did not qualify as truly “impoverished” since they owned land.

A Moment In History: The Battle of Lexington and Concord