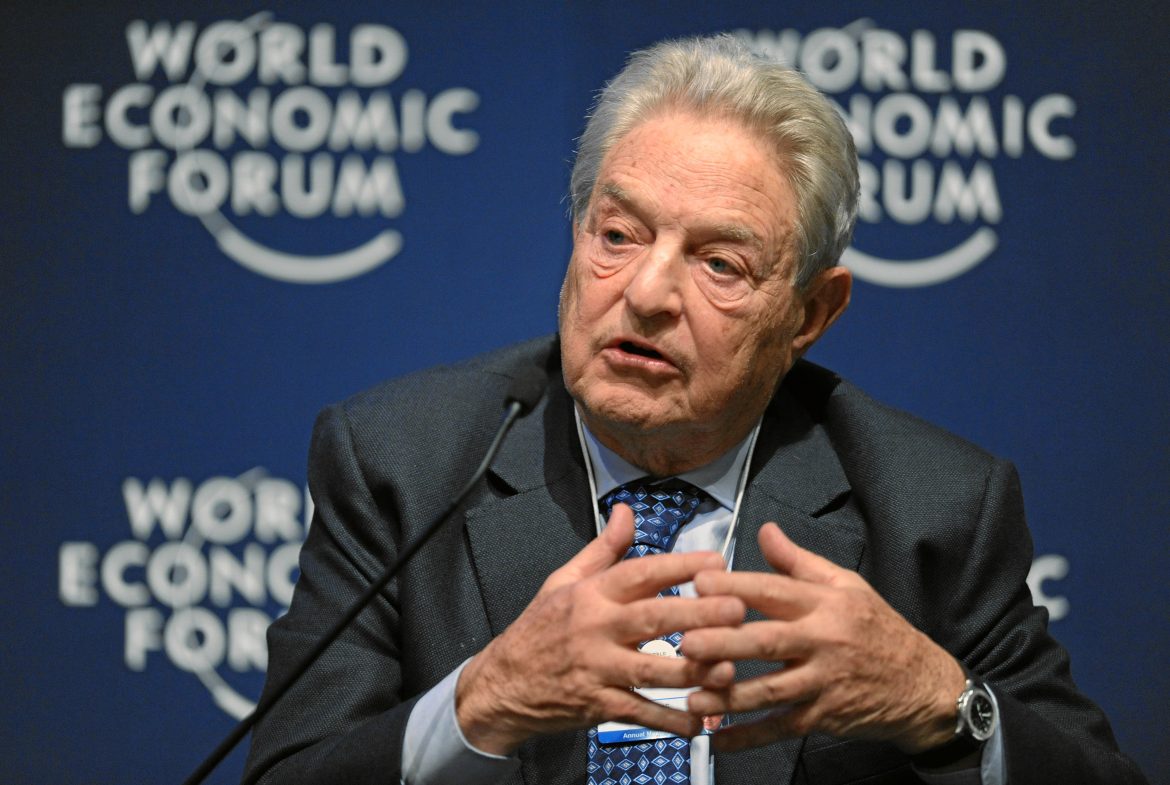 According to a new analysis by MRC Business, liberal billionaire George Soros has financial ties to organizations connected to some of the most powerful media characters in the US and internationally.

“The over $32 billion that leftist billionaire George Soros poured into his organizations to spread his radical ‘open society’ agenda on abortion, Marxist economics, anti-Americanism, defunding the police, environmental extremism and LGBT fanaticism around the globe has paid dividends,” MRC Business analysts Joseph Vazquez and Daniel Schneider wrote according to Fox News.

“In fact, his funding has helped him establish ties with some of the biggest name media personalities in the United States and abroad which help indoctrinate millions with his views on a day-to-day basis. MRC Business found at least 54 prominent media figures … who are tied to Soros through their connections to organizations that he funds,” Vazquez and Schneider continued. “These include personalities like ‘NBC Nightly News’ anchor Lester Holt and The Washington Post executive editor Sally Buzbee.”

A three-part series on the scope of Soros’ influence on the global media was released by MRC Business, a division of the conservative Media Research Center. According to a recent analysis, Soros spent at least $131 million to sway 253 media organizations between 2016 and 2020. The analysis discovered many media professionals who were financially connected to Soros, including CNN’s Christiane Amanpour and co-founder of Bloomberg News Matthew Winkler.

“This network of media ties allows Soros to hold sizable influence over the stories that the media covers, how they cover those stories, and what stories they don’t cover,” Vazquez and Schneider wrote. “The others encompass reporters, anchors, columnists, editors, news executives and journalists linked to organizations like ABC, CBS, NPR, Bloomberg News, Reuters, The New York Times and a host of additional outlets.”

Through the Committee to Protect Journalists (CPJ), which got $2.7 million from organizations with Soros’ support, many media professionals are connected to him. On the board of the CPJ are people such as Winkler, Holt, Buzbee, and Amanpour. The MRC discovered numerous instances of CPJ board members forcefully and discreetly defending Soros in their news reports.

Not all of the influential media figures funded by Soros’ money are on camera. Cesar Conde, the head of NBCUniversal News Group and the person behind NBC News, MSNBC, and CNBC, is also connected to Soros’ money via the Aspen Institute, which gave him a Henry Crown Fellowship. The investigation found that between 2016 and 2020, Soros’ organizations contributed more than $1.1 million to the Aspen Institute.

A recent study by The Edelman Trust Barometer found that more than two-thirds of those surveyed expressed concern that reporters and journalists “purposely trying to mislead people by saying things they know are false or gross exaggerations.”

The percentage of mistrust of journalists is the greatest of all the categories mentioned. Additionally, the results demonstrate that this category has the largest proportion, with a difference of one point above those in government. The most recent result is eight points higher than last year’s, demonstrating that public confidence in the media is declining quickly.

However, journalists performed somewhat better when the question was stated differently. Government officials then had the lowest rating (42%), followed by journalists (46%), among the categories mentioned.

Scientists and fellow employees received 75% and 74% of the respondents’ trust, respectively. The most recent research confirms the declining public confidence in the media. Only 35% of those polled believed that media were a uniting factor, while 46% said the media divided society.

In Mexico, a reporter published a story. The next day he was dead