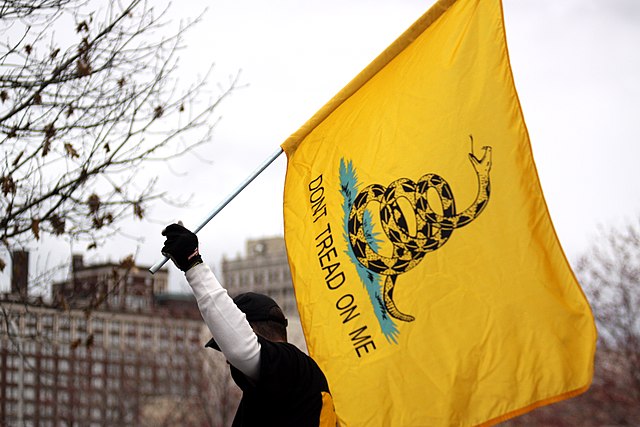 Far too often in 2021, symbols of American patriotism have been demonized by the radical left as symbols of racism and oppression.  The latest instance came in a strange way – on the back of Boston Celtics’ star guard Kemba Walker, before the Celtics’ play-in game against the Washington Wizards this past week.  Walker arrived at the Celtics’ home court in Boston before the game wearing a jacket with the American Gadsden Flag on the back.

For historical context, the Gadsden Flag is the familiar yellow flag with a rattlesnake coiled below the words “Don’t Tread On Me.” It was created during the American War for Independence to fly as a statement against inappropriate government interference over personal freedom, which was a root cause for the fight for freedom during the American Revolution. Many conservatives in the modern United States have resurrected the flag as a symbol for liberty against a government that has far too often extended its reach into personal freedom.

To be clear, the Gladsden Flag has nothing to do with promoting racism or oppression.  If anything, it actually defies oppression.  Despite this, many on the left were outraged that the NBA star wore a jacket that, in their minds, celebrated “racism.”  Many leftists berated Walker on Twitter, condemning him for wearing a “neo-Nazi” jacket.  Another woke warrior said tastelessly, “Somebody flagrant foul him real quick.”  Under intense backlash, the Celtics removed a tweet with the picture of Walker in the jacket.

Walker had no ill intentions in wearing the jacket.  When a reporter asked if Walker meant the jacket as some kind of statement, he calmly said,

I have no idea. The colors looked good, it went with my sneakers, that’s all.

Kemba Walker was asked about wearing this jacket which has a flag associated with far-right politics. His answer made it pretty apparent he has no idea what it means, saying he liked the colors and the way it looked. No message meant by it. pic.twitter.com/BKSXFypFfr

As it turns out, Walker was excellent in the play-in game, scoring 29 points and leading the Celtics to a win and a playoff birth.  The Celtics will face the 2-seed Brooklyn Nets in the first round of the Eastern Conference Playoffs, starting Saturday.