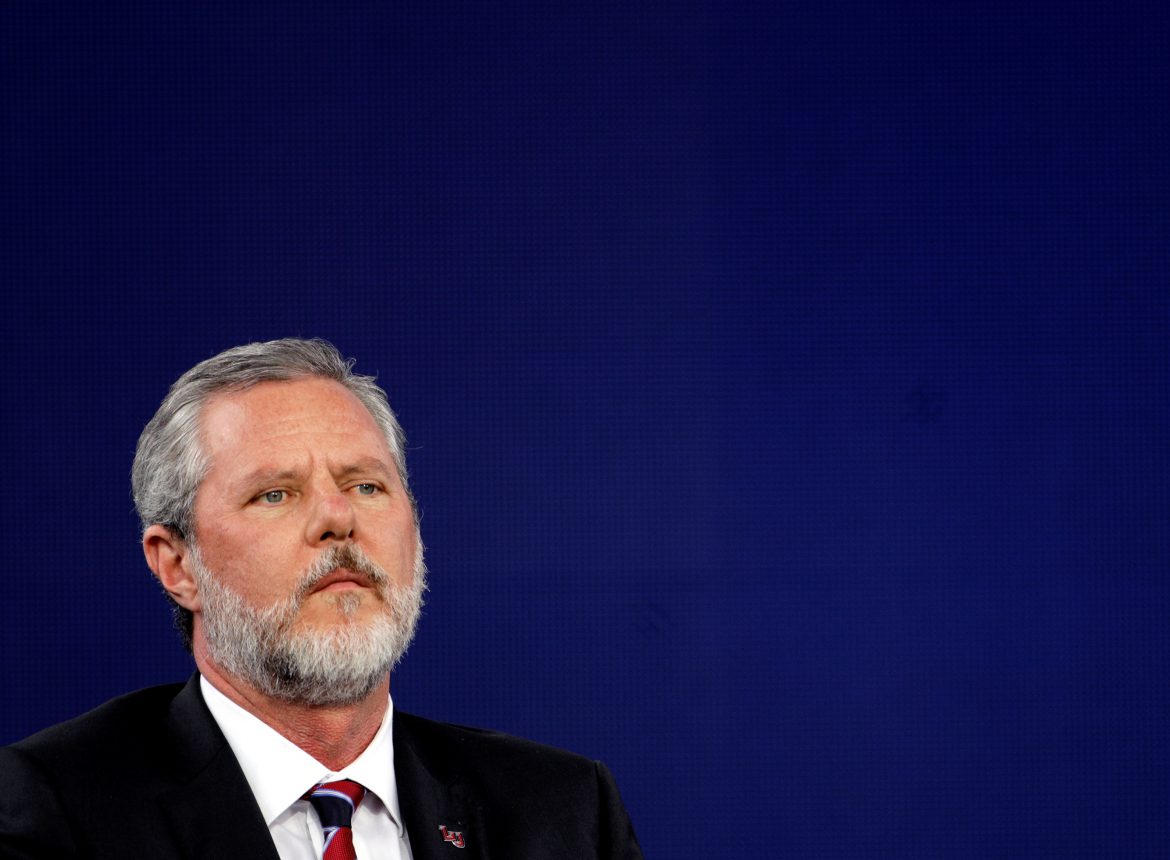 Liberty University, based in Lynchburg, Virginia, is filing a multi-million dollar lawsuit against its former president Jerry Falwell Jr. over issues revolving around a sex scandal that became public in the summer of 2020.  Falwell Jr. resigned from his post as president in August of 2020, a position he’d held since the death of his father, American televangelist and founder of Liberty University Rev. Jerry Falwell Sr., in 2007.  According to some sources, the university is seeking as much as $30 million in total damages.

Contrary to some reports, Falwell Jr. did not resign due to his public support of President Donald Trump.  He left his position at Liberty when reports began surfacing of a consensual sexual triangle between Jerry, his wife Becki, and a young friend of the family, Giancarlo Granda.  Though the duration of the affair is disputed, the Falwells confessed that the allegations were true.  Some reports indicated that Falwell Jr. not only approved of the affair, but also observed his wife and her partner in their sexual activity, to the mutual agreement of all parties involved.

Around the same time, Falwell Jr. posted an inappropriate photo on social media with a much younger pregnant woman in which the two are standing arm-in-arm and appear to be enjoying alcoholic beverages together while at a party.  These scandalous incidences led to Falwell Jr.’s resignation.

Liberty University is an institution that desires to exhibit a biblical worldview and hold fast to its Christian heritage.  Clearly, there is ample justification for legal action against a man who seemed to care very little about his integrity as the leader of an unashamedly biblical university.

The university is suing its former president for “fashioning a deceitful scheme to manipulate the Executive Committee at Liberty.”  The suit is based on accusations that Falwell Jr. committed a breach of contract, breach of fiduciary duty, and statutory conspiracy.  According to various sources, Falwell Jr. has not yet publicly commented on the lawsuit.  He did file a defamation suit of his own against Liberty in the fall of 2020, but dropped the charges in December.