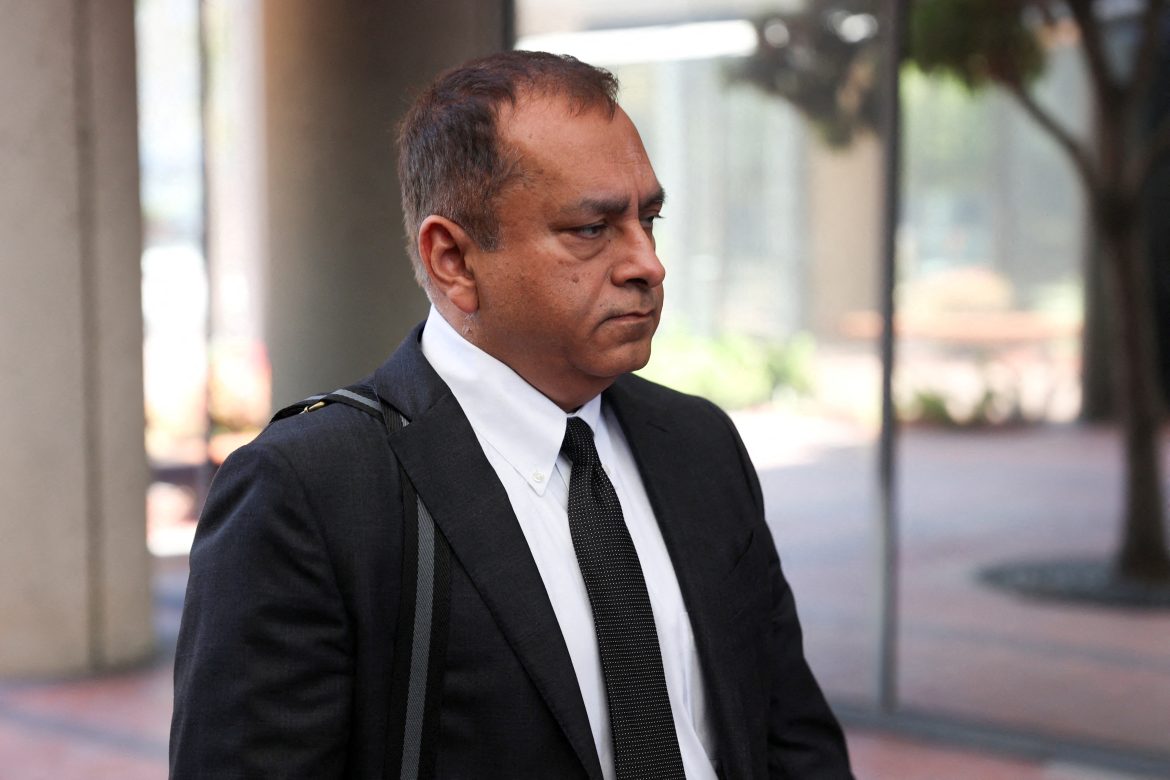 A California jury on Thursday convicted former Theranos Inc President Ramesh “Sunny” Balwani of defrauding investors and patients about the blood testing startup that was once valued at $9 billion.

The San Jose jury deliberated for a little more than five days before convicting Balwani on two counts of conspiracy and 10 counts of fraud, a spokesperson for U.S. Attorney Stephanie Hinds said.

Sentencing was scheduled for Nov. 15.

Theranos founder Elizabeth Holmes, who initially faced the same charges, was convicted on three counts of fraud and one count of conspiracy at a separate trial in January. She is scheduled to be sentenced on Sept. 26.

They were granted separate trials after Holmes said she would testify that Balwani was abusive towards her in their romantic relationship. Balwani denied the allegations.

“We are gratified by the jury’s hard work and attentiveness to the evidence presented,” Hinds said in a statement. “We appreciate the verdict and look forward to sentencing proceedings.”

Balwani’s attorney Jeffrey Coopersmith said the defense was “obviously disappointed with the verdicts” and would consider all options including an appeal.

Balwani and Holmes were charged in 2018 with lying to investors about the company’s finances and its machines’ ability to run a broad range of tests from a few drops of blood. Prosecutors also charged the pair with duping patients about the tests’ accuracy.

Theranos investors were drawn to Holmes, with her deep, authoritative voice, black Steve Jobs-esque turtleneck and her promise to upend the laboratory testing industry by creating portable machines that could run a broad array of tests.

The company touted work with drugmakers, pharmacies and the U.S. military and received investments from media mogul Rupert Murdoch.

Theranos collapsed after the Wall Street Journal published a series of articles, starting in 2015, that suggested its devices were flawed and inaccurate.

At trial, Holmes made the somewhat unusual decision to testify in her own defense and denied lying to investors. She has argued that the evidence was insufficient to support the verdict.

Reverse Mortgage — What to know before getting a reverse mortgage.

Yield Curve — Understanding the inverted yield curve and its relation to recession.