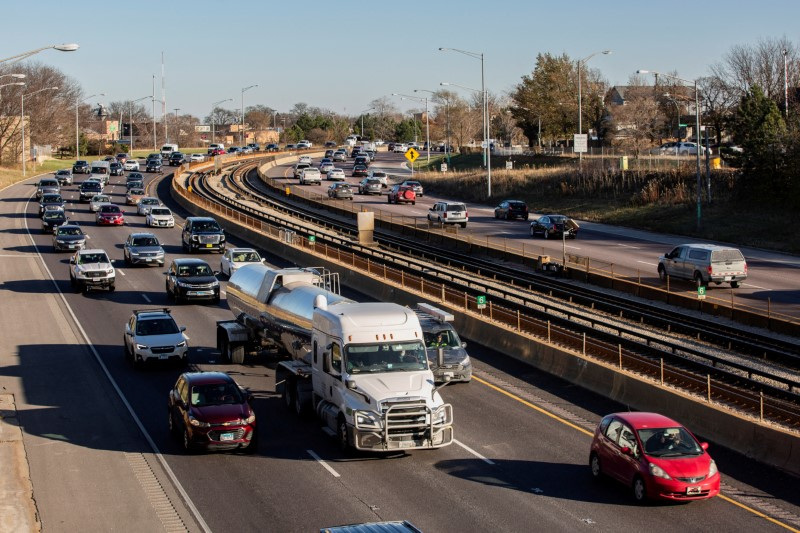 A growing number of states are moving toward mileage-based road usage fees, which translates to a tax that drivers would pay for each mile traveled.

The pay-per-mile fees would help make up for projected state and federal revenue losses from declining gas sales in the push toward electric vehicles. California, Oregon, Texas, Utah, and Virginia have already implemented pilot programs, though at least 31 other states are either considering or in the process of implementing mileage-based taxes, according to Conservative News Daily.

The Epoch Times reported that the Federal government currently collects 18.4 cents for every gallon of gas sold in the U.S. and 24.4 cents for each gallon of diesel. The loss of purchasing power caused by inflation, factored in with the looming demise of gas-powered vehicles, has left the Fed and state governments scrambling to come up with ways to ensure continued funding for road repairs and public transportation. To that end, most have settled on mileage-based user fees (MBUF), vehicle miles traveled fees (VMT), road user charges (RUCs), or highway use fees (HUF).

“All vehicles are going farther on less gas, and that is great for our wallets, especially with the gas prices going up. But it’s not so good when our transportation system is dependent on that fuel tax,” Trish Hendren, executive director of the Eastern Transportation Coalition, said. “The link between usage and payment is broken.”

In 2020, Virginia implemented a highway use fee (HUF) for electric and high-efficiency gas vehicles which is partially calculated from a vehicle’s fuel efficiency. Mileage is recorded through a device installed in the vehicles that connects to a Smartphone. The pilot program gives drivers paying the HUF the option to pay on a per-mile basis. Oregon and Utah have implemented similar programs.

Critics argue that these programs not only represent an added tax but also provide the government with another means of monitoring the movements of private citizens. Proponents have sought, perhaps misguidedly, to alleviate privacy concerns by pointing out the myriad of other ways Americans’ comings and goings are already being tracked. A Georgia Joint Study Committee of Electrification on Transportation actually included in a Nov. 2022 report a quote from a New Jersey focus study group participant who said: “Even if you were tracking with GPS, my phone and other apps do that as well. I use E-Z Pass on toll roads and that tracks me.”

Familiar-sounding assurances that the government won’t have access to this sensitive information, given that the programs will likely be monitored by a third party, have likely done little to assure wary Americans, though Hendren claimed that privacy concerns fell significantly among pilot program participants in New Jersey, Pennsylvania, and other states.