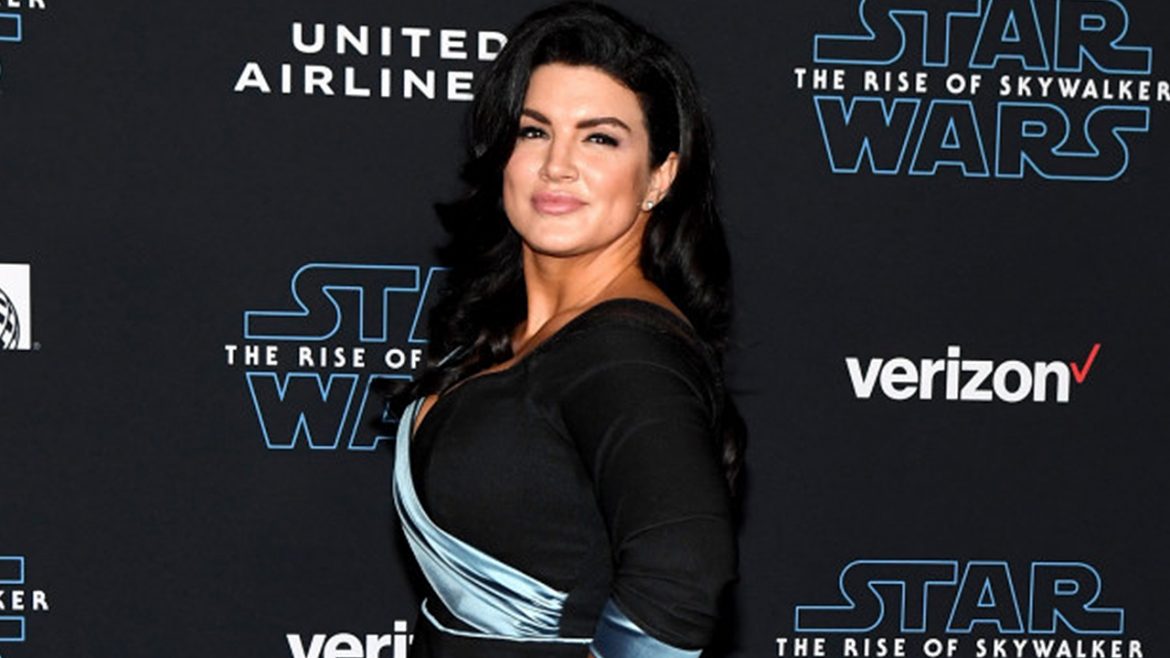 Gina Carano, a former MMA fighter, was recently fired from her role as Cara Dune on the Disney+ hit show “The Mandalorian.” The action is in response to her polarizing posts she has been making on her different social media accounts.

Here is what Lucasfilm had to say in a statement obtained by Gizmodo blogging site io9:

Gina Carano is not currently employed by Lucasfilm and there are no plans for her to be in the future. Nevertheless, her social media posts denigrating people based on their cultural and religious identities are abhorrent and unacceptable.

Carano has been sparking heated debate among Star Wars fans with her posts, most of which tend to poke fun at political policies and politicians themselves, specifically those on the left. For instance, on Twitter she posted a photo concerning Democrats advising others about the COVID-19 mask mandate:

As well as her concerns after the 2020 Presidential election:

We need to clean up the election process so we are not left feeling the way we do today.
Put laws in place that protect us against voter fraud.
Investigate every state.
Film the counting.
Flush out the fake votes.
Require ID.
Make Voter Fraud end in 2020.
Fix the system. 🇺🇸

Since some of her posts can be polarizing, people who disagree with her continually called for her resignation whenever she put something controversial on her accounts. However, nothing had resulted in action against the actress until Wednesday evening. Carano went on Instagram Tuesday night and reposted a commentary on how the Nazi government influenced people to hate Jews, and compared it to today’s political climate. Part of the post read:

Because history is edited, most people today don’t realize that to get to the point where Nazi soldiers could easily round up thousands of Jews, the government first made their own neighbors hate them simply for being Jews. How is that any different from hating someone for their political views?”

This specific post is apparently the catalyst for her firing, as Lucasfilm made the decision after she put this up.

In support of Carano, conservative pundits Ben Shapiro and Matt Walsh shared a photo posted by her co-star Pedro Pascal, who plays the titular character in “The Mandalorian.” The photo Pascal put up meant to compare imprisoned Jewish kids in 1944 to detained illegal immigrant children at the U.S. southern border in 2018.

Supposedly, the photo he used to describe America in 2018 was taken neither at that time, nor in this country. However, Shapiro and Walsh still used this as an example to ask why Carano was axed but Pascal gets to stay on the show.