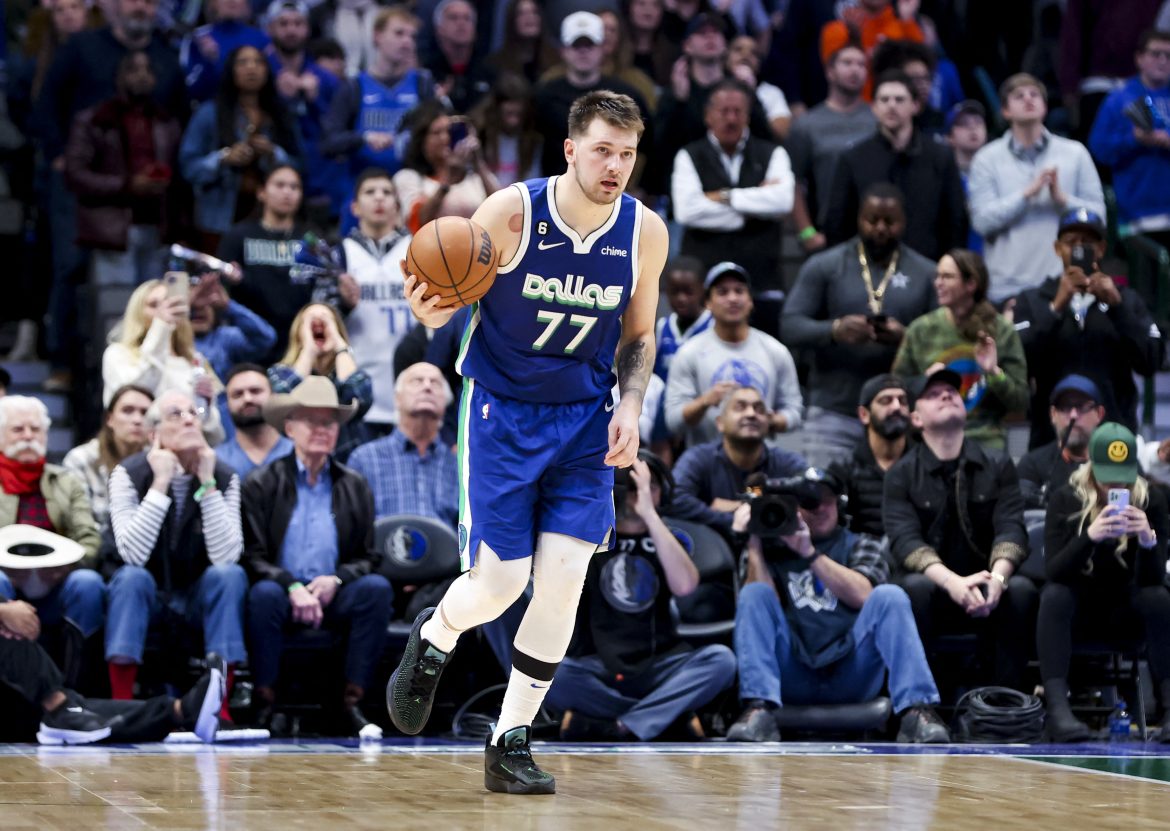 Luka Doncic had the first 60-20-10 triple-double in NBA history on Tuesday night.

The Dallas Mavericks’ three-time All-Star finished with 60 points, 21 rebounds, and 10 assists in a 126-121 overtime victory over the New York Knicks.

Doncic, a 23-year-old superstar from Slovenian, broke Dirk Nowitzki’s franchise record of 53 points set in 2004. The Mavericks unveiled a statue of the retired German star outside the arena on Sunday.

“It’ll be another statue in Dallas,” Hall of Famer Kevin Garnett wrote on Twitter about Doncic.

The 21 rebounds also were a career-best for Doncic, who is in his fifth season in the NBA.

“Everybody is still in shock,” coach Jason Kidd said after the game. “The history of the game is written by the players and it was written again tonight for a player — Luka — doing something that’s never been done before.”

Doncic had his seventh triple-double and the league’s highest-scoring performance of the season.

He joked after the game that he needed a “recovery beer.”

Doncic’s historic game overshadowed an improbable victory for Dallas. The Mavericks became the first team in at least two decades to win a game after trailing by at least nine points in the final 35 seconds.

“That was really impressive,” Doncic said. “The whole team just keeps going. Everybody just kept it together. We believed.”

Doncic had to purposely miss a free throw with Dallas down by two and 4.2 seconds left. He grabbed the loose ball after tossing the free throw hard toward the rim and hit an 11-foot jumper in one motion. Doncic danced around the court and celebrated with fans, thinking he won the game instead of sending it to overtime.

“A lot of people asked me about this back in the locker room, and I said I thought we won it,” Doncic said. “That’s why I went to the crowd like this. I thought we won the game, and then I see it’s tied. I was like, ‘Oof.’”

Doncic scored the first basket of overtime with 1:08 left in the extra period and the Mavericks secured the victory.

“Guys say all the time that we see it and we know his greatness, but he’s showing up on a whole different level in a whole lot of different ways,” Mavericks center Dwight Powell said. “This tonight, there’s not really any way to accurately describe that. It’s hard to believe — (No.) 77 is different.”

Doncic’s 60 points tied the record for the highest-scoring triple-double in NBA history, matching James Harden’s 60 for the Houston Rockets in a win over the Orlando Magic on Jan. 30, 2018. Hall of Famers Wilt Chamberlain and Elgin Baylor are the only other players to grab at least 20 rebounds during a 50-point triple-double. Chamberlain did it twice.

“I promise I was trying for sure,” said Knicks guard Quentin Grimes, the primary defender on Doncic. “I’m trying to get over every pick-and-roll. He’s in almost every action. It was a lot on me trying to get over every pick-and-roll with him. He’s crafty with the ball, without the ball. Have to know where he is at all times on the court. He’s one of the top three players in the league for a reason. I have to tip my hat.”

Mavericks owner Mark Cuban wrote on Twitter: “We are watching greatness. I’ve never seen anything like that ever.”

Longtime basketball broadcaster Dick Vitale said: “I’ve watched lots of hoops in my lifetime & tonight I witnessed the GREATEST INDIVIDUAL PERFORMANCE I have ever seen.”