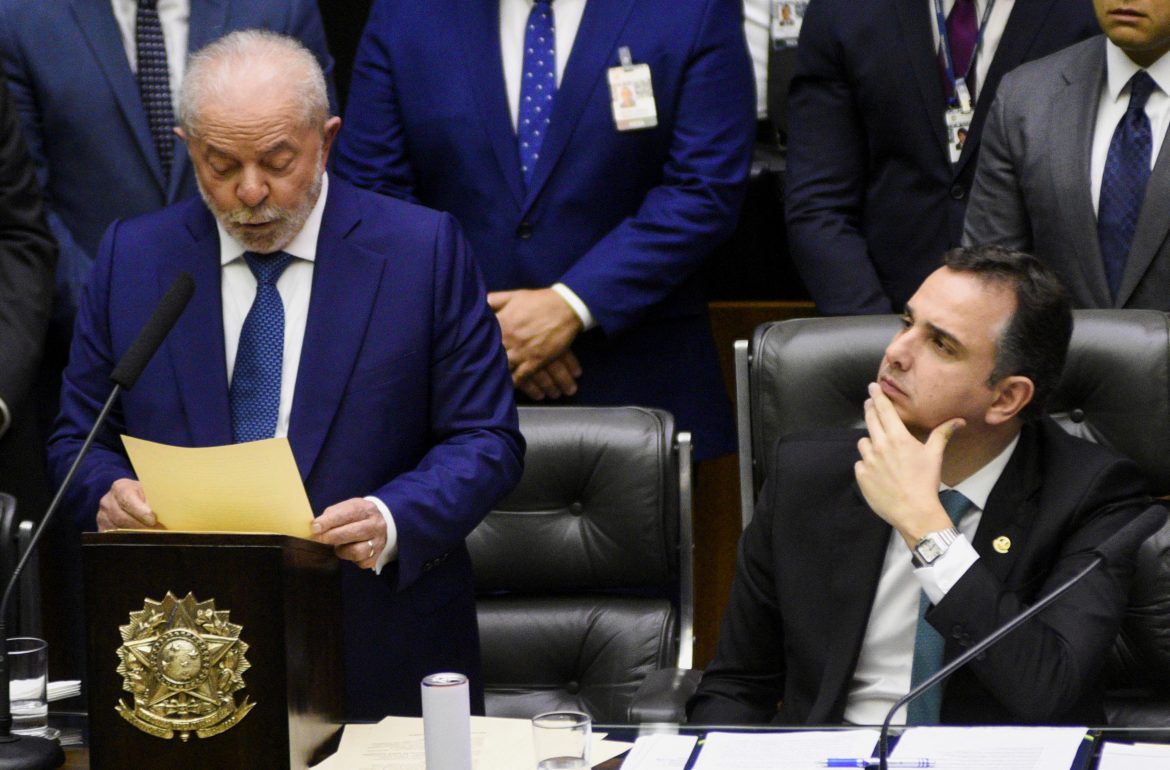 Leftist leader Luiz Inacio Lula da Silva was sworn in as president of Brazil on Sunday under tightened security in the capital Brasilia following threats of violence by supporters of his far-right predecessor Jair Bolsonaro.

In a speech to Congress, Lula said he was receiving a ruined country where hunger had returned under Bolsonaro, whose government he said had depleted resources for education, health and the conservation of forests, and undermined human rights.

He accused Bolsonaro’s “negationist” administration of committing “genocide” by failing to respond properly to the COVID-19 pandemic that killed more than 680,000 Brazilians.

Lula said he won October’s election against opponents who had attacked the country’s internationally-praised voting system.

“If we are here, it is thanks to the political awareness of Brazilian society and the democratic front that we formed,” he said. “Democracy was the great victor, overcoming the greatest mobilization of public and private resources ever seen and the most violent threat to freedom to vote.”

After the swearing-in, Lula was due to drive in an open-top Rolls-Royce to the Planalto palace to don the presidential sash before a crowd of 30,000 supporters, while tens of thousands gathered to celebrate on Brasilia’s esplanade.

The mood in the city was tense after the most fraught election in a generation.

Lula, 77, narrowly defeated Bolsonaro in October to win an unprecedented third presidential term after a hiatus that saw him spend a year and a half behind bars on corruption convictions that were later overturned.

His 580 days in prison reinforced his sense of social justice and convinced him of the need to prioritize ending poverty over boosting profits, allies said.

In his previous years as Workers Party (PT) president from 2003-2010, the former union leader lifted millions of Brazilians from poverty during a commodity boom that buoyed the economy.

Now, he faces the daunting challenge of improving Brazil’s stagnant economy while also uniting a country that has become painfully polarized under Bolsonaro.

“A lot is expected of Lula. He’ll have the difficult mission to restore normality and predictability in Brazil, and above all to rapidly deliver results that improve the quality of life for its inhabitants,” said Creomar de Souza, director of Dharma Political Risk consultancy in Brasilia.

Bolsonaro left Brazil for Florida on Friday, avoiding having to hand over the sash to his rival, whose victory he has yet to recognize, while also removing himself from any immediate legal risks related to his time in office.

His supporters have protested for two months that the election was stolen and called for a military coup to stop Lula returning to office in a climate of vandalism and violence.

Police detained a man on Sunday who was carrying fireworks and a knife and tried to enter the esplanade for the inauguration, Brasilia police said.

On Christmas Eve, a Bolsonaro supporter was arrested for making a bomb that was discovered on a truck laden with aviation fuel at the entrance to Brasilia airport and confessed he was seeking to sow chaos to provoke a military intervention.

Lula said those responsible for anti-democratic acts would be held accountable, though he did not mention Bolsonaro.

“We do not carry any spirit of revenge against those who tried to subjugate the nation to their personal and ideological designs, but we will guarantee the rule of law,” he said.

In a thinly veiled dig, acting President Hamilton Mourao, who was Bolsonaro’s vice president, criticized his former boss for failing to lead the country and allowing anti-democratic sentiment to thrive after his October defeat at the polls.

“Leaders who were supposed to reassure and unite the nation … allowed silence or inopportune and deleterious protagonism to create an atmosphere of chaos and social disintegration,” Mourao said in a speech late on Saturday.

Mourao defended Bolsonaro’s four years in power for leaving a strong economy, but criticized environmental backsliding after deforestation in the Amazon reached a 15-year-high.

Organizers said delegations from 50 nations and 19 heads of state and governments, including the king of Spain, have confirmed their attendance.

On Friday, before flying to Florida, Bolsonaro delivered a teary address in which he condemned the Christmas Eve bomb plot as a “terrorist act” but praised his supporters who camped outside army barracks across the country calling for a coup.