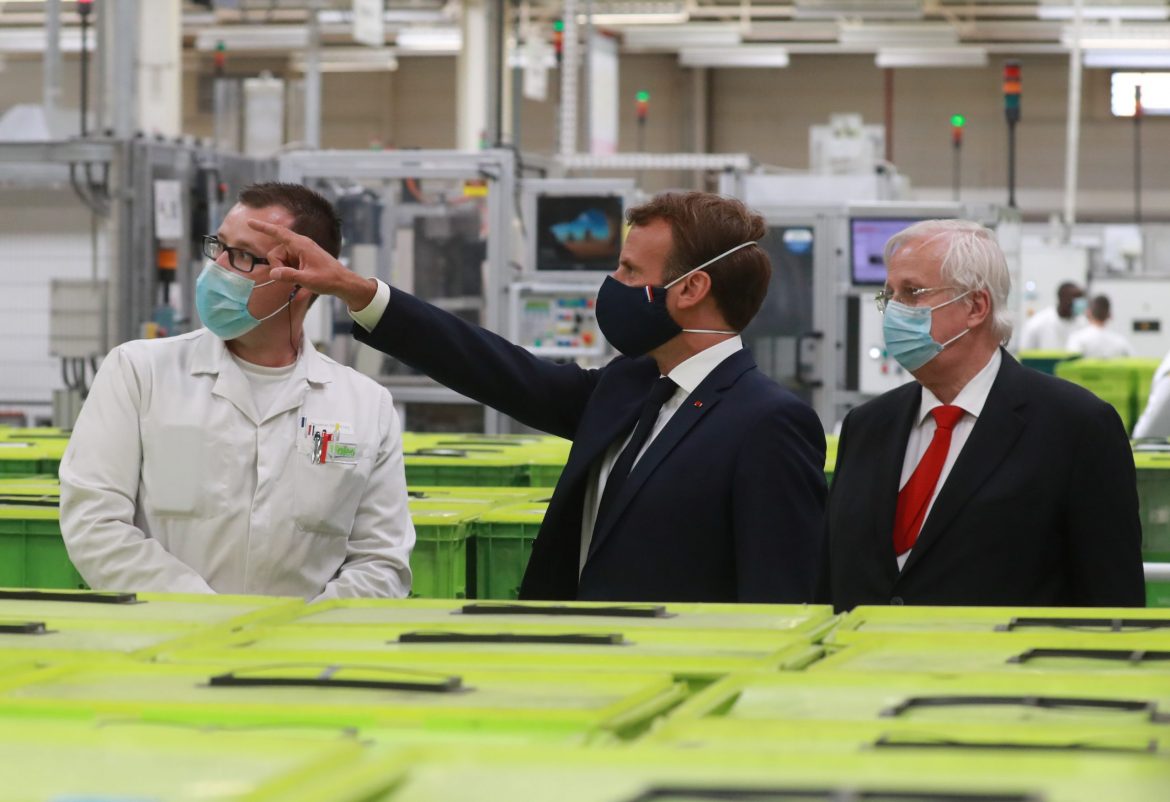 President Emmanuel Macron announced an 8 billion euro ($8.8 billion) plan on Tuesday to make France the top producer of clean vehicles in Europe and urged French carmakers to make vehicles in their own country.

French car plants are only just starting to rev up production after the coronavirus lockdown, which hit the auto sector badly, and Macron wants to accelerate the transition to electric cars to help revive the industry.

“We need a motivational goal: make France Europe’s top producer of clean vehicles by bringing output (up) to more than one million electric and hybrid cars per year over the next five years,” Macron told a news conference.

To achieve that goal, he said France would increase the state bonus for consumers buying electric cars to 7,000 euros ($7,690) from 6,000 euros.

But to help dealerships sell the 400,000 vehicles left unsold because of the lockdown, Macron said people buying a traditional car would also receive a 3,000-euro bonus under a scheme that would apply to three-quarters of households.

“Our fellow citizens need to buy more vehicles, and in particular clean ones. Not in two, five or 10 years – now,” Macron said following a visit to a Valeo <VLOF.PA> car parts factory in northern France.

No car model currently produced in France should be manufactured abroad, he said.

Renault, which produces its Zoe electric model in France, had pledged to make a future Renault-Nissan <RENA.PA> electric engine in France and not in Asia, as initially envisaged, he said.

The government will not sign off on a planned 5 billion euro state loan for Renault until management and unions conclude talks over the carmaker’s French workforce and plants in France, Macron said.

France was Europe’s top producer of electric and hybrid cars in 2019, with almost 240,000 vehicles, but IHS data show it is set to be overtaken this year by Germany.