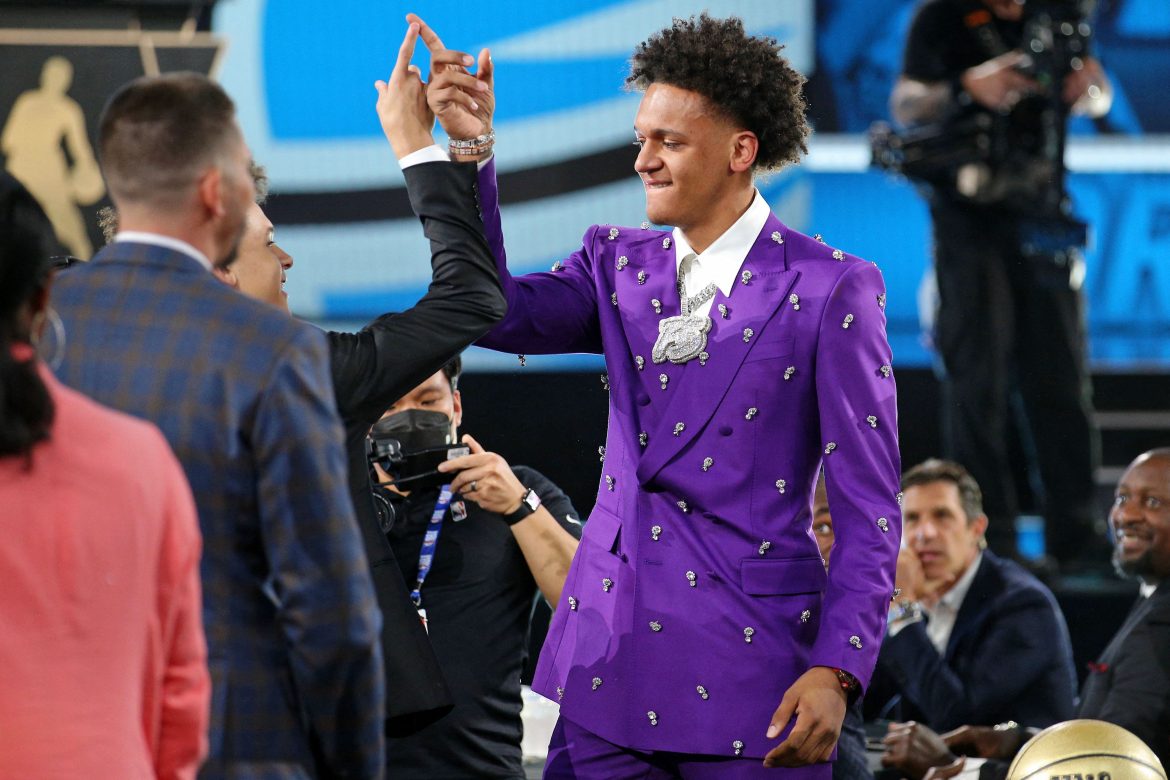 Moments after the Orlando Magic selected Paolo Banchero with the first pick in the NBA draft, the 19-year-old forward from Duke cried his first happy tears.

“I’d never been brought to tears by anything that was positive,” Banchero said.

Banchero was No. 1 in a draft filled with uncertainty surrounding that top pick. Chet Holmgren went second to Oklahoma City and Jabari Smith Jr. was picked third to Houston. Some draft experts predicted Smith or Holmgren would go first.

Banchero, who helped the Blue Devils reach the Final Four in legendary coach Mike Krzyzewski’s final season, wasn’t aware he was heading to Orlando until about 20 seconds before Commissioner Adam Silver announced the pick.

“I had a feeling from the information I was being told is that it was just kind of up in the air,” Banchero said. “Orlando wasn’t really sure yet, and just to be ready for whatever.  I didn’t even have time to really think about it or anything. It just kind of happened. I can’t believe it, but I’m ready.”

Banchero becomes the fourth player selected by the Magic at No. 1 overall. They took Shaquille O’Neal in 1992, traded the rights to Chris Webber for Penny Hardaway the next year, and chose Dwight Howard in 2004. Orlando reached the NBA Finals with O’Neal, Hardaway and Howard but hasn’t won a championship.

“We feel he was the best player in college basketball,” Magic President Jeff Weltman said of Banchero, who averaged 17.2 points and 7.8 rebounds in his only college season. “And we feel that he will continue to grow every year for many years to come.”

Holmgren, the lanky 7-footer from Minneapolis, brings unique skills to the Thunder. Holmgren averaged 14.1 points and 9.9 rebounds and ranked fourth nationally with 3.7 blocks per game in his lone season at Gonzaga. He shot 61% from the floor and 39% from 3-point range last season.

“I wake up every day with a plan on how to make myself a better person, better basketball player,” Holmgren said. “I put so much effort into executing that, that it doesn’t really leave room to put effort into things that, one, I can’t control, and two, don’t help make me better.”

Smith was disappointed he slipped to the third pick after most draft projections had him going first to the Magic. Still, the power forward became the highest drafted player from Auburn. Smith averaged 16.9 points, 7.4 rebounds and two assists per game as a freshman.

Forward Keegan Murray, who played two seasons at Iowa, was picked fourth by the Sacramento Kings. Murray was the Big Ten’s leading scorer at 23.5 points a game and averaged 8.7 rebounds.

Bennedict Mathurin, a Canadian who played at Arizona, was taken sixth by the Indiana Pacers. Mathurin, a 6-foot-6 shooting guard and small forward, averaged 17.7 points, 5.6 rebounds and 2.5 assists last season.

The Portland Trail Blazers followed with Kentucky’s Shaedon Sharpe. The 6-foot-6 wing from Canada never played in college. He committed to Kentucky and intended on redshirting his first season, but instead decided to declare for the draft.

Dyson Daniels of the G League Ignite was taken eighth by New Orleans. Daniels is a 6-foot-8 guard from Australia.

Baylor’s Jeremy Sochan stayed in Texas when San Antonio took him at No. 9, and Washington rounded out the top 10 with Wisconsin’s Johnny Davis.