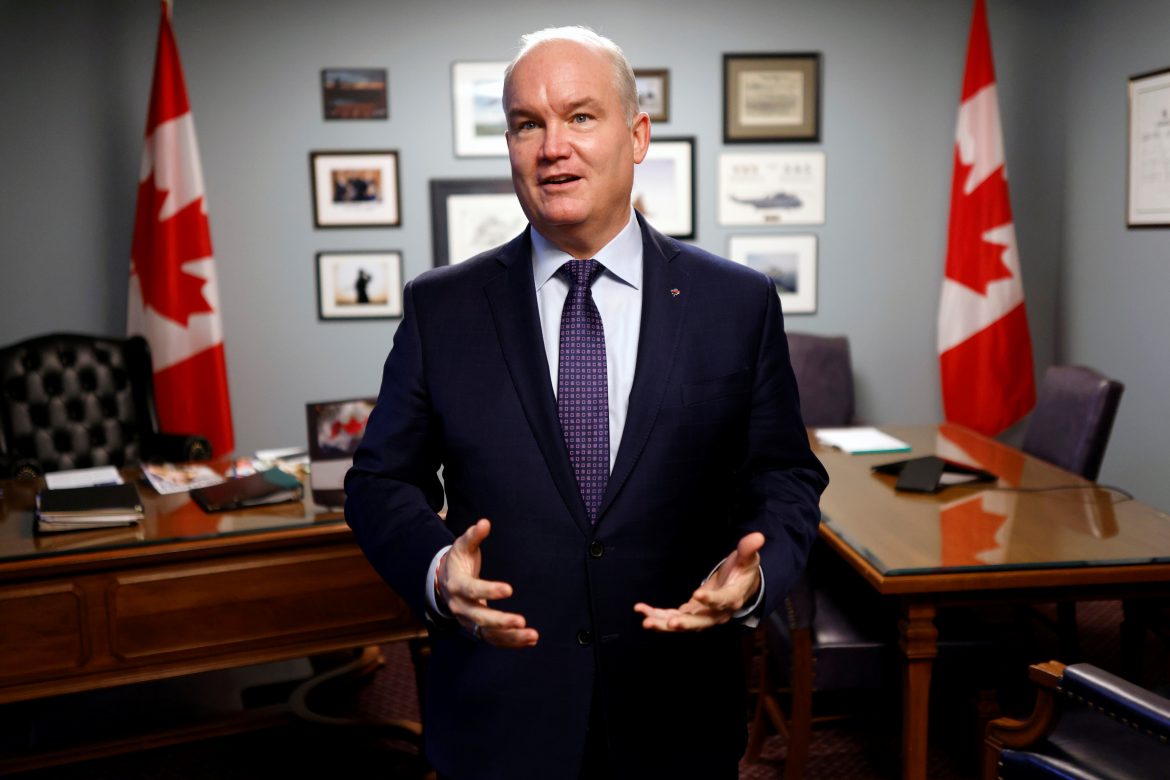 Canadian Prime Minister Justin Trudeau’s main rival in an election that could come as early as next year on Thursday said he would toughen the country’s stance on China, including potentially boycotting some goods produced there.

The arrest of Huawei Chief Financial Officer Meng Wanzhou in Vancouver on a U.S. arrest warrant two years ago put Canada in the middle of the U.S.-China trade war, and Ottawa continues to struggle to respond to Beijing.

“The Trudeau government has been out of step and naive on China since the moment he was elected,” Conservative Party leader Erin O’Toole said in an interview.

As prime minister, O’Toole said he would not “sacrifice our security interests, our values, our alliances, just for trade opportunities.”

Trudeau has come under increased pressure to embolden his approach to China, which arrested two Canadian citizens shortly after Meng was detained. China has also shut down most imports of Canadian canola.

Two months ago, the United States announced targeted bans on some goods produced in Xinjiang in an effort to combat China’s use of forced labor by detained Uighur Muslims there. O’Toole said he would consider doing the same, if elected.

“I don’t think Canadians would want to buy things that came from that sort of labor environment,” he said, adding that such a policy would require being able to trace products to entities that engage in forced labor.

“Maybe flip flops and patio furniture might be OK if we can trace those to more appropriate sources,” he said.

The Chinese embassy in Ottawa had no immediate response.

Earlier on Thursday, speaking at a virtual event taking place alongside the Asia-Pacific Economic Cooperation annual meeting, Trudeau said countries needed to band together to “push back on human rights, whether it’s the concerns with the behaviors in Hong Kong, or the situation of the Uighurs.”

Polls show the Conservatives are trailing but within striking distance of the Liberals were an election to be held today.

O’Toole, who is still little known among voters, said he needs “as much time as I can get” to prepare for a vote, but that his party would be ready in the spring should an election be called.