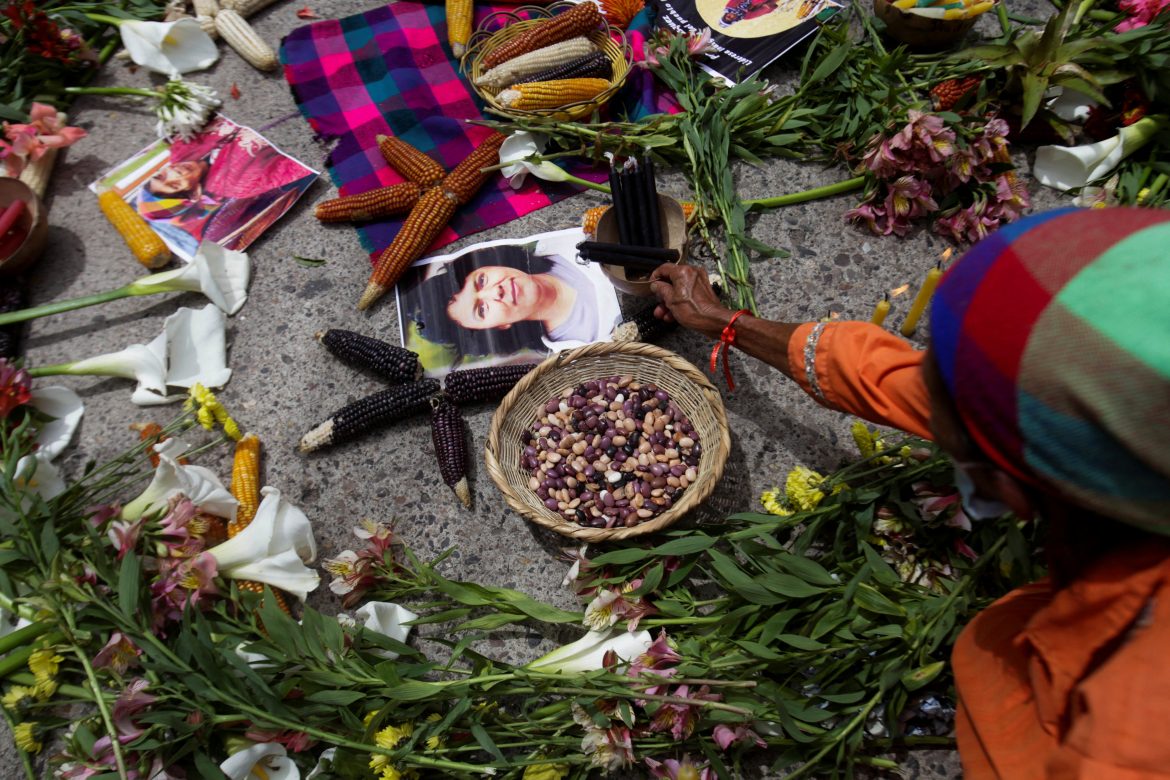 A Honduran court sentenced a former energy executive to over two decades behind bars Monday for his role in the murder of Berta Caceres, whose 2016 assassination spotlighted the danger facing environmental and indigenous activists in the Central American country.

Roberto David Castillo, the former president of Honduran power company Desarrollos Energeticos (DESA), was sentenced to 22 years and six months after being found guilty last year for being a co-collaborator in Caceres’ murder.

Caceres, a 44-year-old Lenca indigenous woman who led the Council of Popular and Indigenous Organizations of Honduras (COPINH), was organizing to stop the power company from building a hydroelectric plant on her community’s ancestral lands when she was shot to death in her home in March 2016.

COPINH welcomed the sentence and called for more investigations into bankers and executives associated with DESA.

In December 2019, seven people, including another DESA executive, received sentences between 30 and 50 years in prison for roles in Caceres’ murder.

On Twitter, Caceres’ daughter Olivia Zuniga Caceres said she was “outraged” because Castillo had “not received the maximum sentence.”

Ritza Antunez, one of Castillo’s defense attorneys, told Reuters that her team planned to appeal the sentence in a final appellate court.

Caceres, a teacher who won the prestigious Goldman Prize in 2015 for her environmental activism, had spoken out about the death threats against her and her family before she was killed.