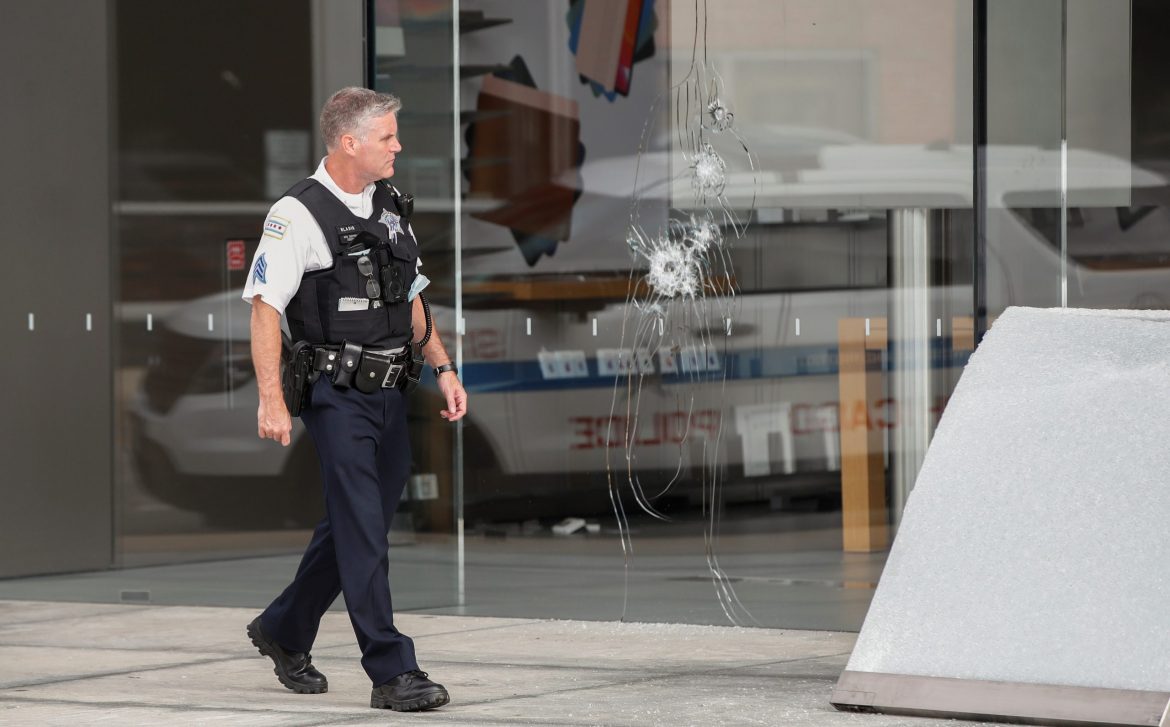 Chicago police exchanged gunfire with looters and arrested more than 100 people after crowds swarmed Chicago‘s luxury commercial district early Monday. The group looted stores and smashed windows in what’s known as the Magnificent Mile, and clashed with officers for hours, according to police.

Mayor Lori Lightfoot sought to distance the incident from what she called the “righteous uprising” in response to the death of George Floyd at the hands of Minneapolis police on May 25.

People were drawn by a number of social media posts encouraging looting in central Chicago after tensions flared following the police shooting of a man with a gun, Police Superintendent David Brown said.

“This was not an organized protest. Rather this was an incident of pure criminality,” Brown told a news conference.

At least 13 officers were injured, and a security guard and a civilian were struck by gunfire.

In response to the social media posts, police sent 400 officers into the area. Brown pledged a police crackdown in central Chicago, assigning officers to 12-hour shifts and canceling days off.