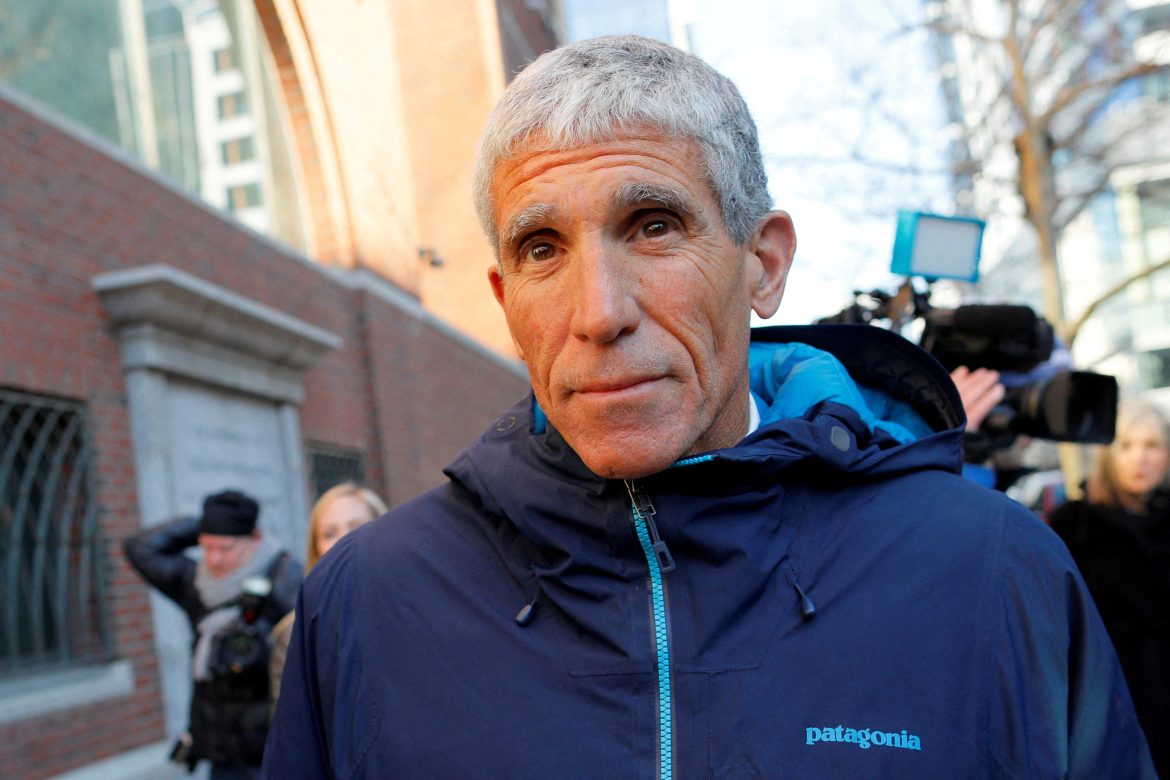 The architect of the largest U.S. college admissions fraud scheme ever uncovered was sentenced on Wednesday to 3-1/2 years in prison for helping wealthy parents secure the admission of their children to elite universities through cheating and bribery.

William “Rick” Singer, a former college admissions consultant who played a key role as a cooperating witness in the “Operation Varsity Blues” investigation, was sentenced by U.S. District Judge Rya Zobel in Boston.

It marked the longest sentence any of the dozens of parents, corrupt coaches, and other individuals had received in the investigation, though fell short of the six years that prosecutors said was warranted for his unprecedented fraud.

Singer, 62, admitted in 2019 to facilitating cheating on college entrance exams and funneling money from wealthy parents to corrupt university coaches to secure the admission of their children as fake athletic recruits.

“I lost my ethical values and have so much regret,” Singer told the judge. “To be frank, I am ashamed of myself.”

The years-long investigation into the scheme resulted in the conviction of more than 50 people, including actors Lori Loughlin and Felicity Huffman, two of the many wealthy parents Singer had as clients.

“It was a scheme that was breathtaking in scale and audacity,” Assistant U.S. Attorney Stephen Frank said in court. “It has literally become the stuff of books and made-for-TV movies.”

He acknowledged that Singer’s decision in 2018 to cooperate with their investigation and allow the FBI to record calls he placed to clients allowed them to prosecute dozens of parents, coaches, and associates of Singer’s.

But he said Singer’s cooperation was also “problematic,” as he also tried to obstruct it, tipping off six individuals to ensure they avoided incriminating themselves. Prosecutors decided against calling Singer at any trials.

Overall, Singer paid out more than $7 million to bribe coaches and administrators at schools including Georgetown University, the University of Southern California, Yale University, and Stanford University.

Singer took in more than $25 million from his clients while running a California-based college admissions counseling service called The Key and a related charity.

His lawyers in court papers argue a non-prison sentence was warranted for his cooperation and because he is “already serving a life sentence of sorts” after losing his assets, business, and the trust of friends and family.

Singer, who now lives in a Florida trailer park, in a court filing last week wrote that he lost everything by “ignoring what was morally, ethically, and legally right in favor of winning what I perceived was the college admissions ‘game.'”