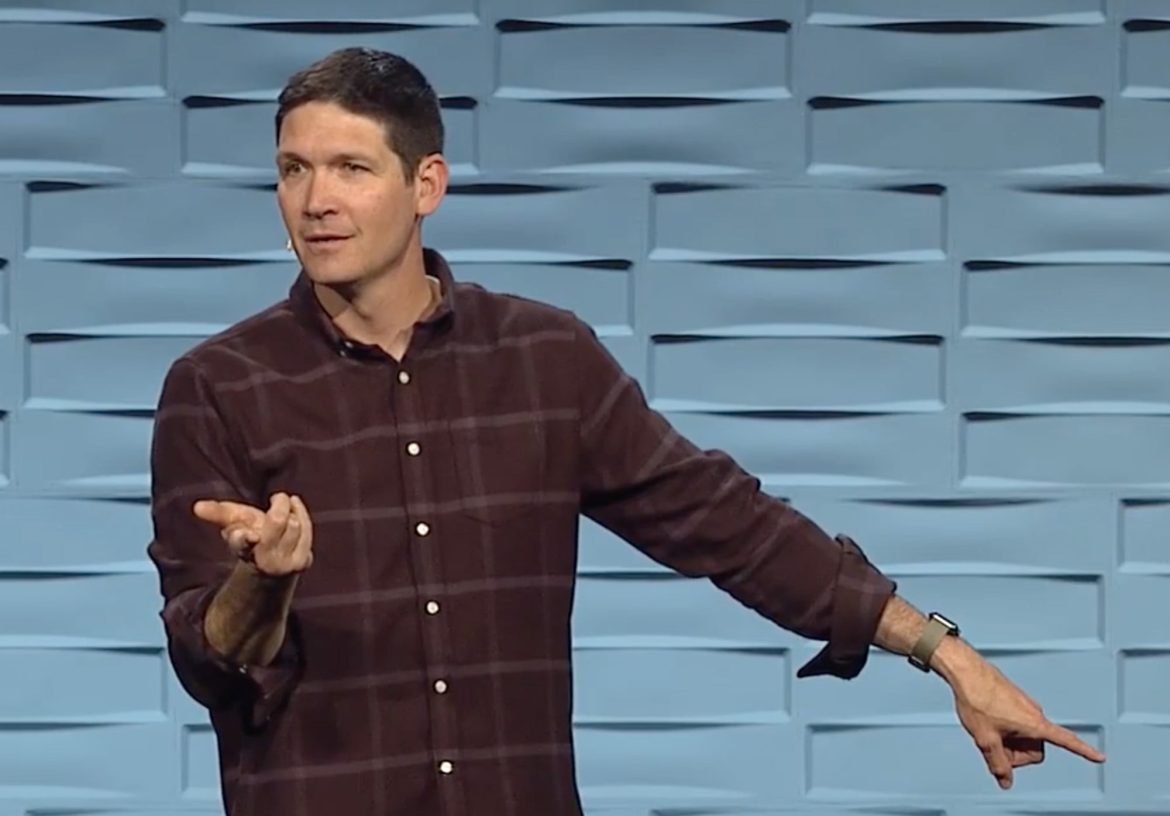 On Sunday, Matt Chandler, the prominent lead pastor of Dallas-based Village Church, announced he is taking a leave of absence from preaching and teaching until further notice, according to an announcement from the church.

The report alongside Chandler’s announcement on Sunday indicates that Chandler, who has served as lead pastor at Village Church for 20 years and head of the Acts 29 church plant network for the last 10, engaged in a series of “inappropriate Instagram messages” with a female church member. According to reports these messages were not in any way romantic or sexual and did not “disqualify” him from the office of pastor, but were deemed “unwise and inappropriate for” a pastor by the church’s elders.

Part 2 of Matt Chandler's explaining why he was taking a leave of absence.@wartwatch @BrentDetwiler @mmmirele pic.twitter.com/pHefNIlKd1

Chandler, for his part, admitted to his wrongdoing and is reportedly compliant in taking a leave of absence. He said in a statement Sunday:

We cannot be a church where anyone is above the Scriptures and above the high heavenly call into Christ Jesus. The Word of God holds me to a certain standard. And I fell short.

Reportedly, the source of this conflict was a direct message exchange on Instagram with a female member of the church. Chandler was transparent with both his wife and the board of elders and did not believe his exchange was inappropriate, a belief with which the elders disagreed upon investigation.

Chandler continued, explaining in as much detail as he could the nature of the exchange:

It was that our conversations were unguarded and unwise. And because I don’t ever want there to be any secrets between us, the concerns were really about frequency and familiarity. We believe in brother-sister relationships here. And yet there was a frequency that moved past that and there was a familiarity that played itself out in coarse and foolish joking. It’s unbefitting to someone in my position.

The statement from the church said the leave of absence was seen as both “disciplinary and developmental” and was a result of a pastor being held to a high standard and being above reproach.

A pastoral role requires a greater awareness of those boundaries,” the statement reads. “In this case, while the messages were not romantic or sexual in nature, the frequency and familiarity of the messages crossed a line. They revealed that Matt did not use language appropriate for a pastor, and he did not model a behavior that we expect from him.

There are several layers to this story that are worth mentioning.

The first is that it appears Chandler, who has kept a reputable character throughout the course of his ministry, appears to be responding to this misstep as a faithful pastor should, by being forthright and listening to a council of fellow believers.

Chandler, along with younger pastors David Platt and Kevin DeYoung, is seen by many as a “successor” of sorts to the likes of John Piper, Timothy Keller, and John MacArthur to take the baton of the “young, restless, and Reformed” movement from those faithful pastors who are in the twilight of life. Believers should take heart to see a pastor being vulnerable in response to correction and a church seeking to ensure the health of the church, its congregants, and its leaders even when it would be easier to brush an issue under the rug.

However, any public moral failure is cause for concern, especially one of this publicity where a leading male is being disciplined for his conduct with a female congregant. When a pastor falters, it has the potential to be used as a tool of the devil to mar the church and divide believers.

Furthermore, as previously mentioned, Chandler also serves as the head of the nationwide church planting ministry Acts 29. Only a decade ago, he took the place of a controversial pastor who became infamous for abusing his power, Mark Driscoll of the now-defunct Mars Hill church plant in Seattle. Chandler has been asked to forfeit his responsibilities with Acts 29 to current executive director Brian Howard.

It would be wise for Christians to lift up several parties in prayer:  the Village Church family, the woman with whom this exchange took place, and Pastor Chandler and his family.

Christians should ultimately be encouraged, as this report should serve as a reminder for us that even when our earthly spiritual authorities are flawed, we have one High Priest on which to fix our eyes (Hebrews 12:2), the Lord Jesus Christ, who never once faltered and gives the grace to get back up when we also fall.