McCarthy could face stiff battle in bid for Speaker 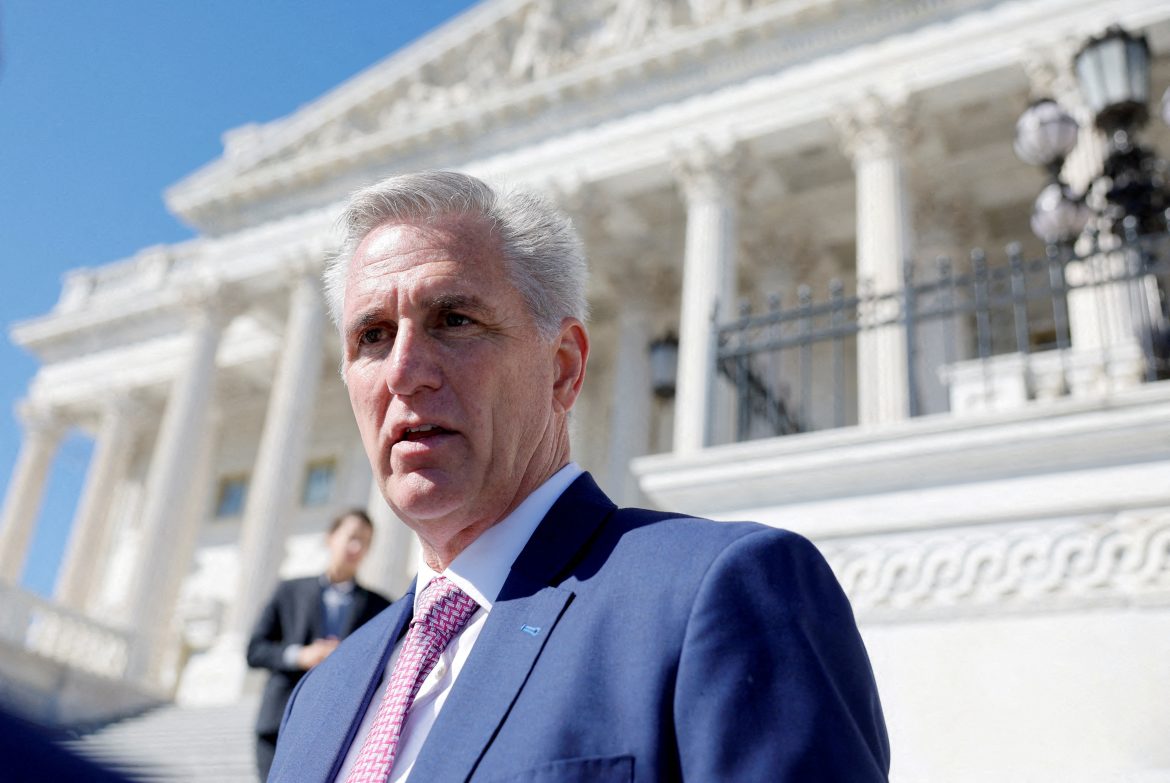 Current House Minority Leader Kevin McCarthy (R-Calif.) remains the front-runner for the job of Speaker of the House when the new Congress is sworn in, but his ascension is far from guaranteed.

McCarthy, like Nancy Pelosi before him, faces a numbers challenge. As with control of the House, a would-be speaker needs 218 votes.

In the nomination meeting, McCarthy received 188 yes votes compared to 31 no votes. The latter number is important, but the real number to bear in mind will likely be 4.

Republicans are currently projected to hold 222 seats in the new Congress, although that number could dip to 220 if the two House races that remain uncalled swing back to Democrats. In either case, McCarthy will be able to suffer precious few defectors.

For his part, McCarthy is behaving like a man soon to be Speaker of the House. His Twitter feed is full of McCarthy’s plans for the House in January.

“On the very first day of the new Republican-led Congress, we will read every single word of the Constitution aloud from the floor of the House—something that hasn’t been done in years,” McCarthy tweeted on Friday.

The penned tweet on his thread, which was posted on Nov. 15, contains a bulleted list of objectives.

As Speaker—I will take action to fix what Nancy Pelosi so badly broke.

It would be highly unlikely that any Democrats would vote to approve McCarthy or any Republican for Speaker. That means every Republican vote will be critical.

“He doesn’t have the votes,” said Rep. Andy Biggs (R-Ariz.) told NBC News. “Some of the stages of grief include denial, so there will be some denial and then there’ll be the stage of bargaining where people are trying to figure out … will there be some kind of consensus candidate that emerges.”

Biggs’s thoughts, though potentially accurate, must be taken with an understanding that he is the man who recently attempted to unseat McCarthy as Republican House leader.

The Arizonan is also one of several members of the House Freedom Caucus, along with Florida’s Matt Gaetz, who have been particularly strident in their desire to have someone other than McCarthy serve.

“I’ve seen enough,” Biggs tweeted in mid-November. “I cannot vote for Kevin McCarthy as House Speaker. I do not believe he will ever get to 218 votes, and I refuse to assist him in his effort to get those votes.”

I cannot vote for Kevin McCarthy as House Speaker.

I do not believe he will ever get to 218 votes, and I refuse to assist him in his effort to get those votes.https://t.co/lyImFCOHgI

As reported by Newsweek two weeks ago, Gaetz had a falling out with Georgia Republican Rep. Marjorie Taylor Greene over her decision to back McCarthy.

But for all of the talk of Republican infighting, there is one truth that is likely to prevail – McCarthy is still the person with the most support among Republicans and has the shortest distance to travel to reach 218.

Biggs’ bid for leadership did not materialize and other would-be replacements would face a similar challenge.

“I’m of the opinion that on Jan. 3, we’ll come together as a conference and elect Kevin McCarthy to be Speaker of the House,” Rep. James Comer (R-Ky.) said Sunday on NBC’s “Meet the Press. He added, “Certainly there’s been instances in the past that certain Republicans’ voices weren’t heard in the conference. But at the end of the day, we need to give Kevin a chance.”

"At the end of the day, we need to give Kevin a chance. … Kevin McCarthy's never had a chance to be speaker." pic.twitter.com/vveA5FXzXh

When Pelosi stood for speaker, she faced pressure from a sizable group of progressives – among them New York Rep. Alexandria Ocasio-Cortez – who threatened to unseat her.

In the case of the Republicans, the most likely outcome is that McCarthy will barter with the Freedom Caucus and get their votes in exchange for concessions.

McCarthy has already done this with Greene. CNN reports he promised to reinstate Greene to the various committees from which she was booted should he become Speaker.

Earlier this month, RollCall.com reported that the Freedom Caucus intimated to McCarthy that its members would rally behind him if he “decentralized” power in the House, meaning that McCarthy would volunteer to relinquish much of the authority previous 21st Century speakers had accumulated.

While there is no indication McCarthy will agree to this, and even though Comer admitted there were “5 to 8” vocal McCarthy critics among Republicans who might yet vote no, the road to a McCarthy speakership is likely only a handful of strategic deals away.

Clashes in Shanghai as COVID protests flare across China