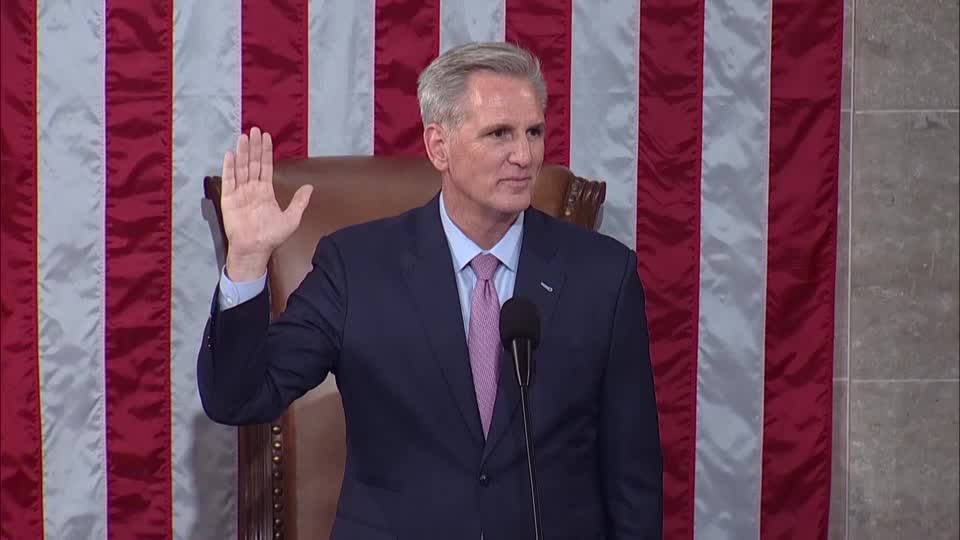 Overnight Saturday, embattled Republican leader Kevin McCarthy (R-Calif.) was able to secure the votes he needed to become Speaker of the House.

McCarthy never did win over 218 Republicans, but he was able to convince the six in-party holdouts who remained to vote present, which lowered the threshold he needed in order to win. The final tally was 216 votes for McCarthy, 212 for Democratic leader Hakeem Jeffries, and six present votes.

The victory came at an incredible cost for McCarthy, who was forced to acquiesce to so many demands of his Republican detractors that his speakership will be under constant threat. To put it mildly, the Freedom Caucus, and for that matter Democrats and other Republicans, are faced with a vastly less powerful Speaker in McCarthy than the outgoing Nancy Pelosi (D-Calif.).

Rep. Matt Gaetz (R-Fla.), the leading voice in the anti-McCarthy Republican camp, indicated that was the entire point of his dogged opposition. The Freedom Caucus, he said, wanted to tilt the scale in favor of individual legislators.

“This has never been about me or Kevin McCarthy,” Gaetz tweeted. “It’s about the American people. America wants to know that the rules of the House of Reps would never allow something like this horrendous omnibus bill to ever pass ever again.”

This has never been about me or Kevin McCarthy. It's about the American people.

America wants to know that the rules of the House of Reps would never allow something like this horrendous omnibus bill to ever pass ever again.

That's what @RepBoebert and I have been working on. pic.twitter.com/TpBr2xZs0X

Gaetz was, as ever, the center of controversy. After voting present rather than yes during the 14th round, Gaetz and Rep. Lauren Boebert (R-Col.) were approached by McCarthy who, needing just one more yes vote to win, appeared to be asking either person to switch their vote.

When Gaetz responded and pointed his finger toward someone or somewhere else in the chamber, Alabama Republican Rep. Mike Rogers, who is 64 years old, attempted to physically confront Gaetz. The moment was shared on Twitter by Australian Journalist Leonardo Puglisi.

Rep. Richard Hudson (R-N.C.) restrained Rogers and order was restored. As of this writing, no one has addressed the exchange with any specificity.

Rogers focused his remarks only on congratulating McCarthy.

“I am excited to see [McCarthy] elected Speaker of the House,” Rogers tweeted. “Now it is time for the House to do the work the American people sent us here to do.”

That work likely will involve investigating various entities surrounding President Joe Biden while attempting to block numerous of his legislative goals. The reality was not lost on the president, who spent the week advocating for bipartisanship.

“Our system is built on checks and balances,” McCarthy said during his first remarks as Speaker. “It’s time for us to be the check and provide some balance to the President’s policies. There is nothing more important than making it possible for American families to live and enjoy the lives they deserve.”

McCarthy promised passionate-but-respectful debates with Democrats and also asked that the House speak “with one voice” on the national debt and China.

After the House adjourned, McCarthy met with reporters and gave voice to an underlying factor that both led to his speakership and will almost certainly define it: McCarthy won thanks to former President Donald Trump.

“I don’t think anybody should doubt his influence,” McCarthy said, according to the BBC. “He was with me from the beginning … he would call me and he would call others.”

With McCarthy having conceded so much power and facing at minimum a constant threat of having members move to vacate his seat, it is likely, one might argue certain, that the former president’s help will be required in the future.