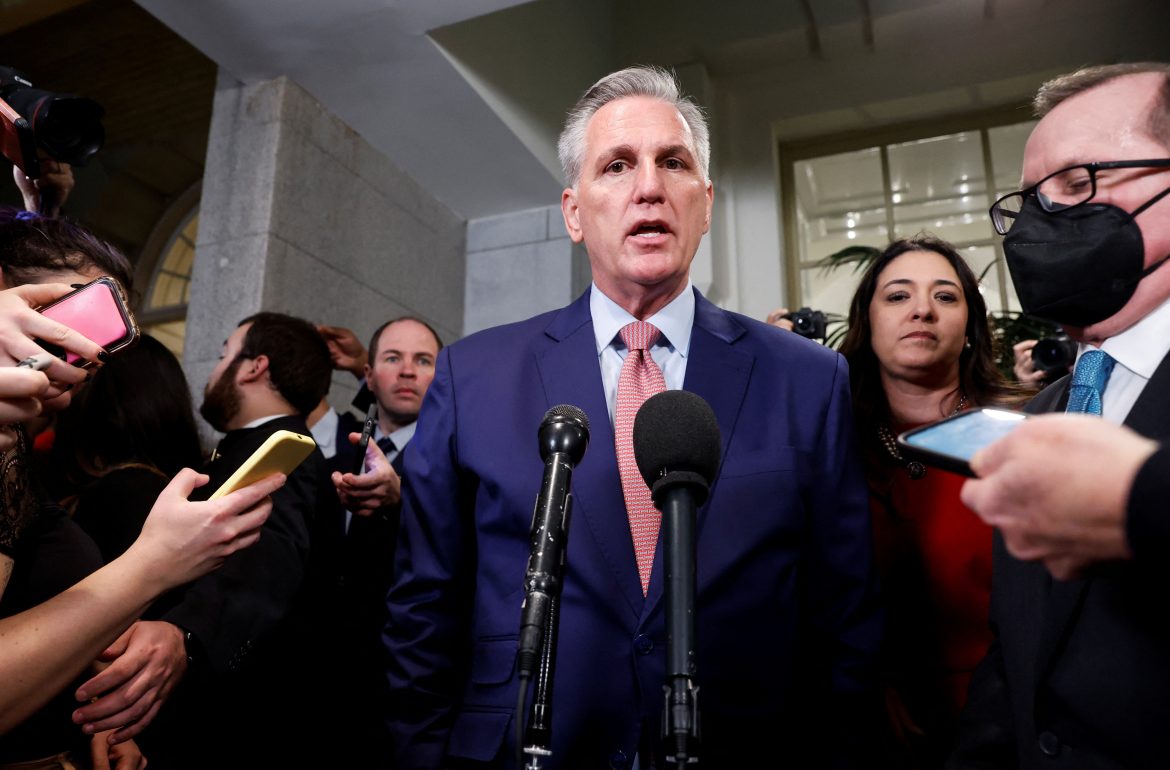 Republican Kevin McCarthy lost his first vote for speaker of the U.S. House of Representatives on Tuesday, as 19 hard-line conservatives in his own party voted against him, leaving their new majority in turmoil.

It was the first time in a century that the House had not elected a speaker on the first vote. McCarthy received 203 votes, Democrat Hakeem Jeffries took 212, and Andy Biggs (R.-Ariz.) got 10 of the 19 Republican votes cast against McCarthy. To win, a candidate must receive more than 50% of the votes.

Republicans won a narrow 222-212 majority in November’s midterm election, meaning that McCarthy — or any candidate for speaker — will need to unify a fractious caucus to win the gavel.

Before the vote, McCarthy tried to persuade the holdouts in a closed-door party meeting, vowing to stay in the race until he gets the necessary votes, but many participants emerged from the gathering undaunted.

Tuesday’s vote marked the first time in 100 years that a nominee has not succeeded to the House speakership on the first ballot. The record number of voting rounds to elect a House speaker is 133 over a two-month period in the 1850s.