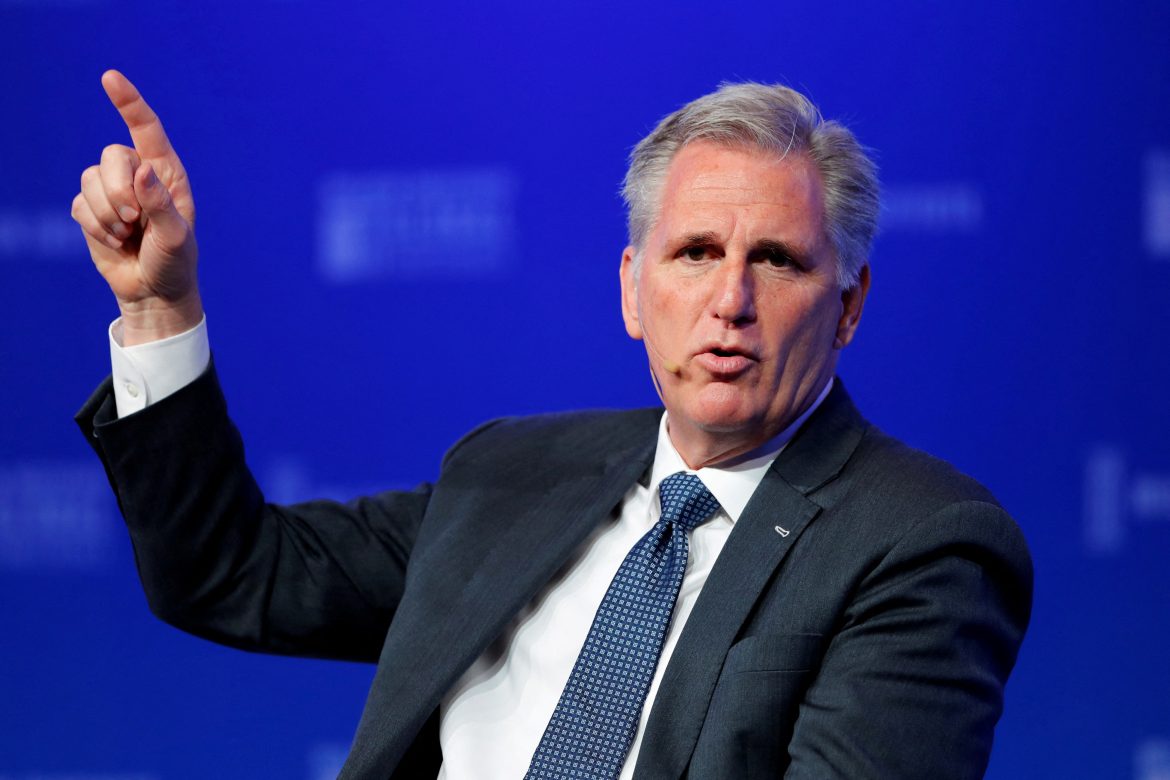 Tuesday, Speaker of the House Kevin McCarthy (R-Calif.) formally rejected a request from House Minority Leader Hakeem Jeffries (D-N.Y.) to allow a pair of Democrats to remain on a prominent committee.

In a letter to Jeffries, one McCarthy shared on Twitter, the speaker restated his long-held position that Reps. Adam Schiff and Eric Swalwell, both of California, were not fit to serve on the House Intelligence Committee.

“In order to maintain a standard worthy of this committee’s responsibilities, I am hereby rejecting the appointments [of Schiff and Swalwell]” McCarthy wrote. “It is my assessment that the misuse of this panel in the 116th and 117th Congresses severely undermined its primary national security and oversight mission — ultimately leaving our nation less safe … I am committed to returning the Intelligence Committee to one of genuine honesty and credibility that regains the trust of the American people.”

I have rejected the appointments of Adam Schiff and Eric Swalwell for the House Intelligence Committee.

I am committed to returning the @HouseIntel Committee to one of genuine honesty and credibility that regains the trust of the American people. pic.twitter.com/ePxlbanxta

Democrats immediately went into histrionics over an announcement that should have shocked no one as McCarthy announced his intention in November.

McCarthy cited Schiff’s outspoken endorsement of “Russiagate,” a disproven piece of propaganda that falsely linked then-President Donald Trump to inappropriate activity in Russia, as evidence he lacked the wherewithal or honesty to serve.

Schiff has long contended that his removal would be revenge for his having headed one of Trump’s impeachment proceedings and served on the Jan. 6 committee.

“Kevin McCarthy just kicked me and @RepSwalwell off the Intelligence Committee,” Schiff tweeted. “This is petty, political payback for investigating Donald Trump. If he thinks this will stop me, he will soon find out just how wrong he is. I will always defend our democracy.”

Swalwell’s removal was tied to his 2014 association with a woman who turned out to be a Chinese spy.

In what is a complicated story, one first reported by Axios in 2020, Swalwell was among a surprising number of emerging political figures to have fallen into association with Fang Fang, also known as Christine Fang, a Chinese spy who used numerous methods to attempt to glean sensitive information about the U.S.

McCarthy said this issue, which went unreported for seven years, and a confidential report from the FBI caused him to view Swalwell as a security risk.

“When Eric Swalwell would be in the private sector and can’t get the security clearance there, we are not gonna provide him with the secrets to America,” McCarthy told reporters Tuesday.

Swalwell has admitted that Fang was associated with his campaign, but has long attested that he had not shared sensitive information with her.

“This rejection is based on a claim that the Washington Post independent-fact checker gave 4 Pinocchios,” Swalwell tweeted. “Speaker Boehner and Ryan, both Gang of 8 members, appointed me to Intel with access to the same facts McCarthy is distorting. He can keep me off Intel, but I’m not going away.”

Indeed, McCarthy stressed he was not asking that either Schiff or Swalwell cease to serve on committees.

This was a key distinction, McCarthy said, as he was not attempting to block the congressmen from all committee service, which was what Democrats had done to Rep. Marjorie Taylor Greene (R-Ga.) in 2020.

“This is not anything political,” McCarthy told reporters during a brief press conference. “This is not similar to what the Democrats did.”

I took TONS of flak from the Right for reversing and backing McCarthy.

I’m not whining! We need such showdowns — and often family feuds are the most heated.

But I was spot-on about this reasoning: @SpeakerMcCarthy has been a gangster on Committeespic.twitter.com/xY6IIw4dKC

McCarthy faced immediate allegations of being inconsistent with his appointments. Democrats and journalists pointed to the fact that Rep. George Santos (R-N.Y.) has been appointed to two committees — the House Committee on Small Business and House Committee on Science, Space and Technology — despite the numerous issues surrounding him.

But, the new speaker argued that not all committees are created alike and that the Intelligence Committee is of particular importance.

“Is Santos on the Intel Committee?” McCarthy said to a reporter. “Am I allowing Schiff to be on other committees?”

McCarthy is now two-thirds of the way through completing his pledge to deny specific committee appointments to Democrats. He’s vowed to remove Rep. Ilhan Omar (D-Minn.) from her appointment to the House Foreign Affairs Committee for her decidedly anti-Israel — conservatives have argued anti-semitic —stances.