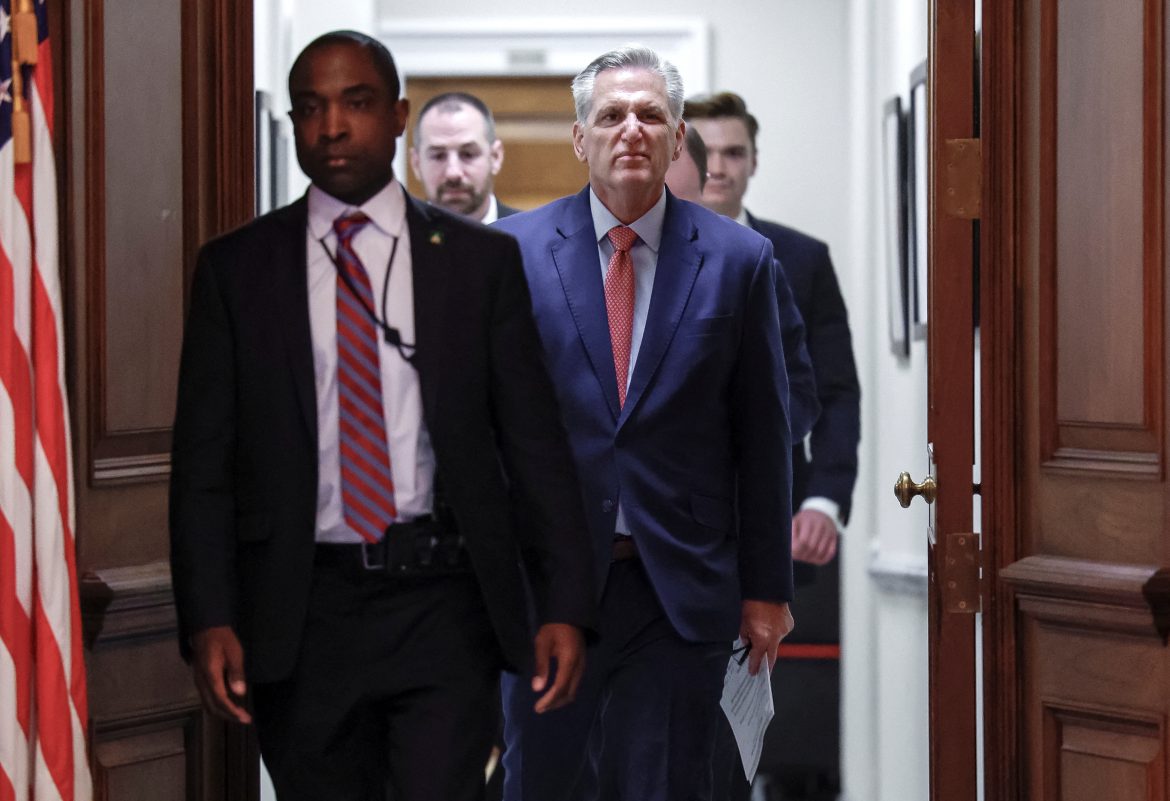 Despite several concessions from current Speaker of the House Kevin McCarthy, nine House Republican members wrote a letter Sunday night in which they stated that the concessions came “impossibly too late” and that they would still oppose his nomination.

“Nothing changes when nothing changes, and that must start from the top. Time to make the change or get out of the way,” Rep.Scott Perry (R-Pa.), one of those to sign the letter, tweeted alongside a copy of the letter.

Nothing changes when nothing changes, and that must start from the top. Time to make the change or get out of the way. pic.twitter.com/xtTrQKlsxZ

The announcement came after McCarthy announced he would allow a congressional rule change that would make it much easier for disgruntled Republicans and Democrats alike to seek to fire him from the speakership.

Specifically, the new rule would allow any member of Congress to move to vacate the position of Speaker of the House. Such a motion would not necessarily mean the end of a speaker’s term, but it would force a vote.

“Every member of Congress was elected to legislate on behalf of their constituents,” MSN and Fox News quoted Rep. Andy Biggs (R-Ariz.) as having said. “To do that, members must be able to hold their own leadership accountable.”

Biggs, who is also seeking the speakership, was also one of the members of the Freedom Caucus to sign the letter.  Several GOP members have voiced frustration with McCarthy and believe he has been too soft in dealing with President Joe Biden and Democrats when they held the majority.

McCarthy continues to keep most of his negotiating behind closed doors while acting like a speaker in the public eye.

Sunday, he shared a video in which he promised that accountability would return to Washington in 2023.

McCarthy also vowed to include ideological balance on committees, saying he will “build conservative consensus and translate that consensus into action.”

Punchbowl News noted other concessions that McCarthy agreed to including:

No more proxy voting; no ‘virtual’ or ‘hybrid’ committee hearings; magnetometers outside the House chamber will be removed, and potential fines for mask or security protocol violations are gone; the ‘Holman Rule’ is back, meaning Republicans can zero out spending on certain executive-branch offices they don’t like; and all bills will be posted for 72 hours before a final vote.

Importantly, the “motion to vacate” concession that was sought by the Freedom Caucus is not revolutionary. Prior to 2018, members of the House could move to vacate the speakership for more than a century, although such motions were exceedingly rare.

From 1910-2015, it happened only twice. Then, in 2015, the Freedom Caucus began to threaten to move to vacate more frequently, first in an effort to force then-speaker John Boehner from his position and then to prevent McCarthy from seeking the post.

In 2018, returning Speaker Nancy Pelosi changed the rule so that only a party leader could make such a motion.

“The House can’t function if anyone can take the entire chamber hostage at any point over a petty disagreement with the speaker,” Fox News quoted a senior Republican as saying in 2018.

It seems likely that the vote for Speaker of the House will now require more than one ballot and that it may come down to a cat-and-mouse game between hard-line conservatives and McCarthy to see who will back down first. If those who signed the letter stick to their vow to not vote for McCarthy then he will not secure enough votes to get to the 218 votes he would need.

While Republicans are still haggling, Democrats seem to be resigned to a McCarthy-led House.

“I would be surprised if he doesn’t,” Hoyer said.

The new Congress is scheduled to be sworn in on Tuesday.