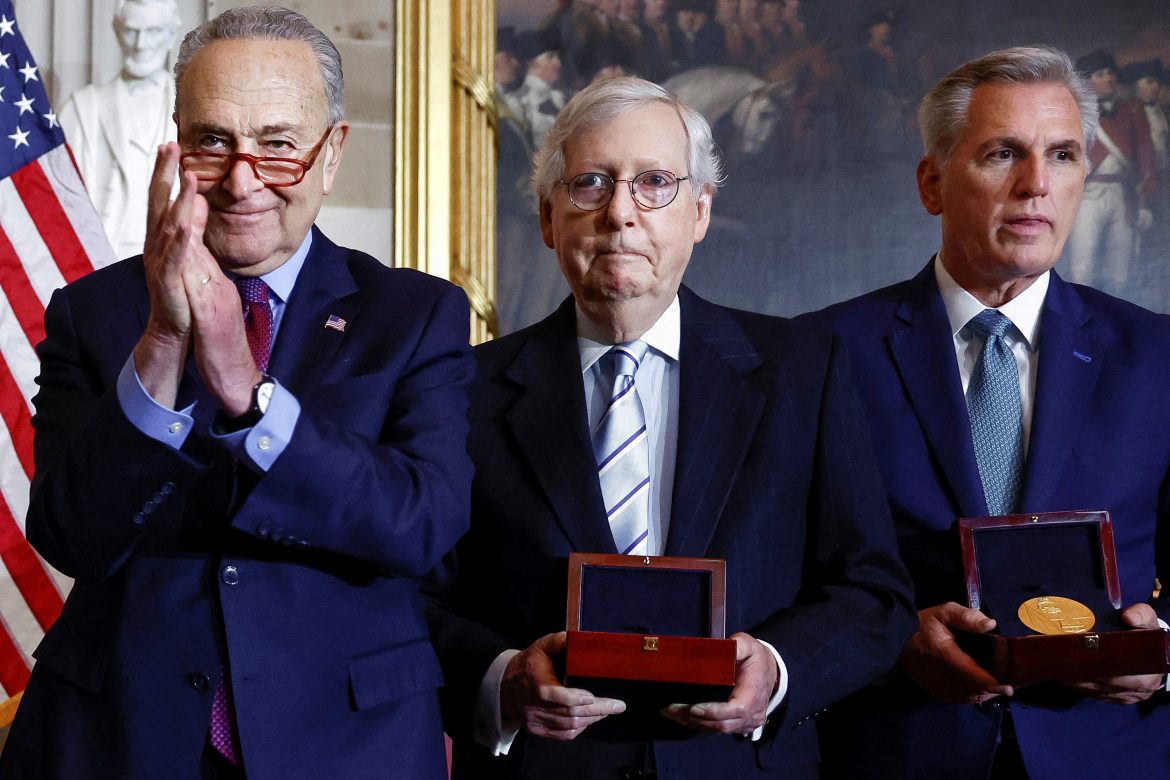 In his most direct offensive against the former president to date, Senate Minority Leader Mitch McConnell (R-Ky.) directly blamed Donald Trump for Republicans’ poor showing in the midterms.

“Our ability to control primary outcomes was quite limited in ’22 because the support of the former president proved to be very decisive in these primaries,” McConnell told reporters on Tuesday while noting the weak quality of Trump-backed candidates in competitive Senate races.

“So my view was: do the best you can with the cards you’re dealt,” he said. “Hopefully in the next cycle, we’ll have quality candidates everywhere and a better outcome.”

“We ended up having candidate quality…Look at Arizona. Look at New Hampshire. Challenging situation in Georgia…Our ability to control primary outcome was quite limited in ‘22 because support of former president proved to be very decisive in these primaries"
@LeaderMcConnell pic.twitter.com/b6MN4KfCdF

The Republican leader had expressed concerns about candidate quality prior to the midterm elections.

“I think there’s probably a greater likelihood the House flips than the Senate,” McConnell said in August. “Senate races are just different, they’re statewide. Candidate quality has a lot to do with the outcome.”

On Tuesday, McConnell said the Republican party must “relearn one more time you have to have quality candidates to win competitive senate races.” He added, “We went through this in 2010, 2012.”

Following the loss of Republican candidate Herschel Walker to Democratic incumbent Raphael Warnock in the Georgia Senate runoff election, Democrats look to have a 51-49 majority over Republicans when voting in 2023. Technically, there will only be 48 Democrats — since Arizona’s Kyrsten Sinema left the party and registered as an independent on Dec. 9 — but all three independents are expected to caucus with, and typically vote along party lines with Democrats.

In November, Senate GOP campaign chief Rick Scott (R-Fla.) attempted to replace McConnell as Republican Senate Leader. “I believe it’s time for the Senate Republican Conference to be far more bold and resolute than we have been in the past. We must start saying what we are for, not just what we are against,” Scott said at the time.

“We need to have a tough conversation right now about what happened in this last election and what we’re going to do going forward,” he said.

Senate Republicans ultimately chose to keep McConnell as their caucus leader in a 37-10 vote over Scott.