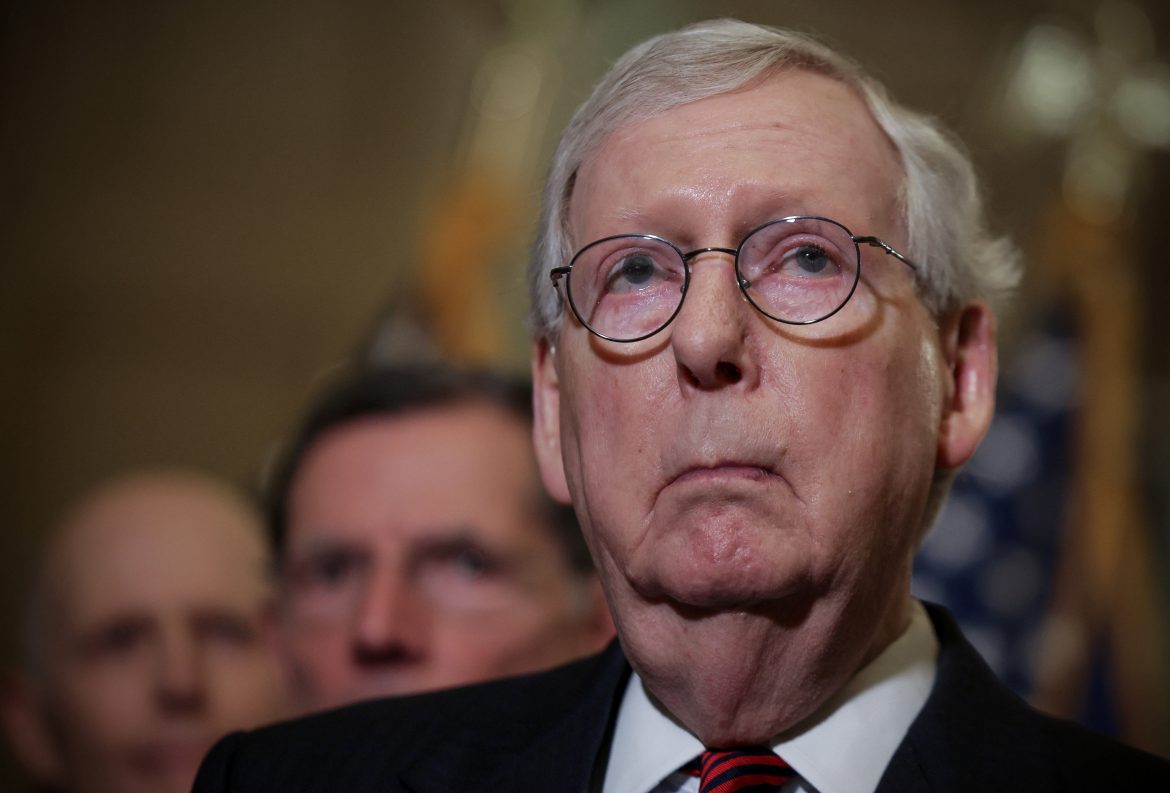 President Biden’s rhetoric against the recent decisions from the United States Supreme Court has drawn the attention of Senate Minority Leader Mitch McConnell (R-Ky.), who is accosting the president for what he calls “attacks on the Court.”

In a statement released from his office, McConnell says that the President’s language concerning the Supreme Court is “below the dignity of the President,” and amounts to something “unmerited and dangerous.”

Attacking a core American institution like the Supreme Court from the world stage is below the dignity of the President. Beyond that, President Biden’s attacks on the Court are unmerited and dangerous. He’s upset that the Court said the people, through their elected representatives, will have a say on abortion policy. That does not destabilize democracy – it affirms it. By contrast, it is behavior like the President’s that undermines equal justice and the rule of law.

McConnell says that his statement is a direct response to a question the president answered during the NATO Summit in Spain on Thursday. One reporter asked about how the president would respond to people who feel the country is going in the wrong direction, to which Biden said the only “destabilizing” force in the United States has been the Supreme Court.

You haven’t found one person — one world leader to say America is going backwards.  America is better positioned to lead the world than we ever have been.  We have the strongest economy in the world.  Our inflation rates are lower than other nations in the world.  The one thing that has been destabilizing is the outrageous behavior of the Supreme Court of the United States on overruling not only Roe v. Wade, but essentially challenging the right to privacy. We’ve been a leader in the world in terms of personal rights and privacy rights, and it is a mistake, in my view, for the Supreme Court to do what it did.

Biden’s comments on the Supreme Court have been increasingly inflammatory, especially since its decision to overturn Roe v. Wade.

In a press conference following the decision, Biden called the Supreme Court a conservative “extreme” that they had made the United States “an outlier among developed nations in the world.” RNC research debunked this claim saying that only five countries, including China and North Korea, currently had similar laws to the U.S. prior the Dobbs decsion.

Biden says overturning Roe v. Wade has "made the United States an outlier among developed nations in the world."

McConnell ended his statement by also criticizing the president for always shifting the blame on his failed policies to others, saying Biden is the one responsible “for inflation, high gas prices, crime in the streets or chaos at the border.”

Yesterday, Biden said that gas prices would remain high until the war in Ukraine ends, saying that “Russia, Russia, Russia” is to blame for high gas prices and inflation.

Americans don’t seem to be buying Biden’s rhetoric, however, as a new AP/NORC Poll shows that 85% of Americans, including 78% of Democrats, believe the country is going in the wrong direction. Additionally, 60% of citizens, including 73% of independents, disapprove of the job Biden is doing in office.