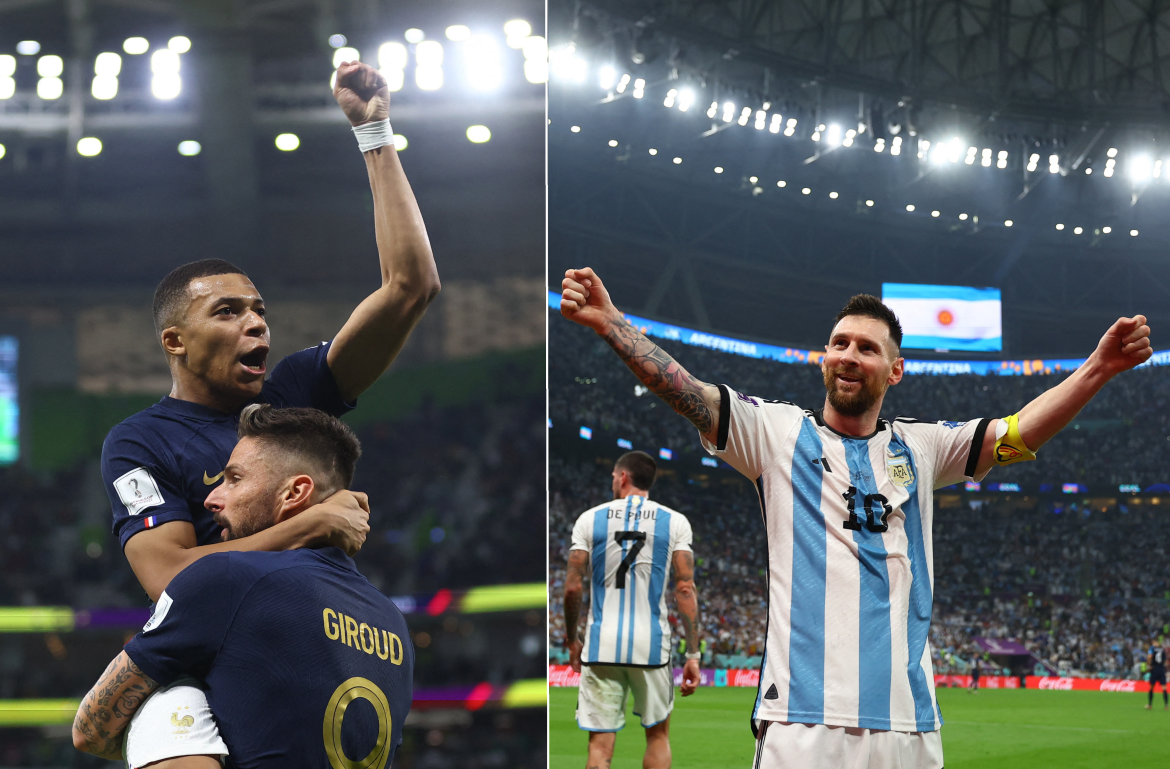 Many fans around the globe will tell you that Lionel Messi is the greatest soccer — or is it “football”? — player of all time. Plenty of others, however, will tell you he lacks one key accomplishment to claiming that title: a World Cup trophy.

Nowhere is that more true, perhaps, than in his native country of Argentina. Right or wrong, Messi will remain No. 2 in the hearts and minds of many of his countrymen unless he and the Argentina national team claim the biggest title in international sports this Sunday.

At the age of 35, this weekend will likely be Messi’s final chance to bring home his nation’s first World Cup title since the year before he was born. If he fails, many will still consider the greatest ever to be former Argentine great Diego Maradona, who led his nation to the 1986 World Cup title.

For many, winning a World Cup — a tournament held every four years — is a requirement for entry into the debate for the greatest soccer player of all time, much like winning a Super Bowl is a prerequisite for being called the greatest quarterback of all time. The Dolphins’ Dan Marino retired after the 1999 season holding nearly every NFL passing record, but he’d never won a Super Bowl. So players like Joe Montana, with far inferior stats and Super Bowl rings, were called greater than him. Messi may face a similar fate.

Messi’s stats and accomplishments at the club level are like no one else, ever. He won the Spanish La Liga 10 times with Barcelona. He’s won four European Champions Leagues, three UEFA Super Cups, three FIFA Club World Cups, six European Golden Shoes, and nine La Liga MVPs. He has been awarded the Ballon d’Or — given annually to the world’s greatest player — a record seven times and has finished in the top three in voting for the award 13 times.

In this year’s tournament, Messi is currently tied with his PSG teammate Kylian Mbappe for the most goals scored (5) and leads the Golden Boot standings on the tiebreaker with three assists to Mbappe’s two.

And Messi has only gotten better as the tournament has progressed. In the 3-0 semifinal win over Croatia, he was key in all three of Argentina’s goals. He scored a penalty kick to get Argentina on the board, delivered a key pass to Julian Alvarez on the second goal, and displayed a skills master class to assist Alvarez on the final goal.

This breakdown of THAT Messi assist on Julián Álvarez's second goal 🔥🔥🔥 pic.twitter.com/dEYF5hpzMu

Sunday, the PSG teammates will square off for all the bragging rights when Messi’s Argentina takes on Mbappe’s reigning World Cup champion France in the final.

If Argentina wins, Messi will be the undisputed greatest of all time. If France wins, they’ll be the first back-to-back World Cup champions since Brazil won a second in a row 60 years ago.

FRANCE ON THE ATTACK

Make no mistake, the French players have no intention of handing Messi the World Cup title he so desperately desires.

The 2018 World Cup champions are led up top by the world-class attacking trio of Ousmane Dembele, Olivier Giroud, and  Mbappe, who at the age of 23 is already considered one of the best attackers in the world. As a team, the French have scored 13 goals in six games so far in this tournament.

Giroud currently sits just behind Messi and Mbappe with four goals scored in the tournament, tied with Argentina’s Alvarez.

While there is little doubt that France can score goals, the defense has given reason for worry. France has given up a goal to every opponent in this tournament except for Morocco. Argentina has scored 12 goals through six games.

That’s a recipe for perhaps the most exciting World Cup final in recent memory.