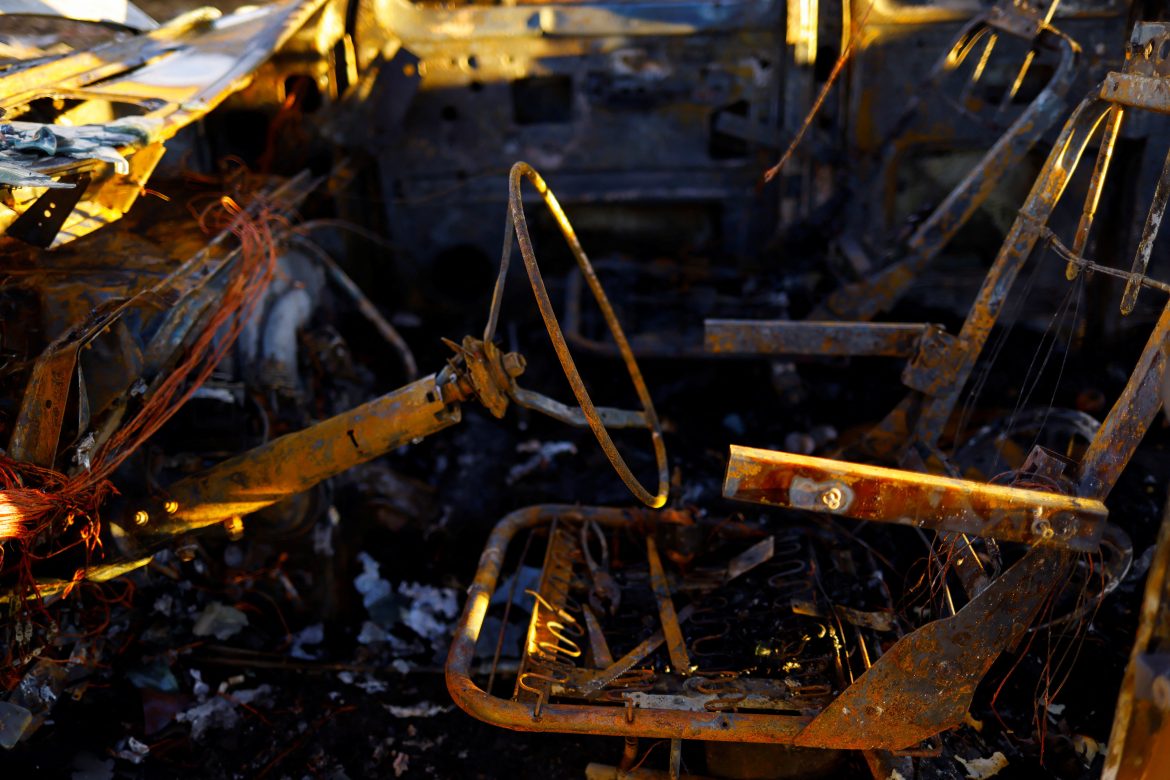 An escaped Mexican cartel kingpin known as “El Neto” died after a shootout early on Thursday, four days after he fled prison in a violent mass break-out, authorities said.

“El Neto”, whose full name was Ernesto Alfredo Pinon de la Cruz, was tracked down by intelligence forces in the city of Ciudad Juárez on the U.S. border, and then shot after a pursuit, officials said.

“He was located, chased. He was injured, but on the way (to the state attorney general’s offices) he died,” Chihuahua state governor Maru Campos said on Twitter.

“El Neto”, a top gunman for the “Los Mexicles” cartel, escaped with 29 other inmates after raiders in armored vehicles attacked the prison in the border town of Juarez early on New Year’s Day.

At least 19 people, including guards and other prisoners, died in the assault, one of Mexico’s bloodiest prison raids in recent years, authorities said.

Police and security forces launched a manhunt. At least seven people, including police, were killed in another confrontation during the search in the state on Monday, authorities said.

Federal authorities who arrived to restore order said they found inmates had set up a “VIP zone” in the state-run prison with stashes of drugs and money.

State prosecutors in Chihuahua said the head of the Juarez prison had been dismissed and was under investigation alongside others.

News of the capture came after a night of violence in the city of Culiacan in the northern state of Sinaloa, home to the drug cartel of the same name, and one of the world’s most powerful narcotics trafficking organizations.

Ovidio, who has become a key figure in the Sinaloa Cartel following the arrest of his father, was briefly detained in 2019 by security forces, but quickly released to end violent retribution from his drug gang in an embarrassing setback for Mexican authorities.

The United States had offered a $5 million reward for information leading to the arrest or conviction of Ovidio.

His capture comes just days before a North American leaders’ summit in Mexico City next week, which U.S. President Joe Biden will attend and at which security issues are on the agenda.

One of the Mexican officials said Guzman’s capture was likely to prove a welcome addition to U.S.-Mexico cooperation on security ahead of Biden’s visit.

On Thursday morning, security forces were attempting to contain a violent reaction to the arrest in the Culiacan area by Guzman’s associates, the same official said.

The city’s airport was closed and will remain so until Thursday night, it said on Twitter.

The local government urged people to stay indoors and said schools and administrative offices were closed due to the violence. Unverified videos on social media appeared to show heavy gunfire, including from helicopters during the night. Street blockades had also been erected.

“We ask the citizens of Culiacan not to leave home due to the blockades that have occurred in different parts of the city,” Culiacan Mayor Juan de Dios Gamez wrote on Twitter.

Joaquin Guzman, 65, was convicted in New York in 2019 of trafficking billions of dollars of drugs to the United States and conspiring to murder enemies. He is serving a life sentence at Colorado’s Supermax, the most secure U.S. federal prison.