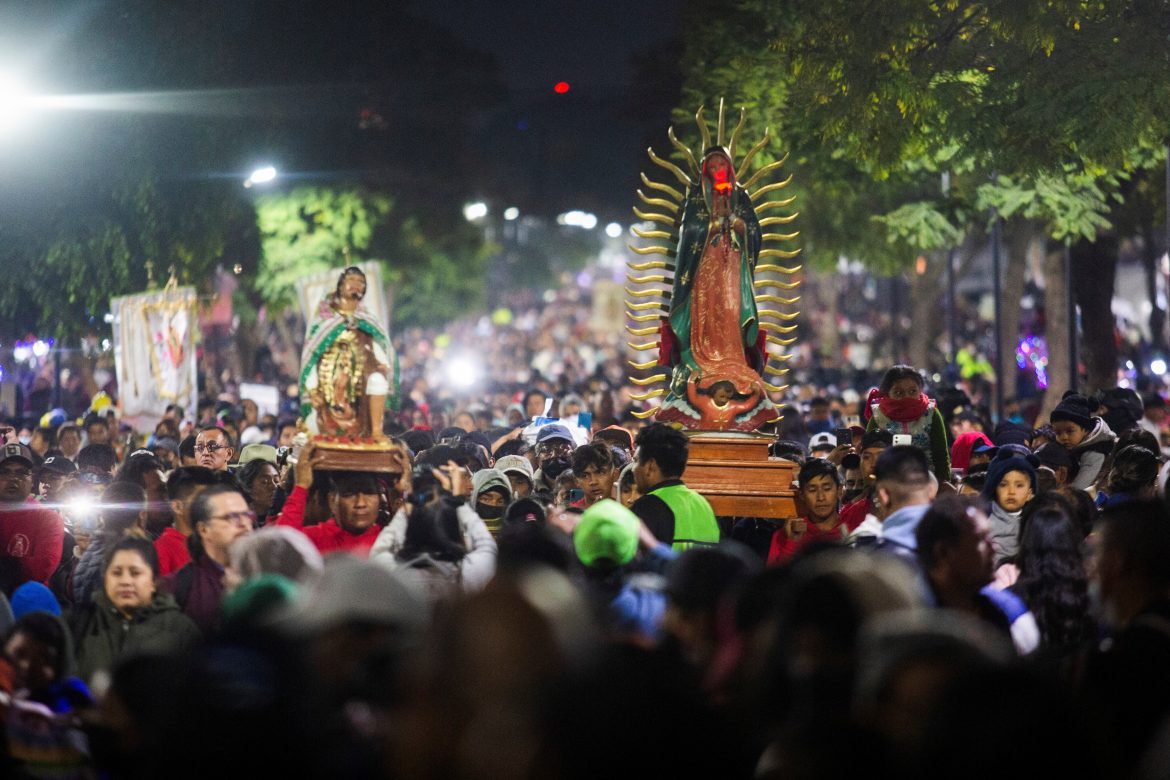 Millions of Catholic pilgrims gathered at a basilica in Mexico City to mark the annual Virgin of Guadalupe feast day, with crowds camping overnight on Sunday after walking for days to reach the shrine in a centuries-old act of religious devotion.

The festival features two days of lavish pageantry capped by a midnight mass led by Mexico’s senior archbishop. Many pilgrims arrive at the historic basilica on their knees in prayer or carrying statues of the Virgin.

Jam-packed roads around the basilica were lined with vendors selling mementos including rosaries and even tattoo artists inking religious art, with others handing out free food and drink to weary walkers in the final stretch.

Maximillia, 44, who did not give a second name, walked for two days with 22 family members, taking turns pushing her young grandchild in a stroller.

“It’s such a great feeling, we come to give thanks,” she said. “Our faith motivates us.”

Two teenage cousins walking hand in hand said their school gives them the day off on Monday for the extended national holiday.

The Basilica of Our Lady of Guadalupe is the second most visited Catholic shrine in the world after St. Peter’s Basilica in Rome. It was constructed next to a hill in northern Mexico City where Catholics believe Mary, the mother of Jesus, appeared to an Aztec man in 1531, an event that is credited with launching Mexico’s Catholic conversion.

The COVID-19 pandemic saw the basilica close down for the first time in nearly 500 years in 2020. Last year, attendance in the first half of December rose to at least 3.5 million, according to officials, with this year’s pilgrimage expected to hit a new record.