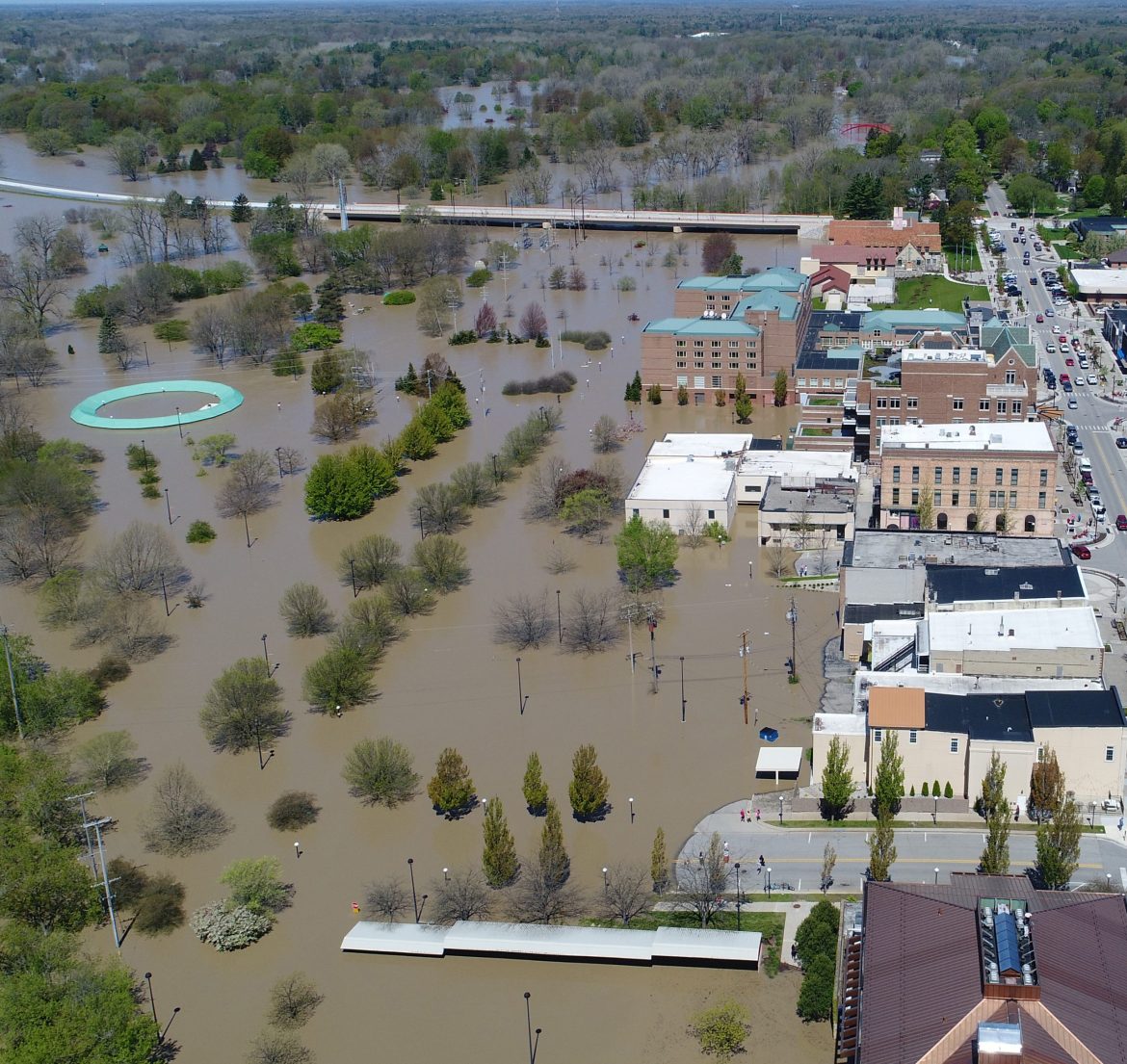 Rising floodwaters, as high as five feet, submerged parts of the central Michigan of Michigan on Wednesday after days of heavy rain led to the failure of two dams and the evacuation of thousands of people.

The National Weather Service (NWS) warned of “life-threatening” flooding as water levels of the Tittabawassee River in Midland, about 120 miles northwest of Detroit, reached historic levels and were expected to continue rising.

Bone, who also serves as chairman of the Midland County Board of Commissioners, said no injuries or deaths had been reported as yet.

Michigan Governor Gretchen Whitmer on Wednesday called on the federal government to provide help to the state in responding to the flooding, which struck at a time when it is grappling with the coronavirus pandemic.

About 10,000 people have been evacuated in Midland County, Whitmer said, after days of heavy rain caused a swollen river to overflow its banks and breach the Edenville and Sanford dams. Whitmer said that no deaths or injuries had been reported.

“Experts are describing this as a 500-year event,” Whitmer told a news conference after a tour of the flood-hit areas. “It is going to have a major impact on community and on our state for the time to come.”