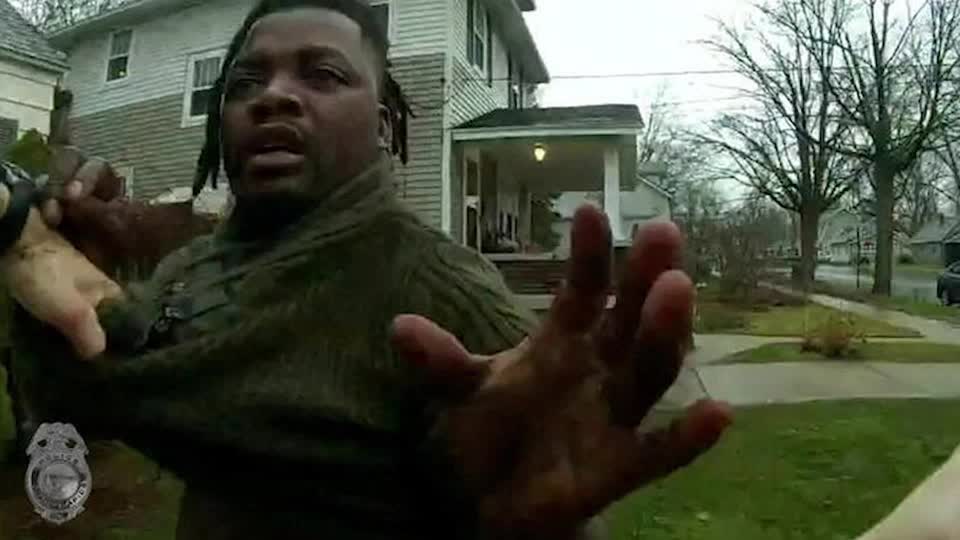 Officer Christopher Schurr, a white police officer, was charged with second-degree murder on Thursday for the fatal shooting of Patrick Lyoya, a black man, during an altercation after a traffic stop two months ago in Grand Rapids, Michigan, in a case that sparked racial justice protests in the city.

The criminal case against Schurr in the April 4 killing of Lyoya, a 26-year-old refugee from the Democratic Republic of Congo, came just over seven weeks after an independent autopsy found Lyoya was shot in the back of the head at point-blank range.

Announcing the charge at a news conference, the chief prosecuting attorney for Kent County, Christopher Becker, said Schurr had turned himself in to authorities and would be arraigned in court in Grand Rapids on Friday.

Becker said he provided Lyoya’s family members a letter of explanation translated into their native language of Swahili.

The killing outraged Lyoya’s loved ones and touched off protests by activists who condemned the shooting as an example of unjustified deadly force by police against young black men.

A forensic pathologist who performed an independent autopsy on Lyoya concluded the officer had held his gun to the back of Lyoya’s head and fired once, evidence that the family’s attorney, Ben Crump, said bolstered their view that Lyoya was the victim of “an execution.”

A charge of second-degree murder, defined as an intentional, unjustified killing, carries a maximum sentence of life in prison with the possibility of parole in Michigan, Becker said. Additional factors necessary to prove a case of first-degree murder, premeditation and deliberation, “just weren’t there,” he told reporters.

If the case goes to trial, jurors would likely be permitted to also consider the “lesser included charge” of manslaughter, which Becker described as essentially same as second-degree murder but mitigated by actions taken in “the heat of passion.”

Becker said he hoped the message taken from his decision to prosecute Schurr would be “that we take this case seriously.”

The prosecutor said he arrived at his decision after reviewing a state police report on the incident, as well as evidence that included video footage taken from the dashboard of Schurr‘s squad car, from his body-worn camera, and from a neighbor’s surveillance camera.

The videos, publicly released in April, show Lyoya stepping out of the car on a rainy street and asking, “What did I do?” as the policeman repeatedly asks for a driver’s license and orders him to get back inside the vehicle.

Lyoya appears to be complying, but then closes the driver’s side door and attempts to walk away, resisting the officer’s attempts to handcuff him.

Following a short foot chase, the two men grapple on a lawn, at one point appearing to struggle over the officer’s stun gun, before Lyoya is shot.

The incident began after the officer stopped Lyoya over suspicions involving his license plate.