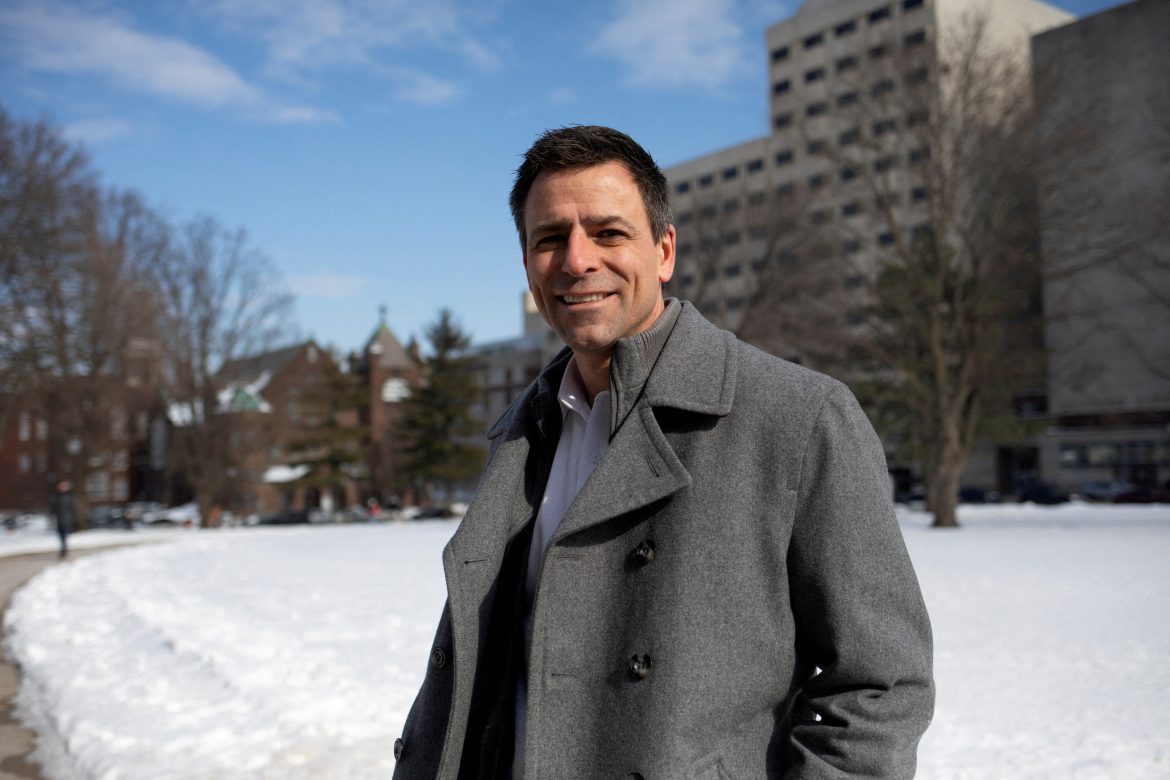 The FBI arrested Republican Ryan Kelley, a candidate for Michigan governor, on Thursday for misdemeanor charges in connection with the Jan. 6, 2021, U.S. Capitol riot by supporters of then-President Donald Trump.

An FBI agent’s sworn statement said Kelley, 40, was captured on video standing in a crowd of people who were “assaulting and pushing past law enforcement officers” at the Capitol.

Kelley is one of five people seeking the Republican nomination to challenge Democratic Governor Gretchen Whitmer in a November election. He serves as an appointed planning commissioner in Allendale, Michigan.

In a recent opinion poll cited by local media in Michigan, Kelley emerged as the leading Republican candidate, though the race remains fluid with 49 percent of Republican voters still undecided.

His campaign did not immediately respond to a request for comment. The primary vote to select a Republican nominee is scheduled for Aug. 2.

The arrest coincided with Thursday’s first of a series of televised hearings of the Democratic-led House of Representatives Select Committee investigating the attack on the Capitol.

Other images show Kelley climbing an architectural feature near the northwest stairs of the building, the FBI statement said. He then can be seen in video footage waving his hand to encourage the crowd to move toward the stairs.

Kelley’s presence at the Capitol that day was reported by a caller to an FBI tip line and by a confidential source who has worked with the bureau since 2020 to provide information about domestic terrorism groups in Michigan, the FBI statement said.

The FBI statement said investigators found photos of Kelley at other events wearing similar attire, including the American Patriot Council “Judgment Day” rally in May 2020.

In November 2020, he was a featured speaker at a “Stop the Steal” rally where he told the crowd: “We’re going to stand and fight for America, for Donald Trump. We’re not going to let the Democrats steal this election,” the FBI statement said.

He is one of more than 840 people charged so far in connection with the attack.