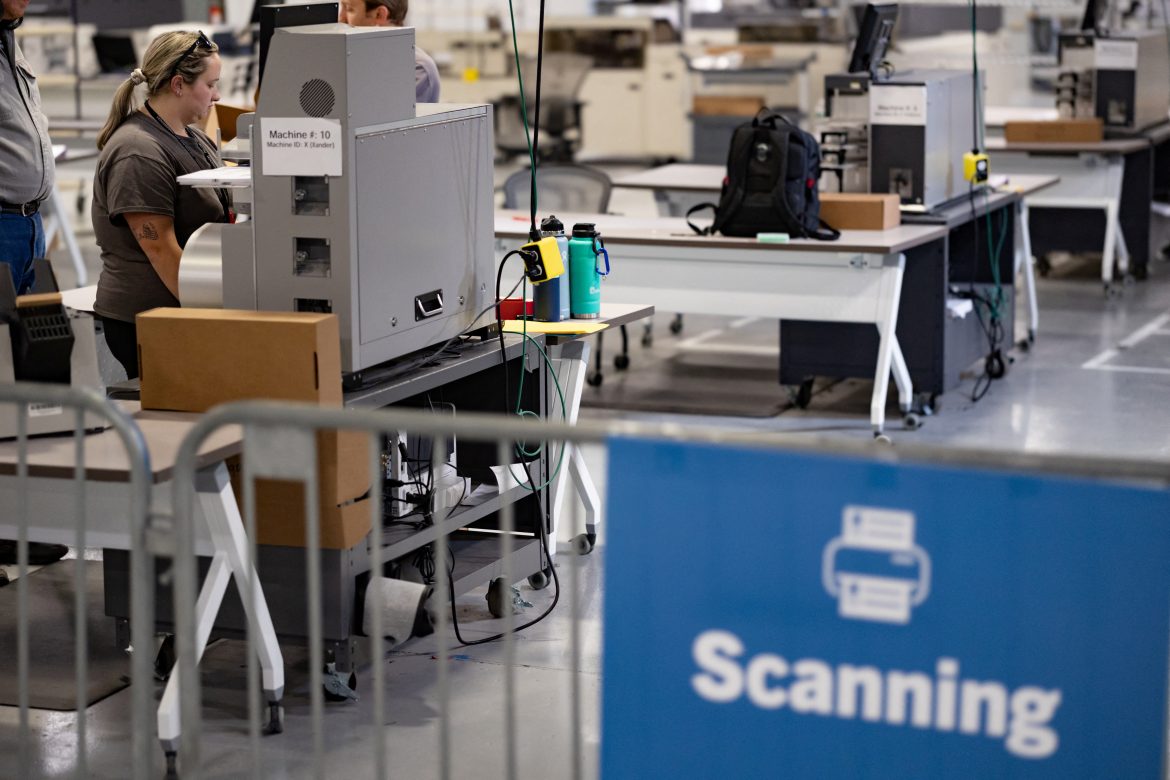 The waiting game continues in crucial midterm races to determine the balance of power in Washington as results trickle in from two battleground states.

Democratic Sen. Mark Kelly as of Friday had expanded his edge over challenger Blake Masters in Arizona’s pivotal race with 51.7% of the vote versus Masters’ 46.1%. Cook Political Report called the race for Kelly in a 12:46 a.m. tweet. So far, there has been no reaction from the Navy combat veteran & retired NASA astronaut, who tweeted on Thursday, “I’m confident we’re going to win. But we don’t have the final results just yet.” A few hours later, Masters wrote: “We are seeing the last few big, pro-Dem drops. Soon they’ll run out, & then there are hundreds of thousands of pro-R ballots to count. We will overtake them and win.

Meanwhile, in Nevada, GOP Senate candidate Adam Laxalt’s slim Thursday lead over Democratic Sen. Catherine Cortez Masto all but evaporated by Friday morning, with less than a percentage point separating the two rivals as of 6:51 a.m. Laxalt is now hanging on to his lead by a thread at 48.97% over Cortez Masto’s 48%, with roughly 94% of the vote counted.

If either party can gain control of both of these seats it would solidify their control of the Senate for the next two years. But if the seats are split then the Senate majority would come down to the Georgia run-off election between Democratic candidate Raphael Warnock and Republican candidate Herschel Walker.

Fox News reported that Republican Herschel Walker raked in $3.3 million in campaign donations Wednesday and another $4.3 million Thursday. Walker, who trailed incumbent Sen. Raphael Warnock (D) by 35,000 votes out of 4 million in the midterms was back on the campaign trail Thursday, appearing with Texas Sen. Ted Cruz at a rally in Canton.

In Arizona’s other nailbiter election, Gov. Katie Hobbs leads Trump-aligned challenger Kari Lake by just over a percentage point with 50.7% of the vote so far, compared to Lake’s 49.3%.

“I have absolute 100% confidence that I will be the next governor of Arizona,” Lake told Fox News Thursday afternoon.

On Thursday night, she tweeted a screen grab from the interview along with the caption: “Get ready!”

Hobbs responded with a tweet of her own, saying: “This election will be determined by the voters, not by the volume at which an unhinged former television reporter can shout conspiracy theories.”

Things could change dramatically throughout the day when election officials in Maricopa County, which accounts for more than 60% of voters, are expected to begin reporting results from a massive 300,000 mail ballots dumped on Election Day. Maricopa County has been the center of election controversy as it was part of an audit after the 2020 election and many election machines failed to work properly on Tuesday.

Maracopa County officials announced on Wednesday that they will begin a hand count audit to ensure the accuracy of ballots in the state.

Officials in both Nevada and Arizona have said that votes may not be fully counted until next week.

Meanwhile, Colorado GOP Rep. Lauren Boebert’s unexpectedly tight race to secure a second term in Congress against rival Adam Frisch could be headed for a recount. The Republican firebrand had long been considered safe in the state’s conservative-leaning 3rd Congressional District but currently holds a razor-thin 0.4 percentage point lead over Frisch, falling within the 0.5-point margin that triggers an automatic recount. Boebert currently leads by 1,200 votes, with thousands of ballots still being tabulated.

As of 9:15 am on Friday there were 32 House seats still in play, with Republicans needing to pick up 7 more to gain control of the lower chamber.

This report was partially informed by The Associated Press, The Hill, Business Insider, and  Independent, reports.