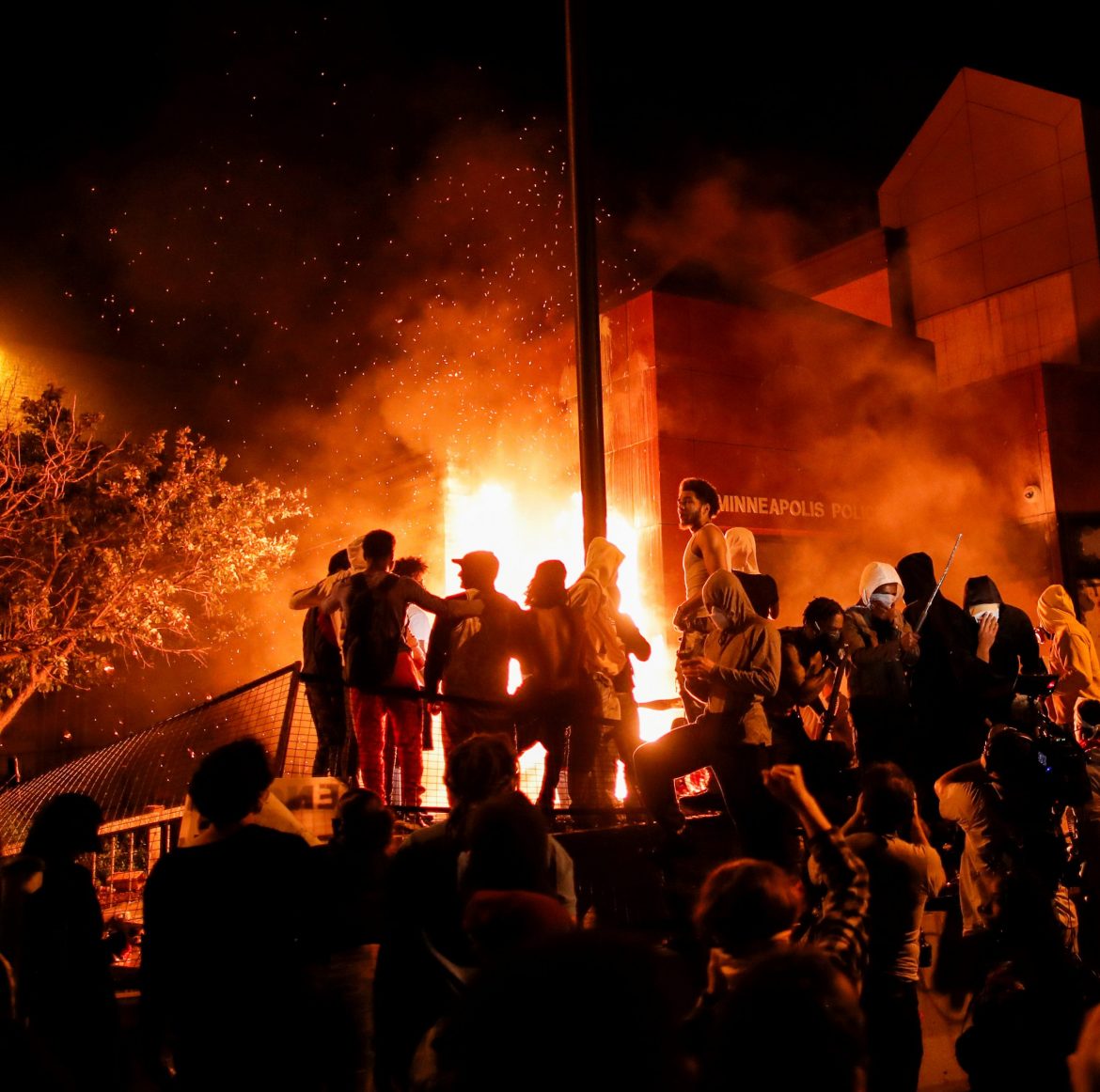 The Minneapolis policeman who pinned an unarmed man with a knee to the neck before the man later died was arrested and charged with murder, a prosecutor said on Friday after three nights of violent protests rocked the Midwestern city.

Derek Chauvin, the officer seen on a bystander’s cellphone video kneeling on George Floyd’s neck on Monday before the 46-year-old man died, has been charged with third-degree murder and manslaughter, Hennepin County Attorney Mike Freeman told a news briefing.

“He is in custody and has been charged with murder,” Freeman said of Chauvin. “We have evidence, we have the citizen’s camera’s video, the horrible, horrific, terrible thing we have all seen over and over again, we have the officer’s body-worn camera, we have statements from some witnesses.”

The cellphone footage showed Floyd repeatedly moaning and gasping while he pleaded to Chauvin, “Please, I can’t breathe.” After several minutes, Floyd gradually grows quiet and ceases to move.

Chauvin had his knee on Floyd’s neck for 8 minutes and 46 seconds, and an autopsy found the combined impact of his being restrained by the police, underlying health conditions, and any potential intoxicants in his system likely contributed to his death, according to the charging document.

Chauvin and three fellow officers at the scene were fired on Tuesday from the police department of Minneapolis, a city of 425,000 people in Hennepin County. The city identified the other officers as Thomas Lane, Tou Thao, and J Alexander Kueng.

Freeman said the investigation into Chauvin – who, if convicted, faces up to 25 years in prison on the murder charge – was ongoing and that he anticipated charges against the other officers. He said it was appropriate to charge “the most dangerous perpetrator” first.

In a statement, U.S. Attorney General William Barr called the video of Floyd’s encounter with Chauvin “harrowing and deeply disturbing” and noted that a parallel federal investigation was ongoing to determine if the officers violated civil rights laws.

Floyd’s death is the latest killing to galvanize the nation’s thinking about policing of racial minorities, and was eerily reminiscent of the 2014 killing of Eric Garner, an unarmed black man in New York City, who died after being put in a police chokehold and telling the officers, “I can’t breathe.”

Mike Griffin, a community organizer in Minneapolis, said the protests reflected years of frustration over economic inequalities between whites and minorities and the feeling that black lives were not valued as highly by the police.

He said anger has been building since the 2015 fatal shooting by Minneapolis police of 24-year-old black man Jamar Clark, and the 2016 killing of Philando Castile, a 32-year old black man shot by Minnesota police during a traffic stop.

“George’s murder was just the last straw,” Griffin told Reuters, calling the charges against Chauvin a step in the right direction. “We need to change systemic issues with the police force.”

The protests, which threatened to carry into the fourth night, have been driven in part by the initial lack of arrests in the case.

Responding to a reporter’s question about why no officer was arrested sooner, Freeman stressed that charges in similar cases typically take nine months to a year.

“This is by far the fastest we’ve ever charged a police officer,” said Freeman.

Earlier on Friday, Minnesota Governor Tim Walz said he understood why people had “lost faith” in the police but argued Floyd’s plight had gotten “lost in 48 hours of anarchy” and called for an end to the destruction of property and the burning down of a police precinct Thursday night.

Walz has declared a state of emergency and called in the state’s National Guard and patrol force to restore order after city police largely left protesters alone overnight. Walz apologized to CNN after arresting its TV crew during an early morning sweep of the city on Friday.

“None of us can live in a society where roving bands go unchecked and do what they want to, ruin property,” Walz said, adding that a reckoning with the city’s racial inequities could not happen without calm. “We have to get back to that point of what caused this all to happen and start working on that.”

Local news stations reported that 500 national guard soldiers are being activated in the city of Minneapolis to control the violence.