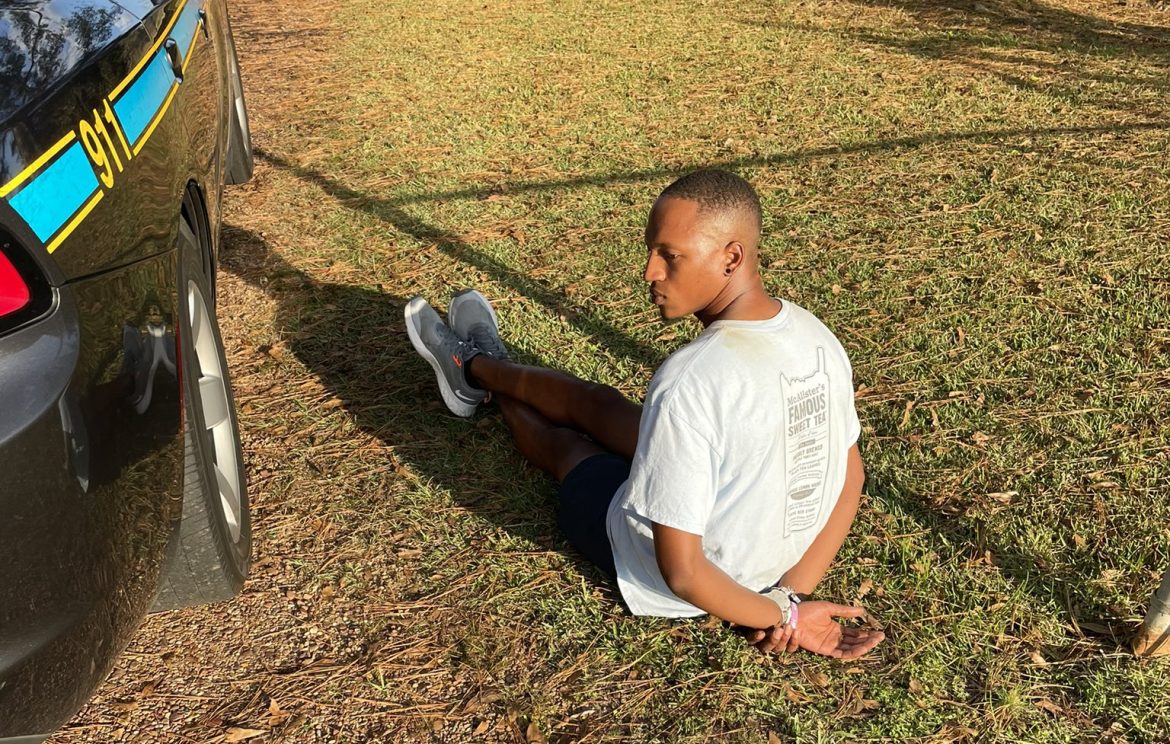 Police in Jackson, Mississippi, announced Tuesday afternoon that they had identified the man they believe was responsible for setting seven fires on Election Day, including fires at two churches and one at Jackson State University.

Hinds County Sheriff Tyree Jones confirmed in a tweet that Delvin McLaurin had been arrested near Terry, Mississippi, which is located south of the capital city.

“HCSO Deputies acting on a tip from citizens were able to detain wanted arson suspect, Delvin McLaurin, and take him into custody this evening in Terry near the Hinds/Copiah County line,” Jones tweeted. “He will be transferred to @JacksonMSPolice for further questioning.”

As reported by WLBT-TV, a Mississippi NBC affiliate, McLaurin was subsequently charged with six counts of arson and one count of malicious mischief. He was denied bond on the six arson charges and granted a $25,000 bond on the mischief charge.

“I’ve been here for 30 years. This is a major occurrence,” Patrick Armon, assistant fire chief for the Jackson Fire Department, told WAPT-TV, the local ABC affiliate. “This is not something we normally go to. We have about a third of our department on sites.”

Authorities have not offered any indication of a possible motive and it remains unclear whether or not the timing of the fires was coincidental.

The fires in question were set during the early morning hours of Tuesday when, a little before 3 a.m., emergency workers were made aware of numerous fires.

Greater Bethlehem Temple Church and Epiphany Lutheran Church were among the locations set ablaze, as was a covering on a fence at Jackson State University’s baseball field. JSU is a historically black university located just west of downtown in the capital city. Fires were also reported at a gas station, a home, and two other structures.

Most of the fires appear to have been located within walking distance of each other. For example, the two churches are less than a mile apart, and the Jackson State baseball field is less than a half-mile walk from Epiphany Lutheran Church.

Epiphany Lutheran sustained the worst damage of all locations, having burned for more than four hours. Video on WAPT showed that much of the outer structure of the church had been lost.

Jackson State has garnered a lot of attention since hiring NFL Hall of Famer Deion Sanders as its head football coach in 2020. The football is currently 9-0, ranked No. 9 in the FCS rankings, and recently hosted ESPN’s College Gameday, a rarity for an FCS school.