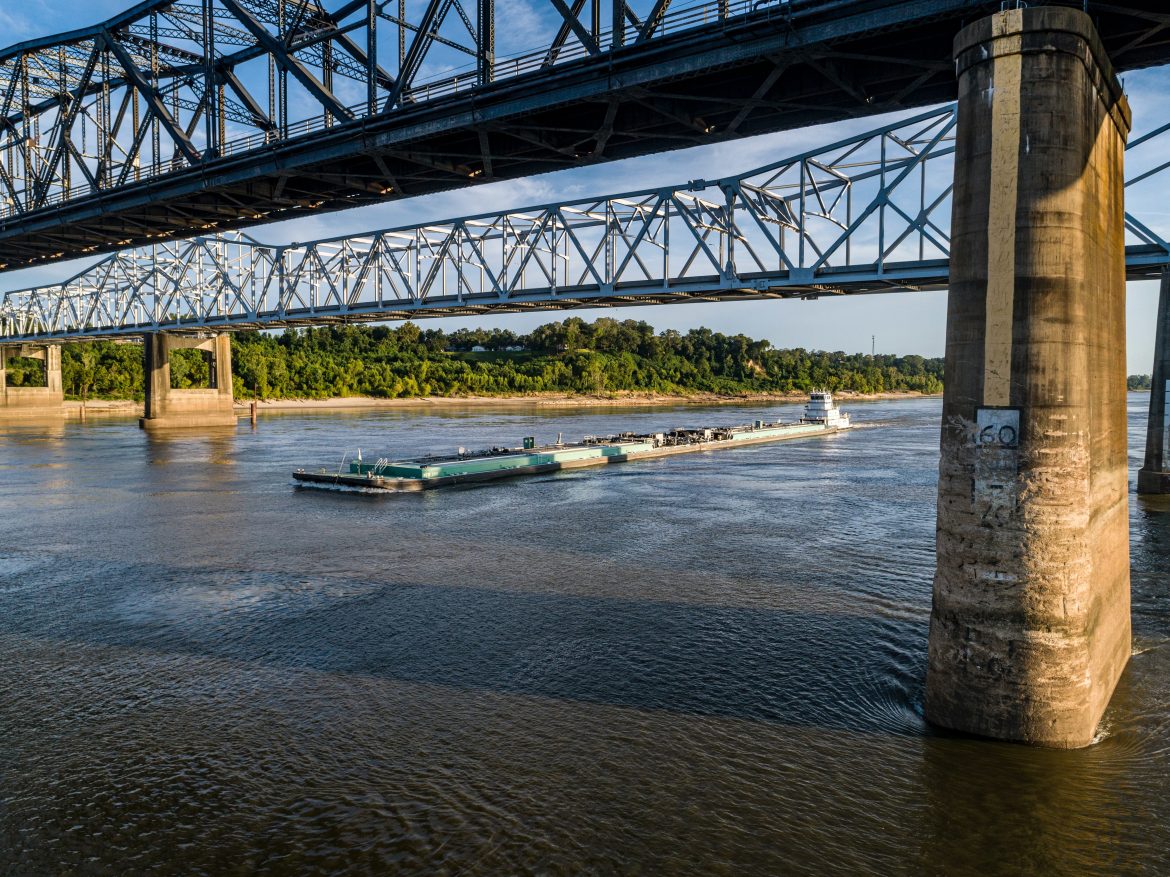 Two stretches of the southern Mississippi River were reopened to commercial traffic over the weekend after dredging operations deepened the shipping channel near Memphis, Tennessee, and near Stack Island, Mississippi, the U.S. Coast Guard said on Monday.

The major shipping waterway had been closed to vessel traffic at the two locations since at least last week after several barges and boats struck the river bottom in the drought-parched river.

The closures disrupted the flow of newly harvested grain from Midwest farms to export terminals on the Gulf Coast, where some 60% of corn, soybean, and wheat exports exit the country. Northbound shipments of road salt, fertilizer, and other goods were also stalled by the closure.

A southbound queue of 22 tow boats hauling 392 barges was still waiting to pass a section of the river near Stack Island on Monday morning, but the northbound queue has been cleared, said Coast Guard spokesman Petty Officer Ryan Graves. There were no vessels waiting to pass near Memphis, he said.

The vessel queue had ballooned to more than 100 tow boats and at least 2,000 barges last week, sending freight rates and grain barge premiums to historic highs.

Traffic remained restricted to one-way only, the Coast Guard said.

Barge draft restrictions that limit the amount of cargo per vessel, and curbs on the number of barges allowed in each tow also remain in place due to low water and a narrowed shipping channel, shippers said.

Low water is expected to remain a problem for barge shippers amid mostly dry weather in the near-term forecast.

The Mississippi River at Memphis is forecast to recede over the next two weeks to multi-year lows, possibly challenging a low-water record set in 1988 by late October, according to the National Weather Service river forecast.