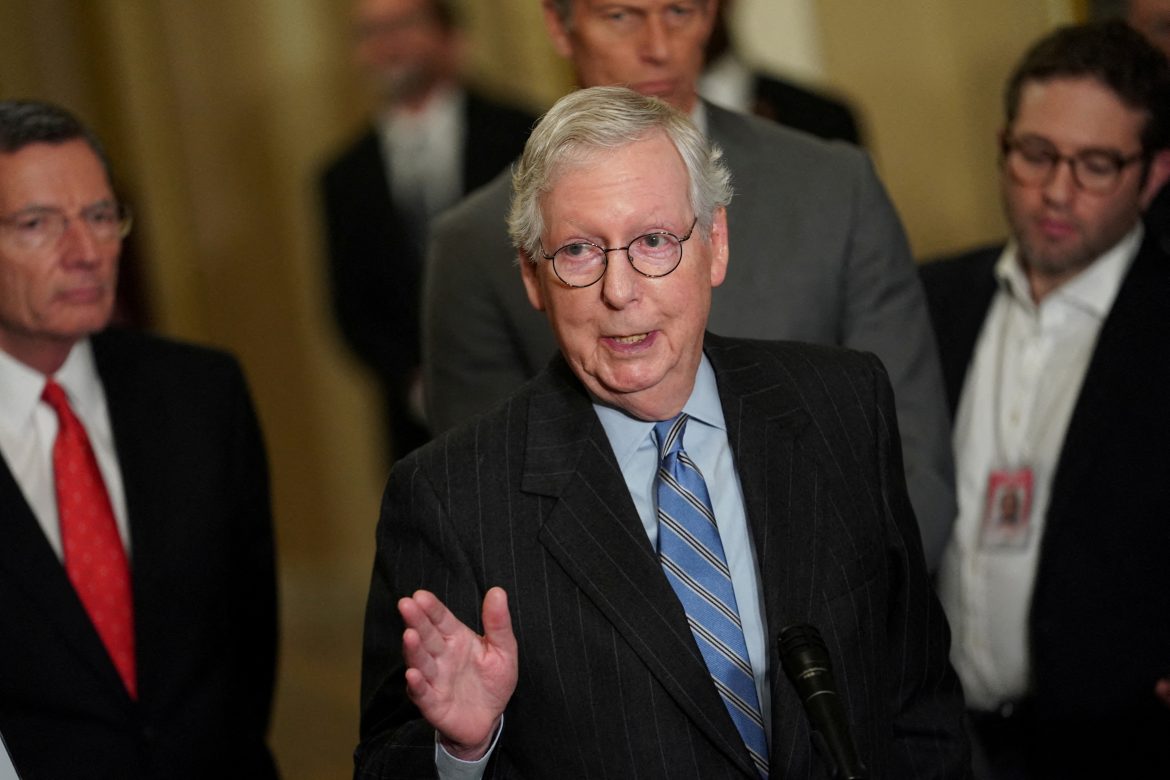 President Biden’s New Year’s pitch for a more united government will get a boost from an unexpected corner this Wednesday as he makes a rare joint appearance with Kentucky Republican Senate Minority Leader Mitch McConnel in the Bluegrass State. The two leaders will tout the nearly $1 trillion-dollar infrastructure spending bill of 2021 that passed with bipartisan support, The Associated Press reported.

The scheduled appearance is likely tied to news that Kentucky and Ohio will receive over $1.6 billion in federal grants to build a new bridge between the two states to alleviate a major bottleneck along a heavily traveled shipping corridor near Cincinnati.

News of McConnell’s latest defection will likely do little to mitigate his growing disfavor among hardline conservatives increasingly frustrated over what they consider to be the GOP leader’s eagerness to aid and abet the Biden agenda.

“I’m proud of my vote,” McConnell said after the 2021 Democrat-led infrastructure bill cleared the Senate in 2021.

McConnell was already in hot water as one of the top Republican leaders singled out in the post-election finger-pointing over the party’s disappointing midterm election results. The minority leader’s Dec. 21 declaration that a “majority of Americans” consider helping Ukraine defeat Russia to be the UnitedStates’ “No. 1 priority” further cemented his status as one of the most loathed figures within his own party at a time when Americans are struggling with rampant inflation and the worst border crisis in the country’s history.

Conservative Breitbart commentator Kurt Schlichter, who has endured the wrath of many conservatives for his continued defense of McConnell’s record, suggested that the joint appearance with Biden may prove to be the final nail in the coffin, in terms of the lawmaker’s political effectiveness.

He went on to say that, while the Kentucky Senator “was objectively skilled and effective once upon a time,” he has now become “perhaps the most unpopular major politician in America, a group that includes Nancy Pelosi and Joe Biden.”

The Biden-McConnell event is part of a broader White House campaign to promote the message that the president’s work with both Democrats and Republicans has benefited the economy as his administration braces for a new Republican House majority that will break up Washington’s one-party rule and throw a wrench in Biden’s legislative agenda.

Vice President Kamala Harris will travel to Chicago on Wednesday to highlight “how the President’s economic plan is rebuilding our infrastructure, creating good-paying jobs – jobs that don’t require a four-year degree, and revitalizing communities left behind” while Transportation Secretary Pete Buttigieg is slated to deliver the same message in New London, Connecticut.  A joint appearance with soon-to-be former House Speaker Nancy Pelosi (D-Calif.) and White House infrastructure official Mitch Landrieu on the same subject is scheduled to take place in San Francisco on Thursday.

Prior to departing for his winter holiday Caribbean family getaway on Dec. 22, Biden called for a less acrimonious and more united government. The president urged lawmakers to stop seeing themselves as members of “Team Red” or “Team Blue” and, instead, as “fellow Americans.”

The remarks represent a notable departure from Biden’s Nov. 2 speech in which he vilified an unspecified swath of Republicans as a collective threat to democracy.

This article was partially informed by Breitbart, The Daily Fetched, and NBC News reports.