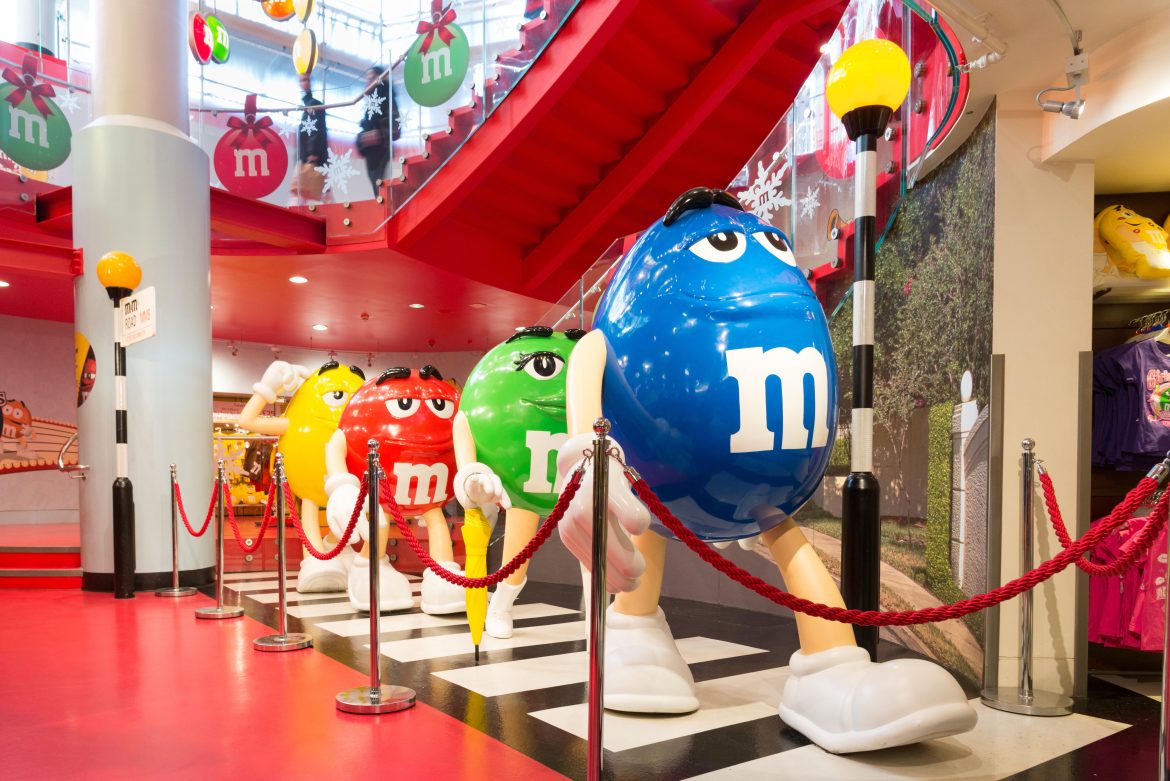 Anyone who is a fan of the M&M’s so-called “spokescandies” may be in for a rough year, as the Mars company recently announced it will be pulling the colorful cast of characters over backlash regarding recent changes.

In a statement posted to its Twitter account, M&M’s notified the world that it will not be using the various candy icons for an “indefinite” amount of time.

“America, let’s talk,” the statement begins. “In the last year, we’ve made some changes to our beloved spokescandies. We weren’t sure if anyone would even notice. And we definitely didn’t think it would break the internet. But now we get it — even a candy’s shoes can be polarizing. Which was the last thing M&M’s wanted since we’re all about bringing people together.”

Therefore, we have decided to take an indefinite pause from the spokescandies. In their place, we are proud to introduce a spokesperson America can agree on: the beloved Maya Rudolph. We are confident Ms. Rudolph will champion the power of fun to create a world where everyone feels they belong.

The move is in response to backlash the company received over its 2022 initiative of “creating a world where everyone feels they belong.” Part of this initiative included changes to the cartoon candies — called lentils in their statement — “to underscore the importance of self-expression and power of community through storytelling.”

As previously reported by FISM News, more noticeable “changes affect the female characters, green and brown. Together, the lentils will be upgraded to exemplify female empowerment. For example, the green character will have her iconic knee-high boots replaced by sneakers.”

The initiative also aimed to shake things up within the company itself, including the implementation of “gender-balanced leadership teams” and “running an independent annual diversity audit of its advertising.”

At the time Jane Hwang, the Global Marketing Vice President of Mars Wrigley, said the efforts of the company under this new initiative will “incorporate colorful visuals, inclusive messaging and our purpose into all we do to prove that all together, we’re more fun.”

The changes made by Mars were lambasted by conservatives at the time. Primarily, the updates to the candies were targeted as they reflected the ongoing changes within the company itself.

In their Twitter statement on removing the candies, Mars actually points to one of the most famous instances of conservative criticism when the company says “even a candy’s shoes can be polarizing.”

After the initial changes to the characters were announced in early 2022, Tucker Carlson of Fox News blasted the Mars company in an episode of his show “Tucker Carlson Tonight.” In his show, he commented on how the green M&M was no longer allowed to wear “sexy” shoes in the name of inclusivity and female empowerment.

He also went on to criticize the company’s other updates in future shows, including its introduction of a brand new purple M&M to the spokescandy roster back in September 2022. Mars described the new, oblong-shaped candy as representing “acceptance and inclusivity” — something Carlson said was meant to promote fat positivity.

While Carlson received ire from many social media users for what they deemed as his “attraction” to the candies, some are pointing to his segments as the reason Mars is pulling the candies away from advertising.

Carlson himself even addressed the situation on January 23, saying that he received flak from other news outlets like CNN, Bloomberg, and Forbes for the company’s cancellation of the candy-centric advertising. Carlson maintains that his comments were reflective of the “woke” politics behind the changes, and not the actual changes themselves.

For context, Mars as a company has pushed further into a more progressive stance in the year 2022. Focusing mainly on “inclusion and diversity” within their company, Mars even released an article near the end of the year reflecting on the total “gender equality” changes it has made.