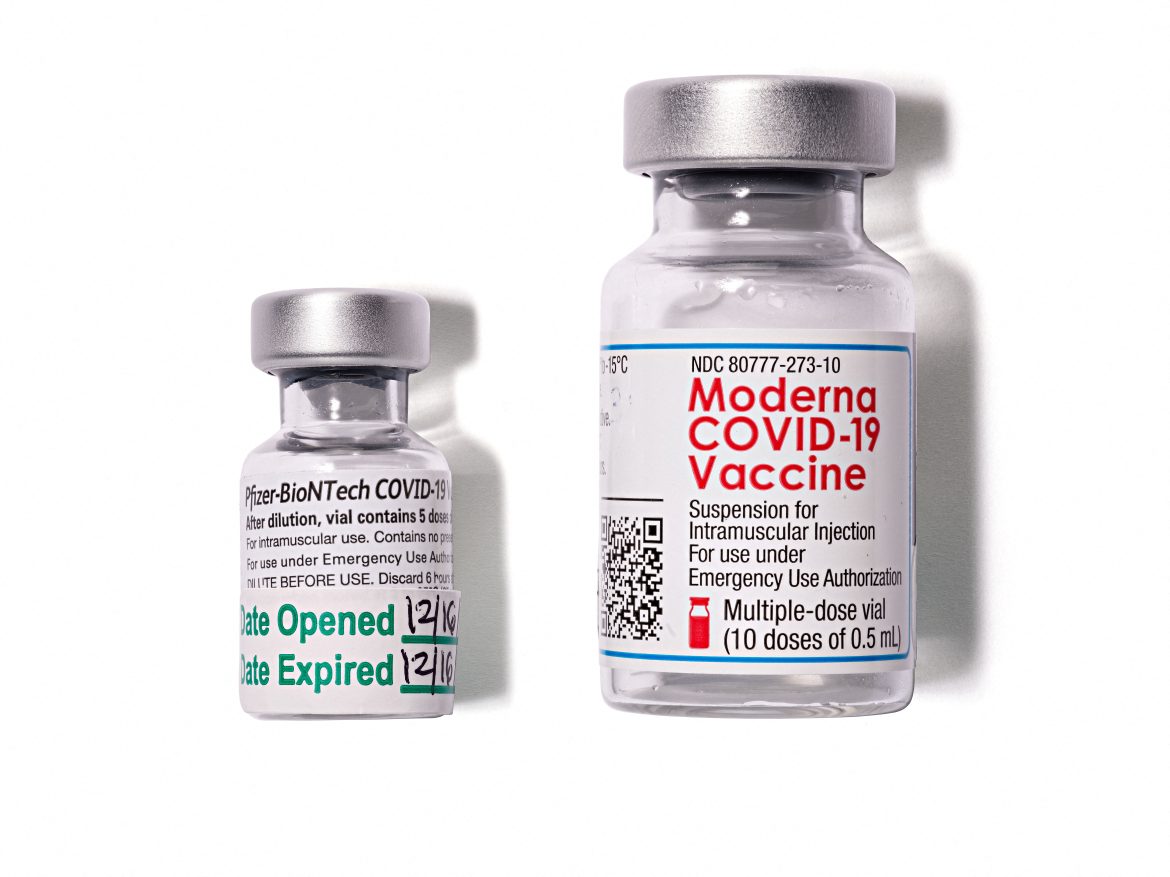 Moderna is suing Pfizer and BioNTech for patent infringement of technology used to develop the first COVID-19 vaccines. The pharmaceutical company claims that Pfizer and its German partner copied the technology.

A statement that was released on Friday alleges that Pfizer BioNTech’s Comirnaty vaccine “unlawfully infringes patents Moderna filed between 2012 and 2016.”

The lawsuit was filed in U.S. District Court in Massachusetts as well as the Regional Court of Dusseldorf in Germany. Moderna is expecting that Pfizer and BioNTech will compensate Moderna for Comirnaty’s ongoing use of Moderna’s patented technologies, which they claim was used without permission.

“We are filing these lawsuits to protect the innovative mRNA technology platform that we pioneered, invested billions of dollars in creating, and patented during the decade preceding the Covid-19 pandemic,” Moderna Chief Executive Stephane Bancel said in the statement.

However, in an effort to “ensure continued access to these life-saving vaccines,” Moderna is not seeking an injunction against future sales, removal of Comirnaty from the market, or monetary damages on sales to low and middle-income countries. The company will also not pursue damages for which the U.S. government would be responsible.

Moderna contends that Pizer BioNTech copied two types of intellectual property related to mRNA technology to develop COVID-19 vaccines. The first involved an mRNA chemical modification that “avoids provoking an undesirable immune response when mRNA is introduced into the body.” Scientists for Moderna began working on this technology in 2010 and were the first to validate it in human trials in 2015.

The second alleged infringement involves the coding of a full-length spike protein in a lipid nanoparticle formation. Moderna says its scientists developed it while creating a vaccine for the coronavirus that causes Middle East Respiratory Syndrome (MERS), which was first reported in 2012.

Moderna said in its statement that “Pfizer and BioNTech took four different vaccine candidates into clinical testing, which included options that would have steered clear of Moderna’s innovative path. Pfizer and BioNTech, however, ultimately decided to proceed with a vaccine that has the same exact mRNA chemical modification to its vaccine.”

According to data from the CDC, more than 360 million doses of Pfizer-BioNTech’s COVID-19 vaccine have been administered in the U.S., and nearly 230 million doses of Moderna’s vaccine have been administered. Both pharmaceutical companies have tens of billions in COVID-19 vaccine sales and it is estimated that both companies are predicted to make a combined $51 billion in vaccine sales in 2022.

Moderna has also been sued for patent infringement in the United States by Alnylam Pharmaceuticals Inc and has an ongoing dispute with the U.S. National Institutes of Health (NIH) over rights to mRNA technology.

Pfizer and BioNTech are currently facing multiple lawsuits from other companies who claim that the companies’ COVID-19 vaccine infringes on their patents. Germany’s CureVac also filed a lawsuit against BioNTech in Germany in July, however, BioNTech responded in a statement that its work was original. CureVac is seeking “fair compensation.”

A spokesperson for Pfizer told Fortune that the lawsuit is unexpected, saying “Pfizer BioNTech has not yet fully reviewed the complaint, but we are surprised by the litigation given the Pfizer BioNTech COVID-19 Vaccine was based on BioNTech’s proprietary mRNA technology and developed by both BioNTech and Pfizer,” they said. They added that they are “confident in our intellectual property” and “will vigorously defend against the allegations of the lawsuit.”