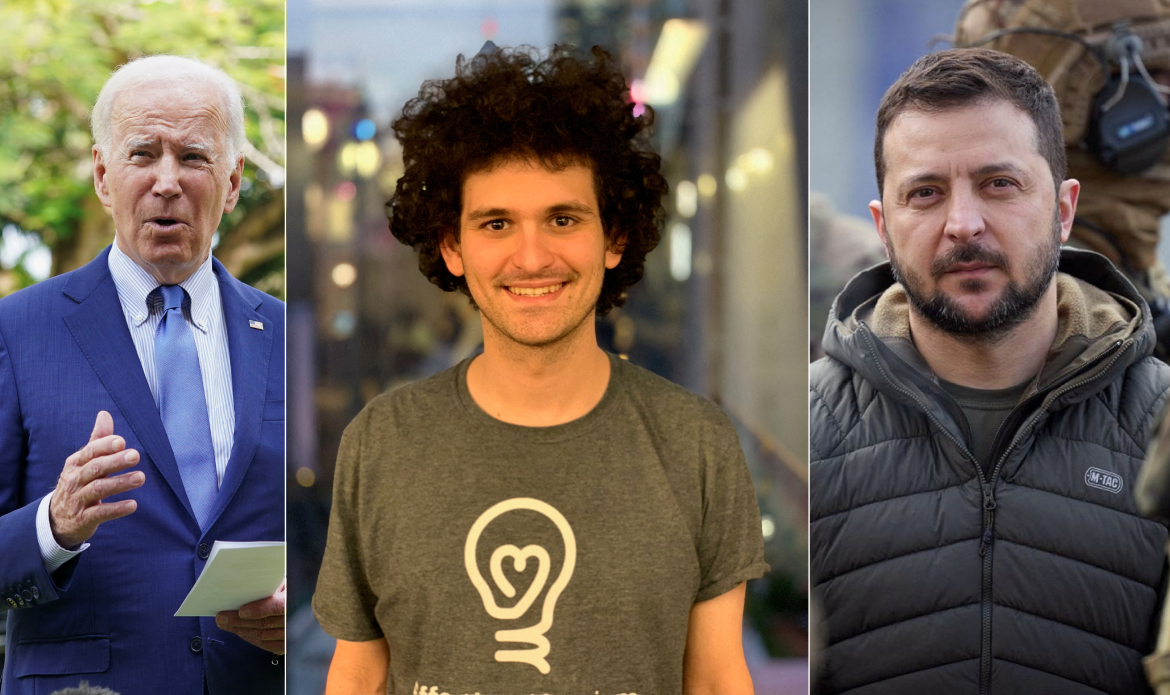 Bankman-Fried donated nearly $38 million to Democrats during the midterm cycle, according to Federal Election Commission data, making him the party’s second-highest donor after only George Soros.

Alex Bornyakov, deputy minister of digital transformation of Ukraine, denied accusations that the country used government funds to invest in FTX, which then funneled the money to Democratic candidates, calling the theory “nonsense” in a tweet.

Bankman-Fried in March wrote on Twitter that he was “excited and humbled to be working with the Ukrainian Ministry of Finance and others to support crypto donations to Ukraine.”

The link between Bankman-Fried, the collapse of his multi-billion-dollar cryptocurrency company, the Democratic party, and now Ukraine has raised serious questions about potential political motivations driving the U.S. involvement in the Russia-Ukraine conflict.

“Why on earth the American taxpayer is funneling tens of billions of dollars over to Ukraine so that they can fight Russia, and why on earth they would be involved, the Ukrainian government, with this now collapsed cryptocurrency exchange we need to know,” she said.

“Why on earth was a country at war dabbling with cryptocurrency which everybody knows is shady?” Devine asked.

The Biden administration has sent $60 billion to Ukraine since the start of the war, a staggering figure that doesn’t include the President’s new request that Congress authorize another $37 billion in aid, which has been tacked on to a federal government spending measure set to expire next month.

NEW – Jesse Waters: “The Democrat Party is in the middle of the biggest financial fraud case in U.S. history!”

The connection between the Biden family and Ukraine goes back years. Hunter Biden, the president’s son, served on the board of Ukrainian energy company Burisma during his father’s tenure as U.S. Vice President, despite having no experience in the energy sector.

FTX, once one of the world’s largest crypto exchanges, filed for bankruptcy on Friday after users discovered that firms controlled by Bankman-Fried, including his Alameda Research hedge fund, were allegedly fraudulently intertwined. The discovery resulted in a liquidity crisis as users scrambled to withdraw funds. Within hours, the 30-year-old entrepreneur’s $16 billion fortune disappeared, along with at least $1 billion in client funds and millions of dollars worth of assets.

Bankman-Fried faces allegations that he secretly transferred $10 billion from FTX to Alameda Research, which also filed for bankruptcy.

Bankman-Fried and his company are currently under investigation by the Department of Justice and the Securities and Exchange Commission, according to the Wall Street Journal. Bankman-Fried most recently resided and headquartered FTX in the Bahamas.