Money rolling in as Walker, Warnock head to Senate runoff in Georgia 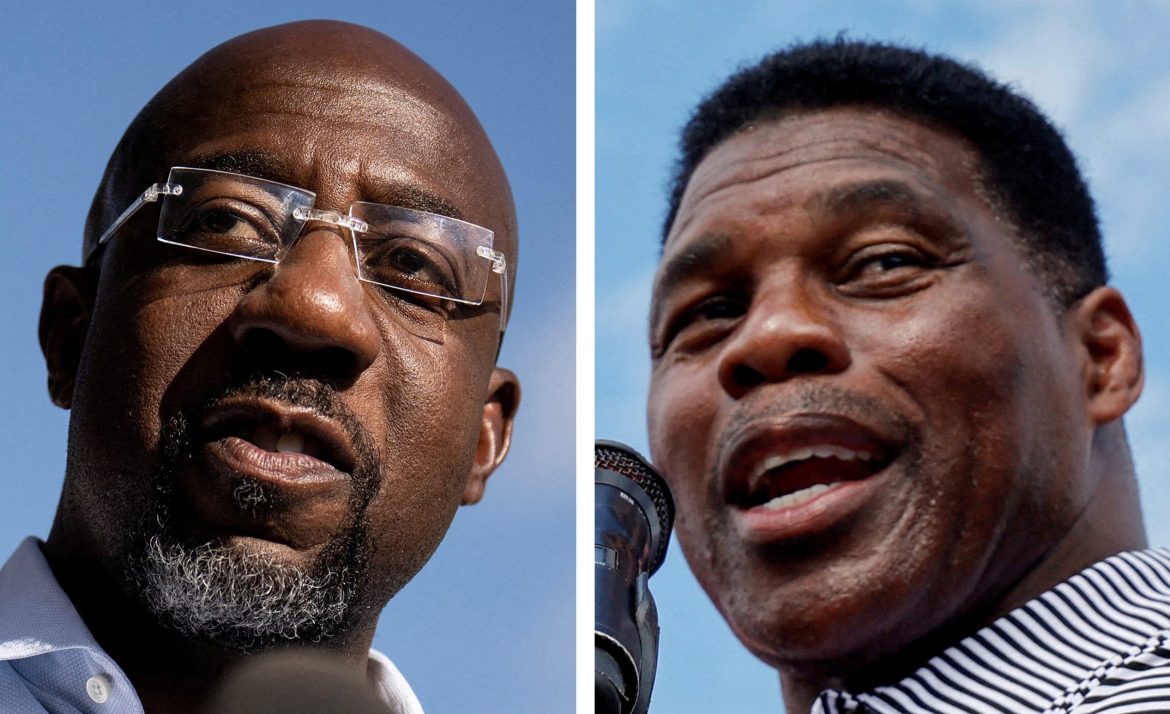 In what feels like a replay of 2020, a Georgia runoff election will likely once again determine control of the U.S. Senate. Before it’s over, the two campaigns may spend previously unimaginable amounts of money.

As of Tuesday, Democrat incumbent Raphael Warnock had spent $135.8 million on his campaign, while Republican challenger Herschel Walker’s campaign had spent $32.4 million, according to a Reuters report on Federal Election Commission data.

When a coming Dec. 6 runoff became apparent due to neither candidate garnering more than 50% of the vote, Walker raised $3.3 million in just 24 hours on Wednesday. He had raised another $1 million by noon on Thursday.

A source close to the Walker campaign told Fox News that the Republican will focus on “rallies in large-population areas where turnout happens, with the aim to energize supporters of former President Donal Trump, ‘soft Republicans’, and independents to vote in the runoff contest.”

The rallies began Thursday, as Walker joined forces with Senator Ted Cruz (R-Texas) for an event in Canton, Georgia.

The fate of the country depends on Georgia!

Bring your friends, bring your family and vote for my friend @HerschelWalker on December 6th! https://t.co/IsWbmXPlSF pic.twitter.com/RXllUiRCan

Chuck Clay, a former state Republican chair and former state senator, said both sides will be willing to spend whatever it takes to win the race.

“Just start adding zeroes and stop when you feel like it,” Clay said. “Money is going to be no object on either side.”

Senate Minority Leader Mitch McConnell (R-Ky.) has tapped Georgia Governor Brian Kemp to lead the Republican effort to campaign for Walker in the runoff election. Kemp won his reelection relatively handily on Tuesday, receiving 53.4% of the vote and defeating Democrat Stacey Abrams by nearly 300,000 votes with 99% of precincts reporting as of early Friday afternoon.

Politico reported that Kemp has one of the best state-level campaign organizations in the country, writing,

Kemp is loaning his get-out-the-vote machine to the Senate GOP’s voter turnout efforts, giving the party entrée to a political team that is increasingly viewed as one of the GOP’s most formidable state operations. The governor ran a gauntlet this year, prevailing over a Donald Trump-backed primary opponent by a lopsided margin before comfortably defeating Democrat Stacey Abrams in the general election.

Far more money and campaigning from people outside of the state of Georgia are expected between now and Dec. 6. Many people on the right are calling for Florida Gov. Ron DeSantis and former President Donald Trump to head to Georgia and put their support behind Walker. Trump has already endorsed and campaigned extensively for Walker, a former University of Georgia and professional football star.

Notably, Walker famously (or infamously) spurned the NFL to join the USFL after his Heisman Trophy-winning junior year at Georgia in 1982. In the USFL, he played for Trump’s New Jersey Generals until the league’s closure in 1986.

Sheila Krumholz, OpenSecrets’ executive director, predicted at least $100 million more in outside spending to enter the campaign through Dec. 6.

A Moment in History: Veterans Day