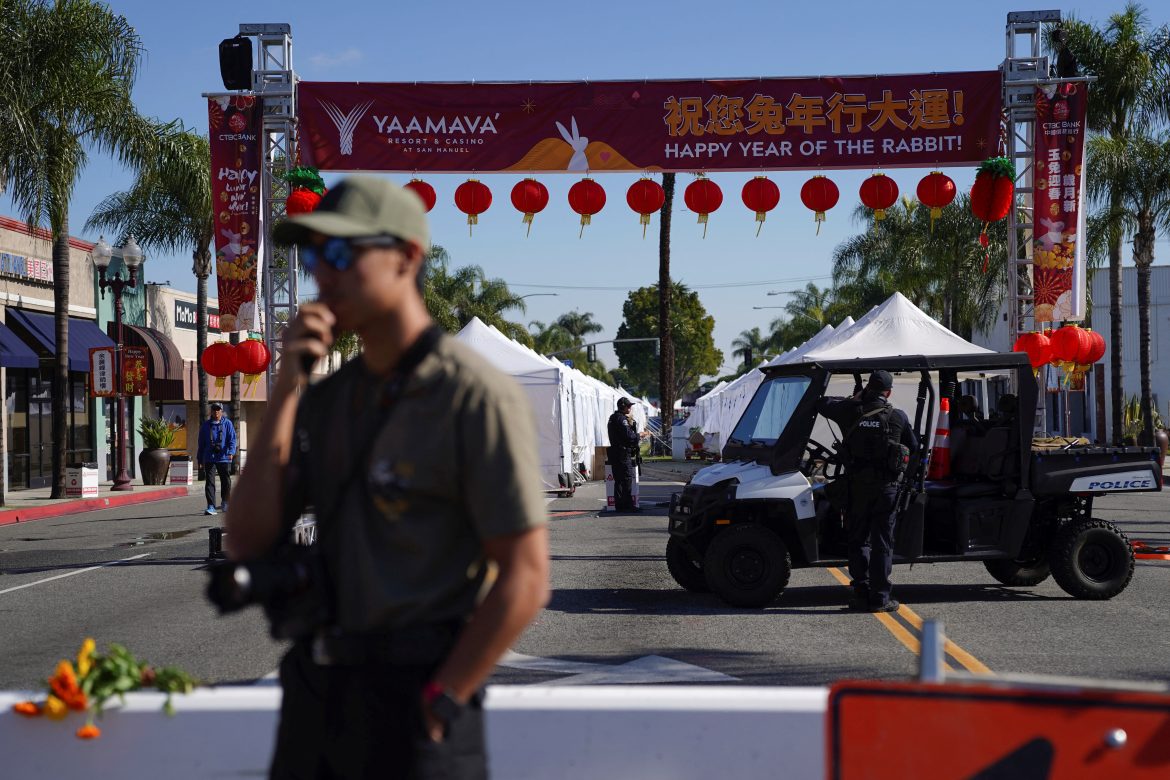 The man who police allege murdered 10 people in a mass shooting during a Lunar New Year celebration in Los Angeles County Saturday night was found dead Sunday in the white van he used to stage his getaway.

Sheriff Robert Luna announced at a press conference that 72-year-old Huu Can Tran was found slumped over the steering wheel of a white van in Torrance, California, about 30 minutes away from the site of the shooting. Police believe he died of a self-inflicted gunshot wound.

“While this provides some sense of relief that the community is no longer in danger from this suspect, we continue to mourn this tragic event,” read a tweet on the LAPD’s official Twitter account. “Remember, if you ever see or hear anything suspicious related to criminal activity, please say something and report it to [the] police.”

While this provides some sense of relief that the community is no longer in danger from this suspect, we continue to mourn this tragic event.

Remember, if you ever see or hear anything suspicious related to criminal activity, please say something and report it to police.

As of this writing, the shooter’s motive remains unclear. Sheriff Luna told reporters that there were no other people believed to have been involved in the commission of the crime and that there was “no longer a threat” to the area.

Congresswoman Judy Chu (D-Calif.), who also participated in the press conference said she was as much at a loss as everyone else.

“I still have questions in my mind, which is: What was the motive for the shooter? Did he have a mental illness? Was he a domestic violence abuser? How did he get these guns and was it through legal means or not?” Chu said.

On Twitter, Chu posted a statement of condolence to the families of those who lost a loved one or those who were injured as well as thanks to area first responders.

My statement on the mass shooting in my hometown, Monterey Park, CA: https://t.co/0coUPQ0MSB pic.twitter.com/fix3KrGCvQ

As previously reported on FISM, a man — who police now say was Huu Can Tran — killed 10 people and injured 10 more at a Lunar New Year party at the Star Ballroom Dance Studio in Monterey Park Saturday night. About a half-hour later, he entered a different party, but patrons there were able to wrest a firearm from Tran, who then fled in a white van.

Supervisor Hilda Solis shared this heartfelt note for the families that lost their loved ones and those that are recovering following the Monterey Park mass shooting.

According to reports, seven people remained hospitalized Sunday night. According to Luna, none of the victims is younger than 50.

While the second of a planned two-day Lunar New Year celebration in Monterey Park was canceled in the wake of the shooting, other celebrations proceeded in other parts of Greater Los Angeles.

“Our people have added patrols across our Asian communities today and will meet with any organizers hosting New Year celebrations,” LAPD Chief Michael Moore tweeted. “We are working closely with {the sheriff’s department] and [Monterey Park PD] to support in any manner possible. Such a tragic loss of life and a dark day.”

Later in the day, the LAPD account added, “The LAPD joins with our community members as they celebrate the Lunar New Year in Chinatown. The tragic news from Monterey Park remains in everyone’s mind, and in an abundance of caution, we will be providing extra patrols in our diverse Asian communities throughout Los Angeles.”

As reported more extensively by CNN, police departments across the nation stepped up security efforts in an effort to allow members of their communities, particularly members of the Asian American community, to celebrate with a greater sense of safety.