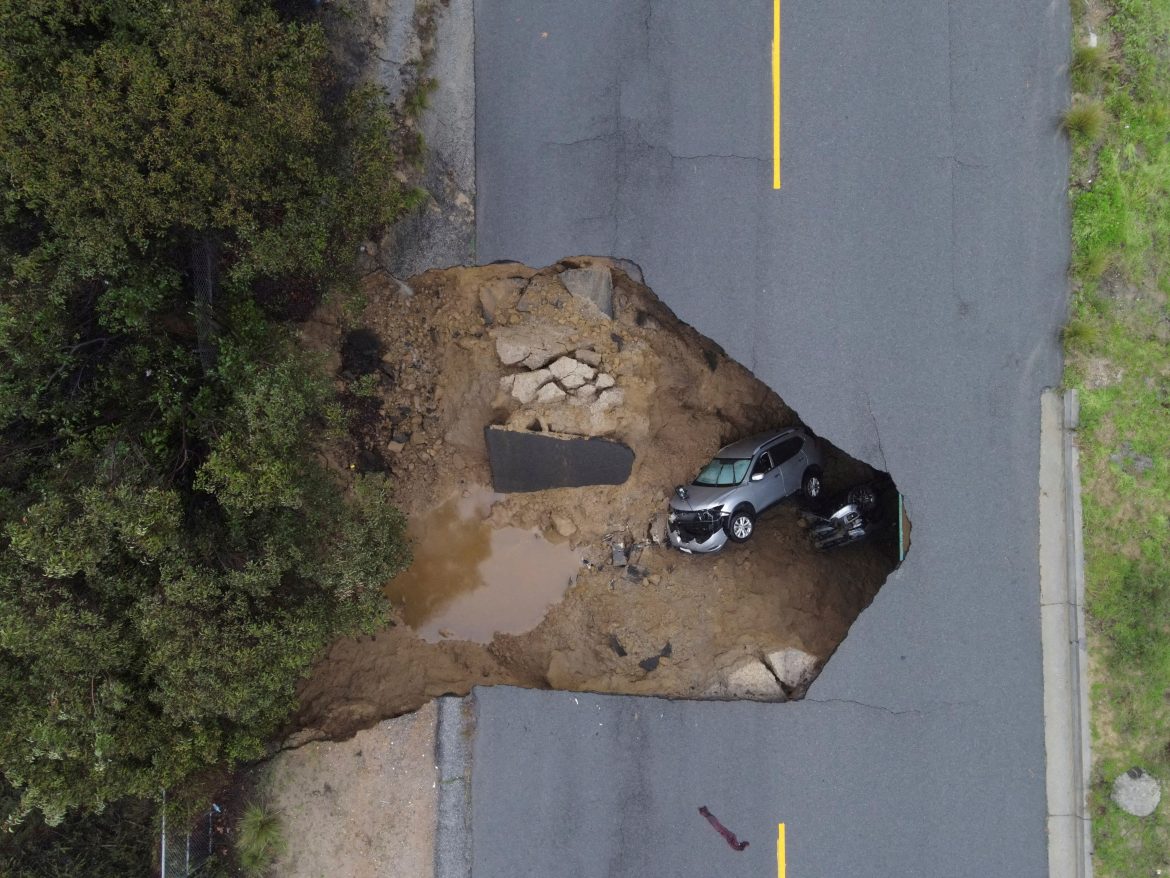 Northern California will on Wednesday bear the brunt of the latest Pacific storm to roll through the state, which has been battered by deadly rains and powerful winds that have chased thousands from their homes and flooded entire towns.

The newest round of storms was expected to produce torrential downpours and gale-force winds along the northern coast, where the threat of flooding will persist until Friday, the National Weather Service (NWS) said.

The forecast comes as a historic stretch of heavy rains and fierce winds since the end of December has caused widespread flooding that submerged towns and mudslides that have blocked major highways.

The storms, which have dumped more than two feet of rain in some areas, have killed at least 17 people since the start of the year, California Governor Gavin Newsom said.

On Tuesday, a Ventura County sheriff’s helicopter rescued half a dozen residents who were left stranded near Ojai, about 70 miles northwest of Los Angeles, after mudslides cut off the only road through Matilija Canyon, local media reported.

In the Rancho Oso area of the Santa Ynez Mountains above Santa Barbara, mud and debris across the roadway isolated about 400 people and 70 horses, the Santa Barbara County Fire Department said on Twitter, posting a photo of a vehicle stuck in the mud.

The search for a five-year-old boy who was swept away by raging floodwaters near San Miguel, a small village in Central California, was to resume on Wednesday morning, the local sheriff’s department said.

Wind gusts have downed powerlines, knocking out electricity to 51,000 homes and businesses as of early Wednesday, according to data from Poweroutage.us.

Earlier this week, thousands of people were told to evacuate in several communities across the state, including the entire affluent enclave of Montecito near Santa Barbara, due to heightened flood and mudslide risks.

Many of the evacuation orders have been lifted, but not in the rural town of Planada in Central California where neighborhoods and businesses remained underwater.

The torrential rains, along with heavy snow in mountain areas, are caused by “atmospheric rivers” of dense moisture funneled into California from the tropical Pacific.