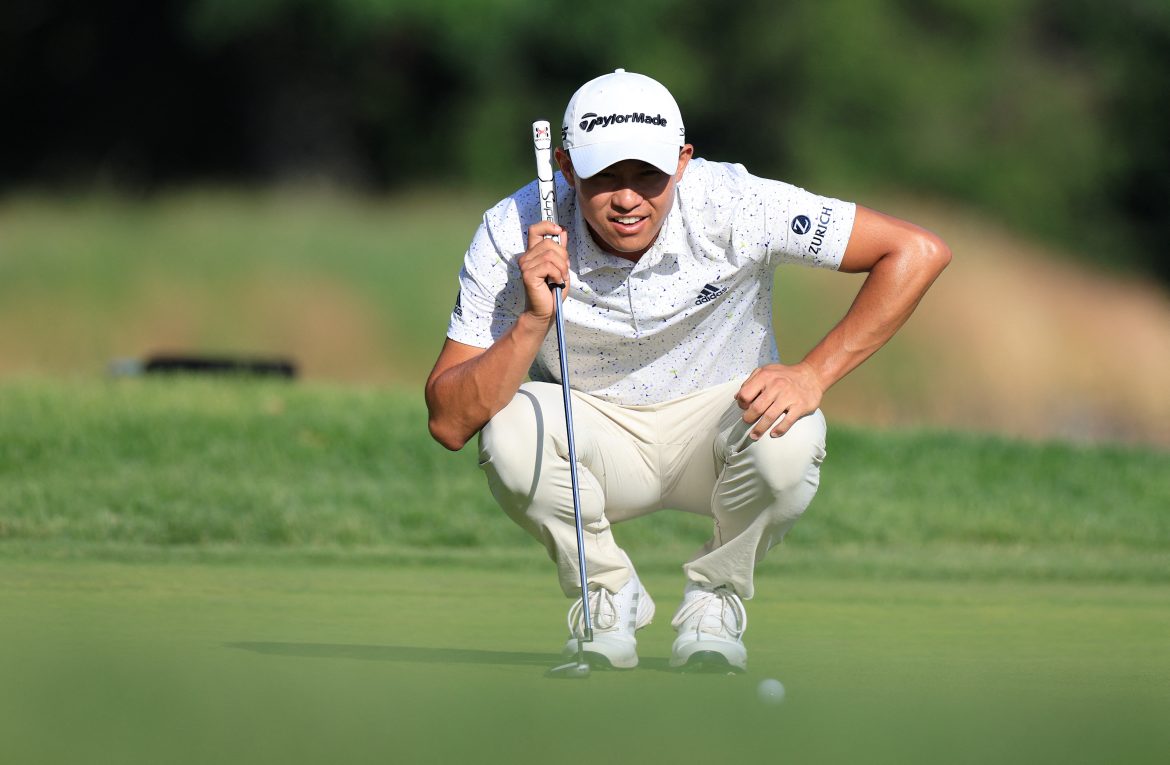 Collin Morikawa held a share of the U.S. Open lead after a riveting second round on Friday while defending champion Jon Rahm and tournament favorite Rory McIlroy sat one shot back on a star-laden leaderboard.

Twice major champion Morikawa fired a four-under-par 66 that was the day’s low round and left him at five under on the week at The Country Club outside Boston and level with little-known qualifier Joel Dahmen (68).

“No one has taken it deep so far and kind of run away, but you know what, right now my game feels really good,” said Morikawa, who is the only player currently in the top 10 of the world rankings without a PGA Tour win this season.

“The last few days is a huge confidence booster for me heading into this weekend, and hopefully we can kind of make some separation somehow.”

Dahmen, who considered skipping a recent U.S. Open qualifier so he could concentrate on upcoming PGA Tour events where he figured he would fare better, missed a 10-foot birdie putt at the last that would have given him the solo lead.

World number two Rahm (67) enjoyed another solid day on the greens to move up the leaderboard, while No. 3 McIlroy (69) overcame a shaky start to share third place along with Hayden Buckley (68), Aaron Wise (68) and Beau Hossler (67).

Lurking a further shot off the pace were a pack of five golfers that featured reigning Masters champion and world number one Scottie Scheffler (67), setting the stage for what could be a wild weekend at Brookline.

While a leaderboard with the top three players in the world rankings within two strokes of the lead is a fan’s dream going into a major weekend, even Rahm is excited about the chance to go toe-to-toe with his peers on one of golf’s biggest stages.

“It’s fun for all of us because we all want to compete against the best and beat the best, and it’s obviously a lot more fun for watching,” said Rahm.

“It’s great for the game of golf that the highest-ranked players and the best players are up there, especially in the tournament where truly the best player ends up winning.”

Morikawa began on the back nine and had a glorious chance to build a two-shot lead when his approach at the par-five eighth settled four feet from the cup, but he sent his eagle attempt right past the cup and settled for birdie.

He now heads into the weekend with his eyes set on winning a major title for a third consecutive year after triumphs at the British Open (2021) and PGA Championship (2020).

Dahmen, who considered skipping a recent U.S. Open qualifier so he could concentrate on upcoming PGA Tour events at which he figured he would fare better, missed a 10-foot birdie putt at the last that would have given him the solo lead.

“It’s kind of been a whirlwind really,” said Dahmen. “I was trying to think back on the round today, and it’s all kind of a blur really, which I think is probably a good thing.”

Scheffler, who began the day four shots back of overnight leader Adam Hadwin (72), was bolstered by a late eagle at the par-five 14th when, 55 yards away from the hole, he chipped in from the second cut of rough.

“If a few more putts would have fallen in versus around the edge, it would have been a really special day,” said Scheffler.

Six-time U.S. Open runner-up Phil Mickelson, who has become the face of the Saudi-backed LIV series, missed the cut after an 11 over total that was better than only two other competitors from the breakaway circuit.

“I enjoyed the week. Wish I had played better,” said Mickelson.

The U.S. Open field this week included 15 players from the LIV series and of those Dustin Johnson, Patrick Reed, Bryson DeChambeau and Richard Bland were the only ones to make the cut at the year’s third major.