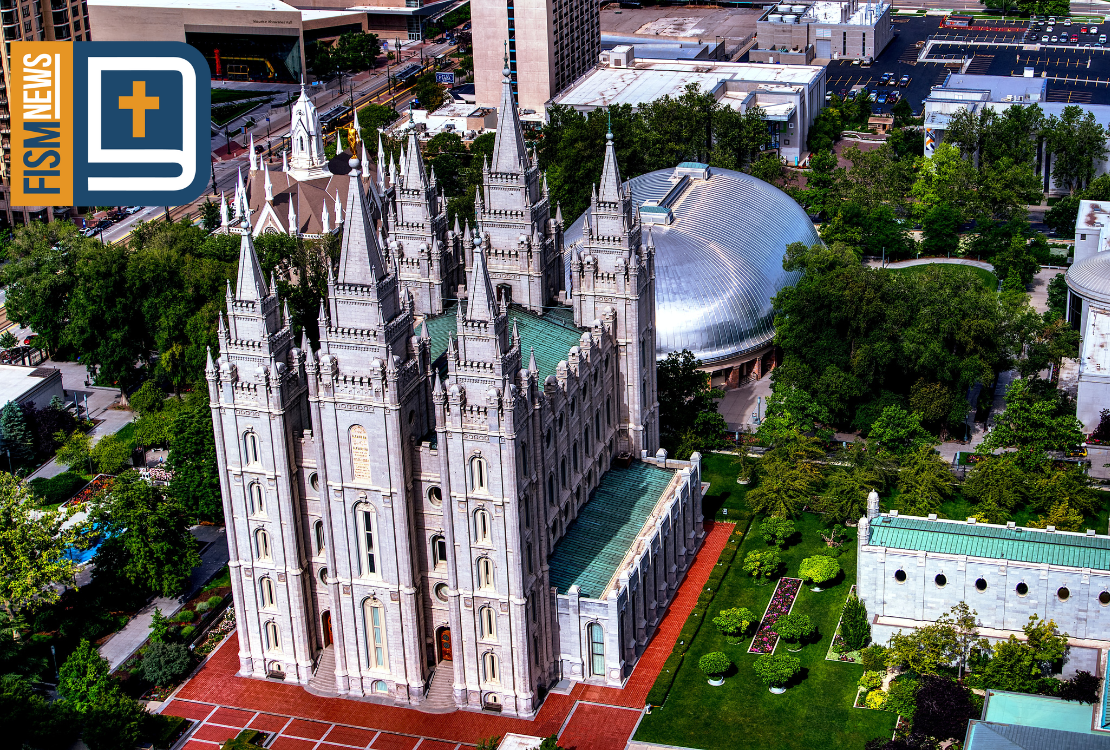 In an attempt to strike a balance between maintaining church doctrine and respecting the law of the land, the Mormon Church said on Tuesday that it would support proposed federal legislation, H.R 8404 – “Respect for Marriage Act,” that, if signed into law, will federally safeguard same-sex marriages.

However, at the same time, the church continued to clearly state that it considers same-sex relationships to be against God’s commandments.

The church posted a statement on its website that says,

We believe this approach is the way forward. As we work together to preserve the principles and practices of religious freedom together with the rights of LGBTQ individuals much can be accomplished to heal relationships and foster greater understanding.

Patrick Mason, a professor of religious studies at Utah State University, said this is in line with recent church tradition.

“This is part of the church’s overall theology essentially sustaining the law of the land, recognizing that what they dictate and enforce for their members in terms of their behavior is different than what it means to be part of a pluralistic society,” Mason said.

Troy Williams, the executive director of Equality Utah said, “Despite differences we may have, we can always discover common ground on laws that support the strengthening of all families.”

The original bill has recently been amended to, allegedly, insure that all religious liberty and conscience protections under the law, will remain intact. The amendment also makes certain that religious organizations will not be required to provide any services, facilities, or goods for the solemnization or celebration of any particular marriage.

With those changes in place, many in both parties are hopeful that Wednesday’s test vote on the bill will garner the 60 votes necessary to allow the debate to move forward en route to the final passage of the legislation.

Scripture is clear about what we should and should not allow within the culture in which we live.

Repeatedly in the Old Testament, the Israelites lived and intermarried with those who worshipped false idols and engaged in sexual immorality. Repeatedly, God either punished them or allowed them to suffer the consequences of their actions. From the Great Flood to the destruction of Sodom and Gomorrah, from the repeated sufferings of the era of Judges to the exile in Babylon, God’s people have suffered because of the sin they allowed to be normalized and celebrated within their communities.

Paul also warned in the New Testament against sexual immorality in the communities of Corinth (1 Corinthians 6:18) and the Roman church (Romans 1:26-27).

The Bible’s stance on homosexuality is clear. It is a sin and an abomination (Leviticus 18:22, 20:13). Those who practice homosexuality, like all other sins, and do not repent will not inherit the kingdom of God (1 Corinthians 6:9-11, Jude 1:7).

God created man and woman to be joined together as one flesh through the act of sex within the confines of faithful marriage (Mark 10:6-9, Genesis 2:24). Every other form and context for sexuality and marriage is a violation of God’s design and a sin, and the Bible teaches that “the wages of sin is death, but the gift of God is eternal life in Christ Jesus our Lord” (Romans 6:23).

Make no mistake, our culture is suffering and will suffer further if our country continues to ignore God’s design for mankind.

For this reason God gave them up to vile passions. For even their women exchanged the natural use for what is against nature. Likewise also the men, leaving the natural use of the woman, burned in their lust for one another, men with men committing what is shameful, and receiving in themselves the penalty of their error which was due. – Romans 1:26-27

Stand strong, Believer, and do not fall into the trap of “acceptance” and “tolerance” of sin. Boldly proclaim the truth of Scripture and the need for righteousness and repentance in individuals, communities, and our nation. Do not fall, as the Mormon Church has, into the false notion that what is right for the Church is not right for our nation and the world as a whole.